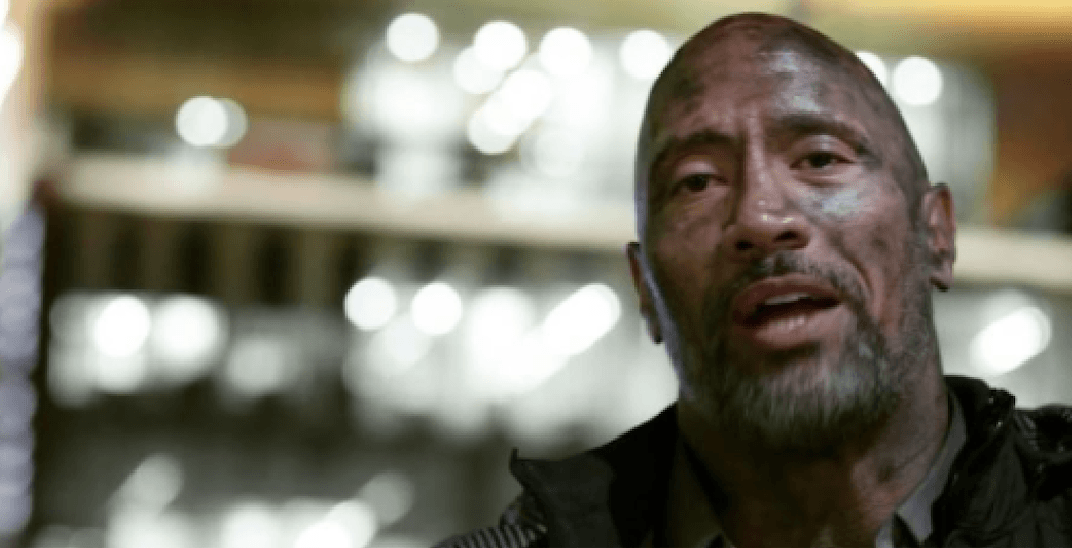 The Rock in front of Surrey City Hall. (@therock / Instagram)

It’s no secret that Dwayne “The Rock” Johnson has been sharing a lot of his love with Vancouver over the last few months, as he is currently in the city filming big budget Skyscraper.

And over the weekend, the production of the movie sent the The Rock and his crew to Civic Plaza outside Surrey City Hall.

Filming occurred Friday and Saturday on the plaza, and involved turning the public space into an emergency services set.

Now, with that part of the filming done, The Rock shared some kind words for Surrey Mayor Linda Hepner, City staff, and BC in general.

“THANK YOU, Mayor Linda Hepner and her entire staff for the warm ‘We ❤️ DJ’ welcome to your city,” The Rock writes in the caption. “And thank you, British Columbia/Canada for welcoming me like a son.”

But he didn’t stop there. The Rock also talked about his time here and what working on this film has been like.

THANK YOU, Mayor Linda Hepner and her entire staff for the warm “We ❤️ DJ” welcome to your city. And thank you, British Columbia/Canada for welcoming me like a son. On a personal growth note, years ago this province served as catalyst for a defining time in my life when I was cut from the CFL and my dreams of eventually making it to the NFL were over. I didn’t understand the value of it then, but I certainly do today – making the CFL/NFL was the best thing that never happened. Remember that when life kicks our asses and crushes our plans. Have faith because sometimes that goal might be the best thing that never happened. Now where the hell is my tough guy macchiato pumpkin spice latte? #SkyscraperMovie #Surrey #Vancouver 🇨🇦

We love you too, DJ.