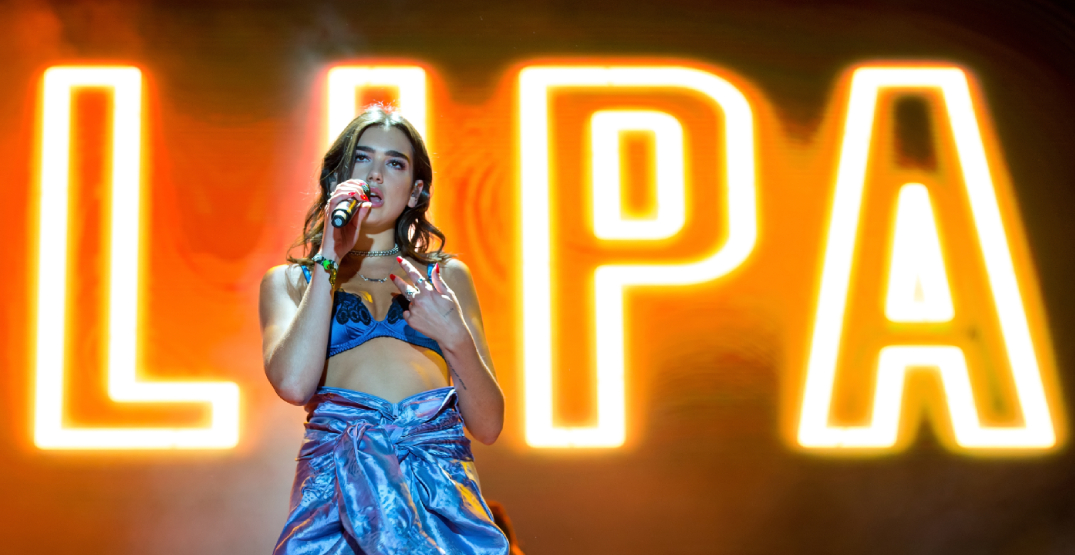 Stadium concerts typically have some sort of pyrotechnics coordinated ahead of time but the fireworks that went off at last night’s Dua Lipa concert were unplanned.

Concertgoers who were at Scotiabank Arena in Toronto posted videos on social media when the fireworks started to go off around 11:42 pm. It’s alleged that someone snuck them in and set them off themselves.

“Someone sneaks fireworks into the Dua Lipa concert?” reads one tweet.

Didn’t realize the fireworks at the @DUALIPA concert at @ScotiabankArena were not planned until Dua actually pulled her hair back 🫠 pic.twitter.com/JyS4KnFAjm

Others in attendance took to social media to provide their own point of view. Many mistook the sound of the fireworks for gunshots.

One user on Twitter says security at Scotiabank barely checked bags that night.

security unfortunately barely checked bags tonight :/ mine wasn’t checked and neither was my friends…. very scary

“After what happened at Ariana’s Manchester concert, you’d think security would know better!!” says another, referencing the 2017 concert at Manchester Arena where a suspect detonated a bomb inside, killing 22 people and injuring 116 more.

Isabelle Docto, who sat in the 300s section of the arena, comments on the lack of urgency on security’s part.

“It’s so weird because it seemed like there was no urgency from security or any real panic, so we were all confused,” she tells Daily Hive.

MLSE, which owns and operates Scotiabank Arena, issued an official statement to Daily Hive, acknowledging the “unauthorized and illegal fireworks” that went off last night.

“As one of the premier venues in North America, creating a safe and secure venue for every attendee at Scotiabank Arena is MLSE’s top priority and we immediately began working in cooperation with Toronto Police Services to fully investigate this reckless and dangerous act,” the statement reads.

“There is no suspect information at this time,” police say, adding that it’s still an active investigation. “Investigators are working with security at the arena to view video surveillance.”

The performer apologized to her fans on social media Thursday afternoon.

“I’m so deeply sorry for anyone who was scared, felt unsafe or whose enjoyment of the show was affected in any way,” she wrote in her Instagram story. 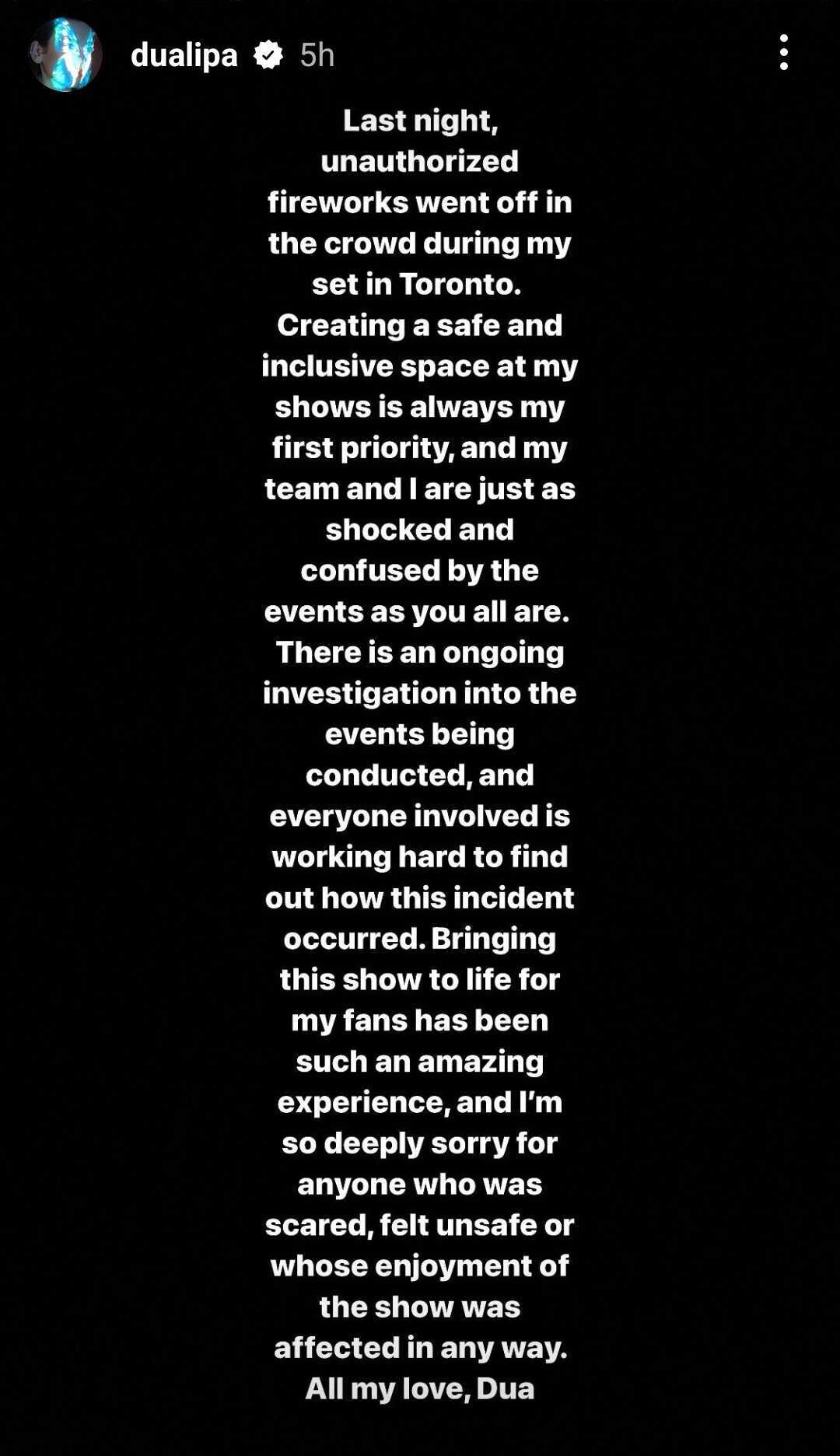 Lipa added that she was just as confused and shocked by the turn of events as everyone else was.

“There is an ongoing investigation into the events being conducted, and everyone is working hard to find out how this incident occurred,” Lipa wrote.