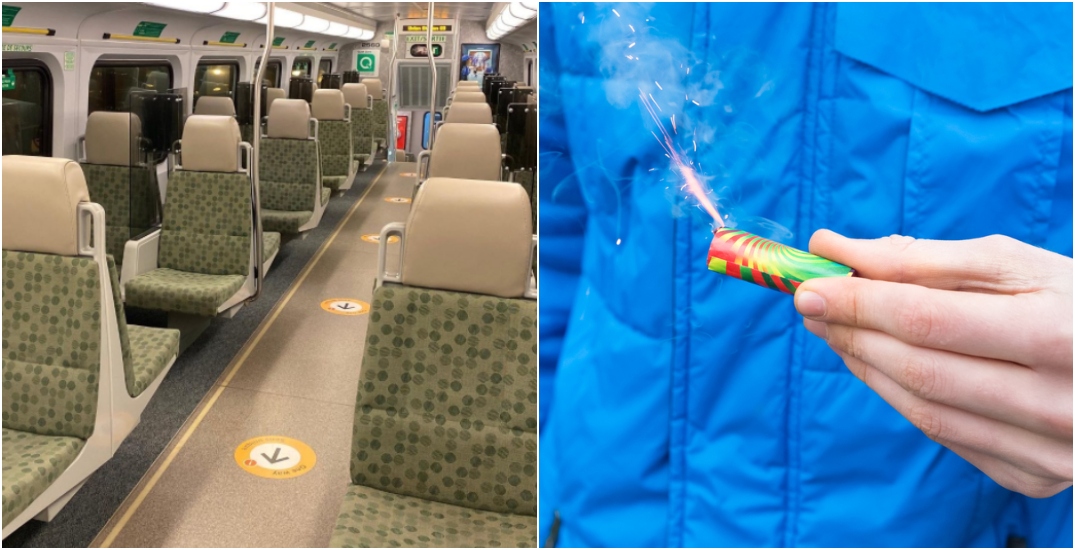 After receiving reports of fireworks being set off on the GO Train, police have arrested and charged a 14-year-old.

At approximately 9:30 pm on Thursday, June 30, Metrolinx received reports of a group of young people setting off fireworks from the floor of a cab on a moving GO Train. The group was pulled off by Special Constables at Rouge Hill where the teenager was arrested.

“Fortunately, neither incidents caused serious injuries,” a Metrolinx spokesperson told Daily Hive. “However, setting off fireworks in the direction of people or on trains is incredibly dangerous and could result in serious injuries and charges.”

Only the 14-year-old has been arrested but police are looking to identify and charge more suspects.

It’s not the first fireworks-related incident this week.

The spokesperson said a similar incident occurred on Sunday, June 26 that involved “young people shooting lit fireworks directly at one of our station staff.”

“It is our second incident involving fireworks in the past week so Metrolinx is joining police efforts to warn the public of the dangers of fireworks especially around trains or people,” they stated.