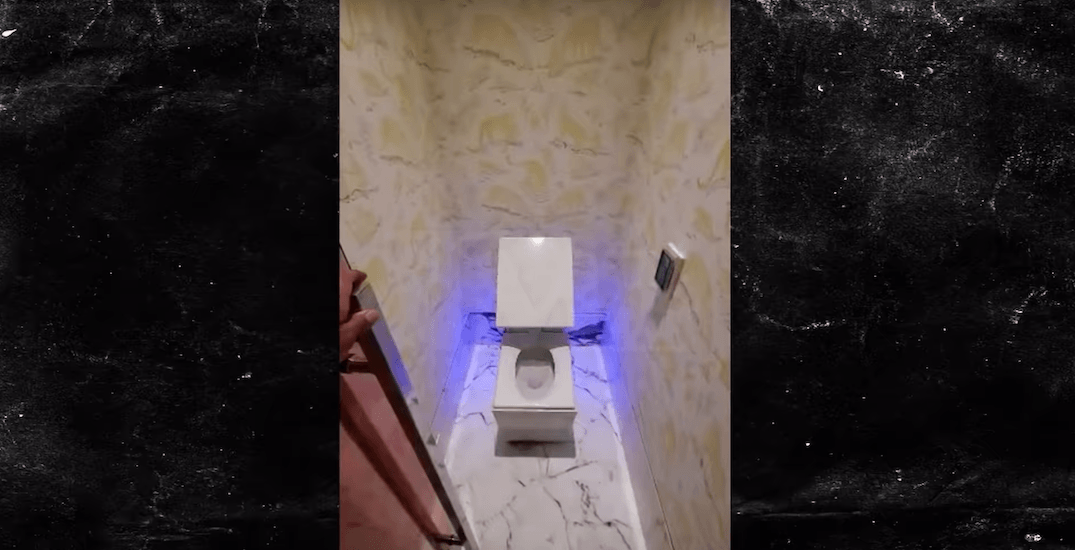 A recently released video of Drake’s mansion in Toronto’s prestigious Bridle Path neighbourhood reveals the rapper’s pad is in a league of its own.

For starters, his bathroom is equipped with a musical toilet that plays soothing sounds as it opens automatically once you open the door.

Oh yeah, the toilet bowl is also decked out with flashing neon lights. Because why wouldn’t you want to have strobe lights pulsing as you do your business?

The video, which was obtained by TMZ, gives a sneak peek into the Toronto rapper’s monstrous estate, which appears to be complete.

In addition to the lavish bathroom, the video also shows Drake’s full-size OVO basketball court, which is equipped with a scoreboard and an elevated viewing area.

The video also reveals what Champagne Papi’s elaborate walk-in closet looks like, which will most likely hold all of the Birkin Bags he’s been low-key collecting for his future wife over the years.

There’s also a stunning lounge-area, with enough seating and space for all of Drake’s crew members (and a few groupies).

All we want to know now is when is the housewarming party and how do we get invited?