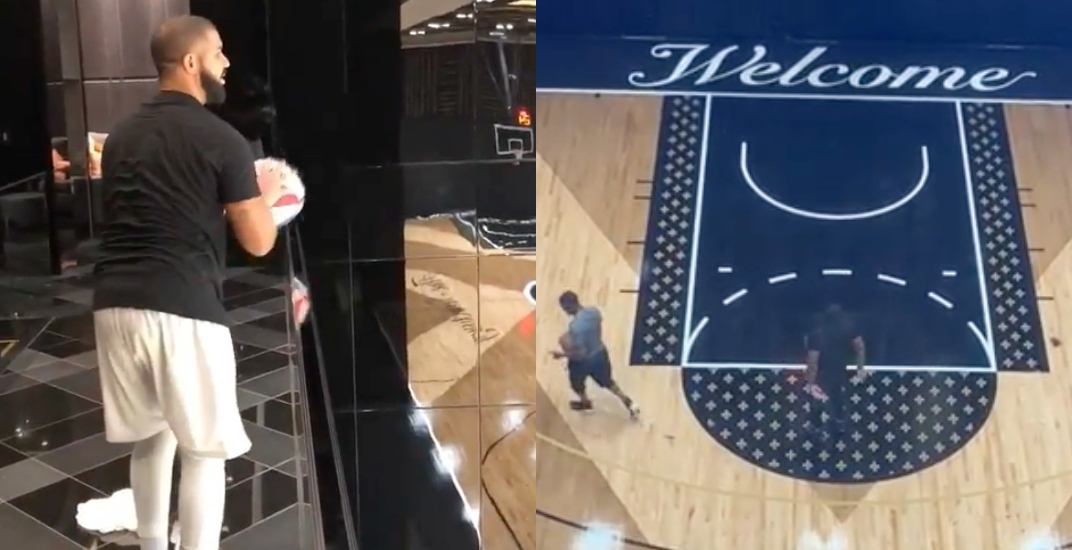 The Toronto hip hop star has an OVO-branded court at Scotiabank Arena and has taken over the naming rights of the Raptors’ practice facility, but those aren’t the courts we’re talking about.

This one is located inside of his lavish mansion in the Bridle Path.

Drake drained an impressive three-pointer from what could be his kitchen, high above the court, in a video posted to Instagram.

Drake with the trick shot on his OVO court 👀

A second video gives more of a glimpse of the court. “Welcome” is printed on the baselines, similar to what the Raptors have on their OVO Court at Scotiabank Arena.

Here’s another look at the court as it was being built: