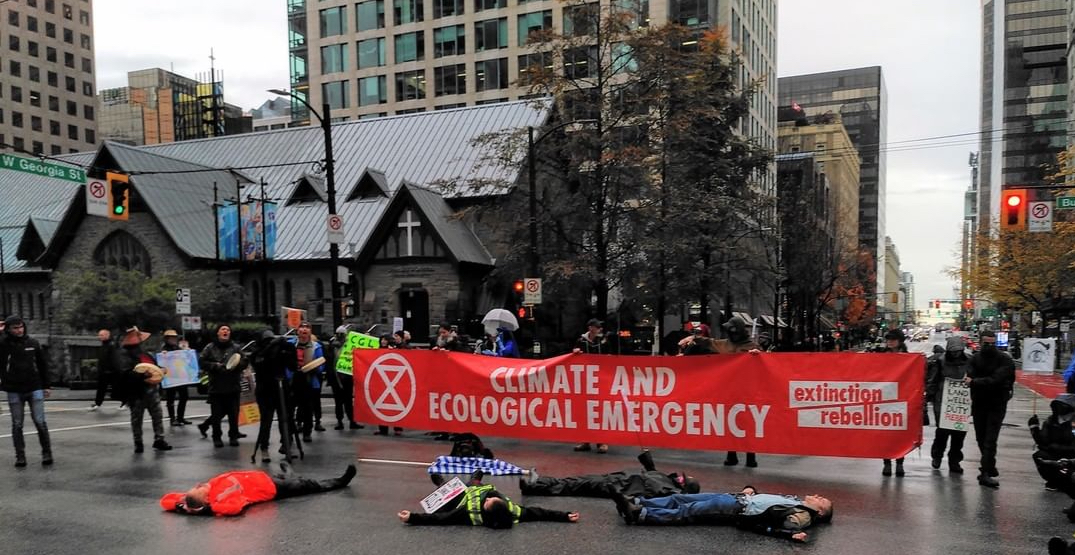 A protest is set to take over part of downtown Vancouver Friday and is expected to make a mess of traffic in the city.

Extinction Rebellion Vancouver has been protesting every day for the last two weeks as part of its October Rebellion to call for an end to fossil fuel subsidies and demand climate action.

The final protest is happening on Friday, October 29, and it will be the 14th day of protests in what they’re calling a “grand finale.”

In a press release, the group said that they will be meeting at Nelson Park at 4:30 pm, at 1030 Bute Street in the West End. Then, they will engage in a winding “snake march” through the city.

Without disclosing a planned protest route, it’s difficult to say where the traffic disruptions will happen. However, the event’s Facebook page says the march will end with action at a “busy downtown intersection.”

Organizers also said that activists will be risking arrest by locking themselves to a structure. According to Extinction Rebellion, there have been at least 49 arrests related to their activism in BC this month.