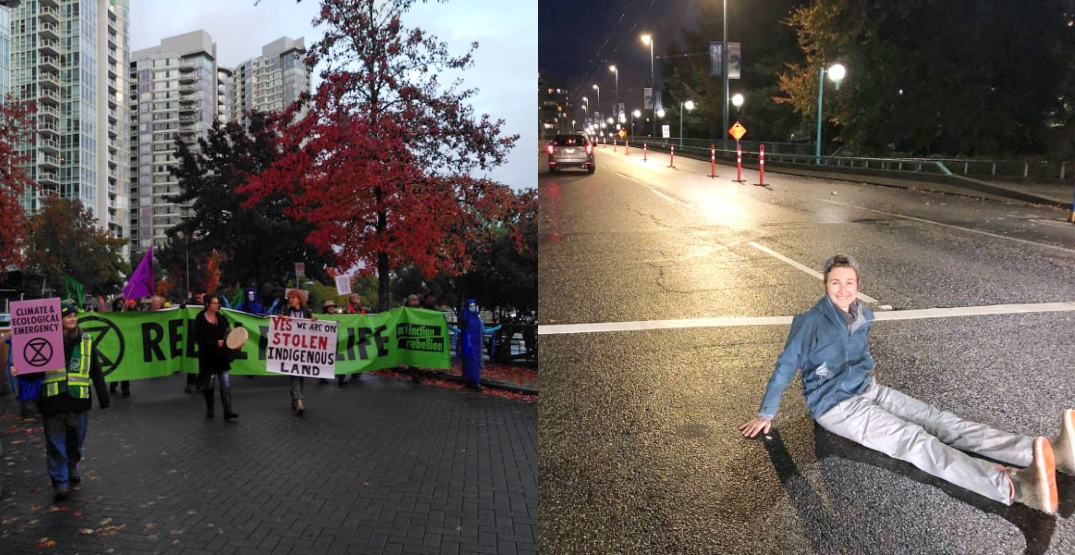 A protester in Vancouver was arrested after gluing themselves to the Cambie Bridge as part of ongoing climate activism in the city.

Extinction Rebellion (ER) Vancouver released a statement sharing that on Friday, October 22, that a woman by the name of Tara was arrested after they glued themselves to the Cambie Bridge – a main connecting route to downtown Vancouver.

Vancouver Police said that no one was glued to the bridge but that there had been one arrest.

The protester is the 15th person to be arrested since the activism began on Saturday, October 16. Daily Hive has reached the Vancouver Police Department for details and will update this story.

“Those of us born into this system are taught that there is no other choice but to accommodate this harm. There is an alternative. I want my niece and nephews to have every opportunity to thrive. To create change, we must interrupt the harm. This is our work.”

There will be another Cambie Bridge protest on Saturday, October 23, with participants gathering at Coopers Park at noon.

Here’s ER Vancouver’s full schedule of events, including the locations for each day left in their October Rebellion: