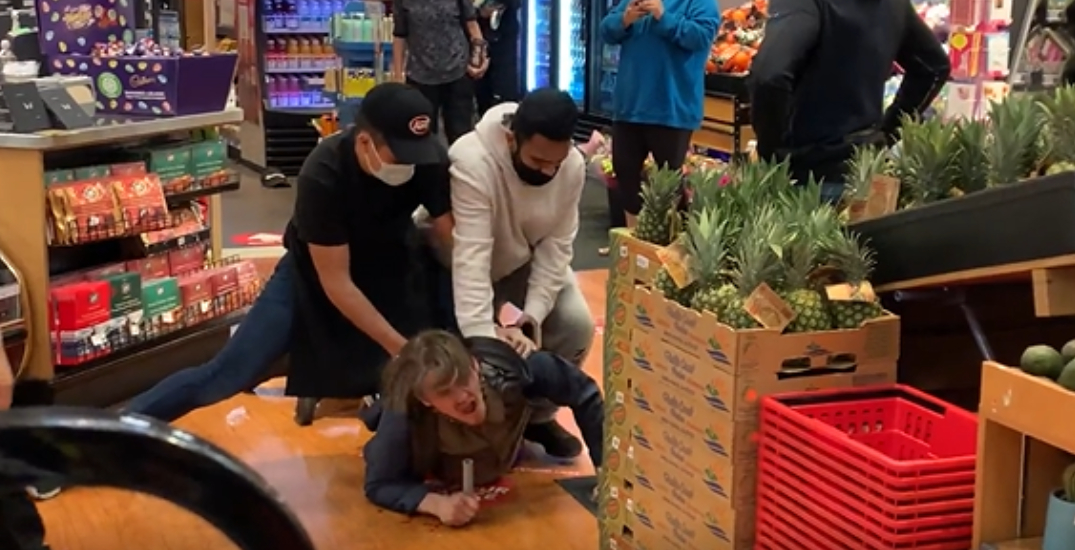 A 35-year-old man has been arrested for allegedly assaulting and threatening several grocery store workers in downtown Vancouver.

According to the Vancouver Police Department (VPD), the incident occurred at the Robson Street IGA just before 5 pm on April 23.

Media Relations Officer Tania Vistin told Daily Hive that a man allegedly struck one employee in the head, threatened a second worker, and smashed “a number” of flower pots.

Video of the incident shared on social media shows a man throwing an object and yelling near the front of the store.

As he walks further into the supermarket, he swings a small object at several people before being wrestled to the ground by bystanders. VPD officers arrive shortly thereafter.

Vistin said the man was arrested for assault with a weapon, uttering threats, and mischief. One staff members was injured during the incident.

“Unfortunately, this family-run business has been hit quite hard by violence in recent years, and their staff are dealing with this kind of thing on a daily basis,” Vistin said.