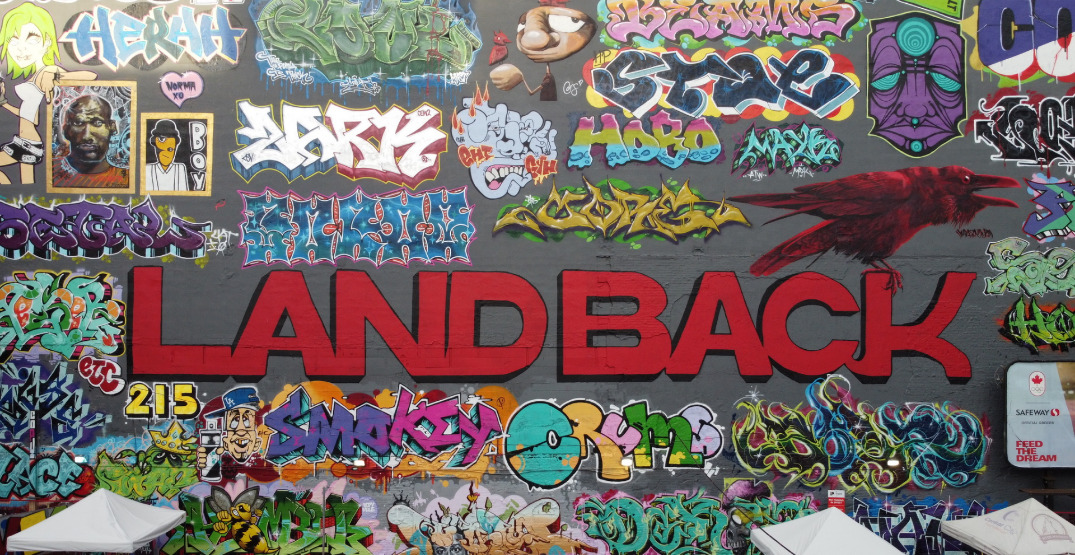 After months of work, a mural at 99 West Pender Street in the Downtown Eastside can now be viewed in all its glory. But the consultation, organization, and effort that went into creating it might be just as glorious.

Trey Helten is the General Manager of the Overdose Prevention Society (OPS), and he undertook the colossal task of putting together this mural on the 12 ft high by 80 ft wide side of a six-storey tall building.

The final product included contributions from over 37 artists, and it was completely crowdfunded.

Graffiti is a polarizing and controversial topic in the city, but street art and vandalizing private property are two very different things.

The lot on Pender Street isn’t private property. It was actually rented out to the OPS by Vancouver Coastal Health for use as an outdoor inhalation site. It also features tents and canopies with benches for people to find reprieve from the heat. On some days, they see up to 900 participants to rest or drink water.

All the work was done completely legally. 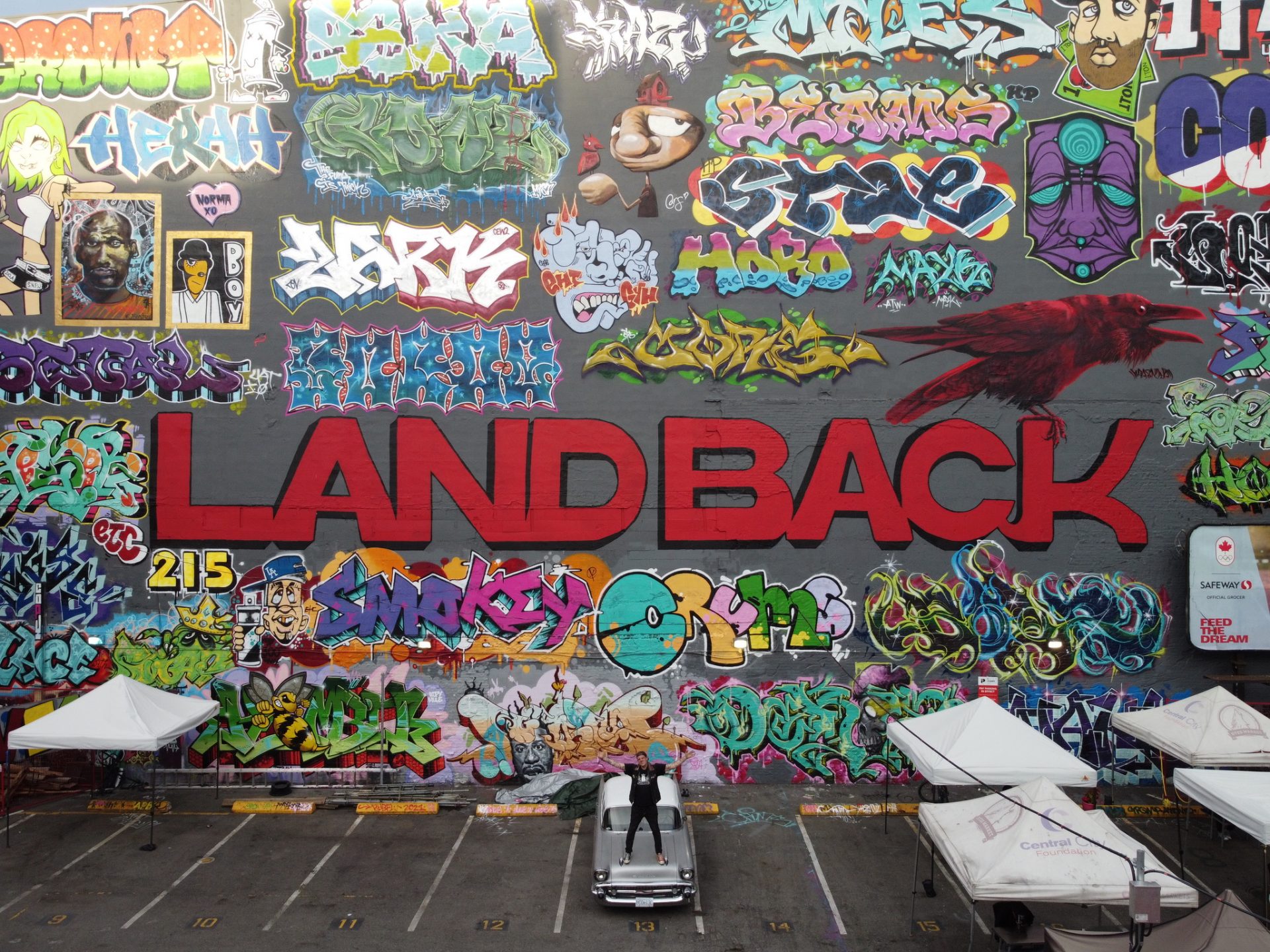 “Whenever OPS is around, things get brighter and things get better. We wanted to put some nice-looking art up there for the community,” Helten told Daily Hive. 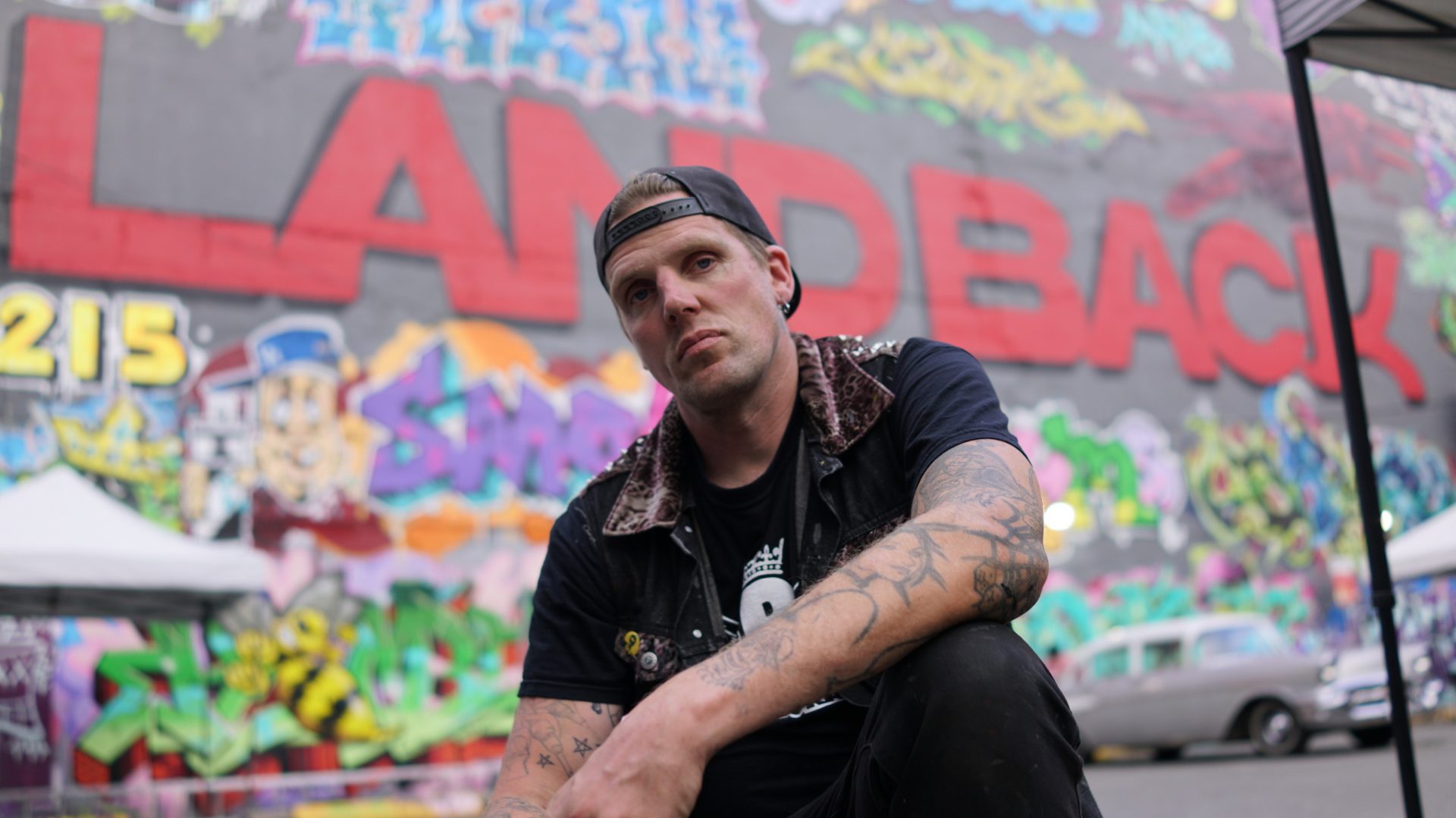 Who is Trey Helten?

Helten is a former drug user, once addicted to crystal meth and heroin. He got clean in a 12-step program back in 2016, and was encouraged by his therapist and his friends to find something to focus his energy on.

“When I got clean, I had to learn how to be a contributing member of society all over again.”

He’s been doing graffiti, or graff, as he and some artists call it, for about two years. 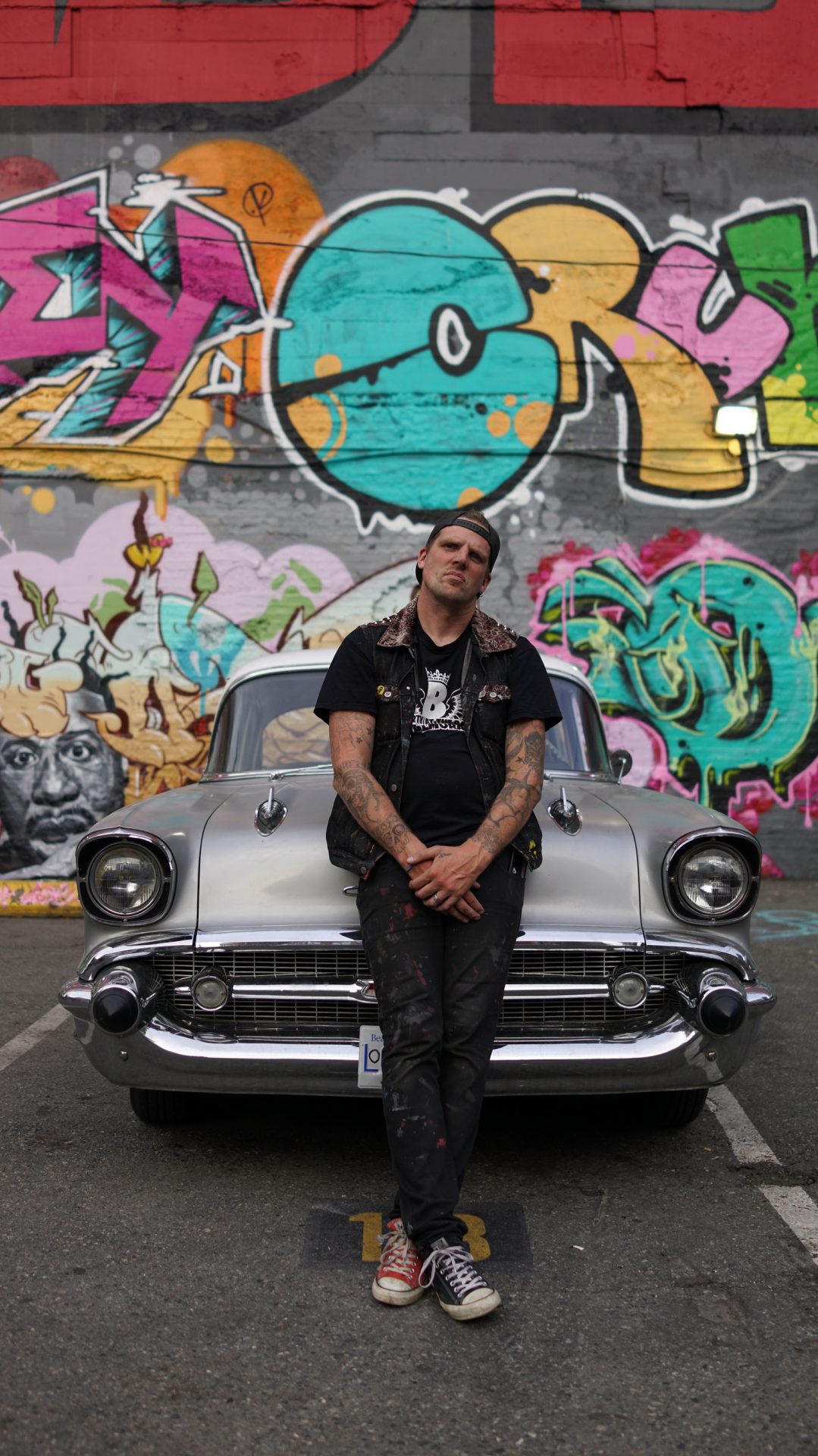 When Helten got control of this lot on Pender, he said that it was pretty damaged, and paint was peeling off. 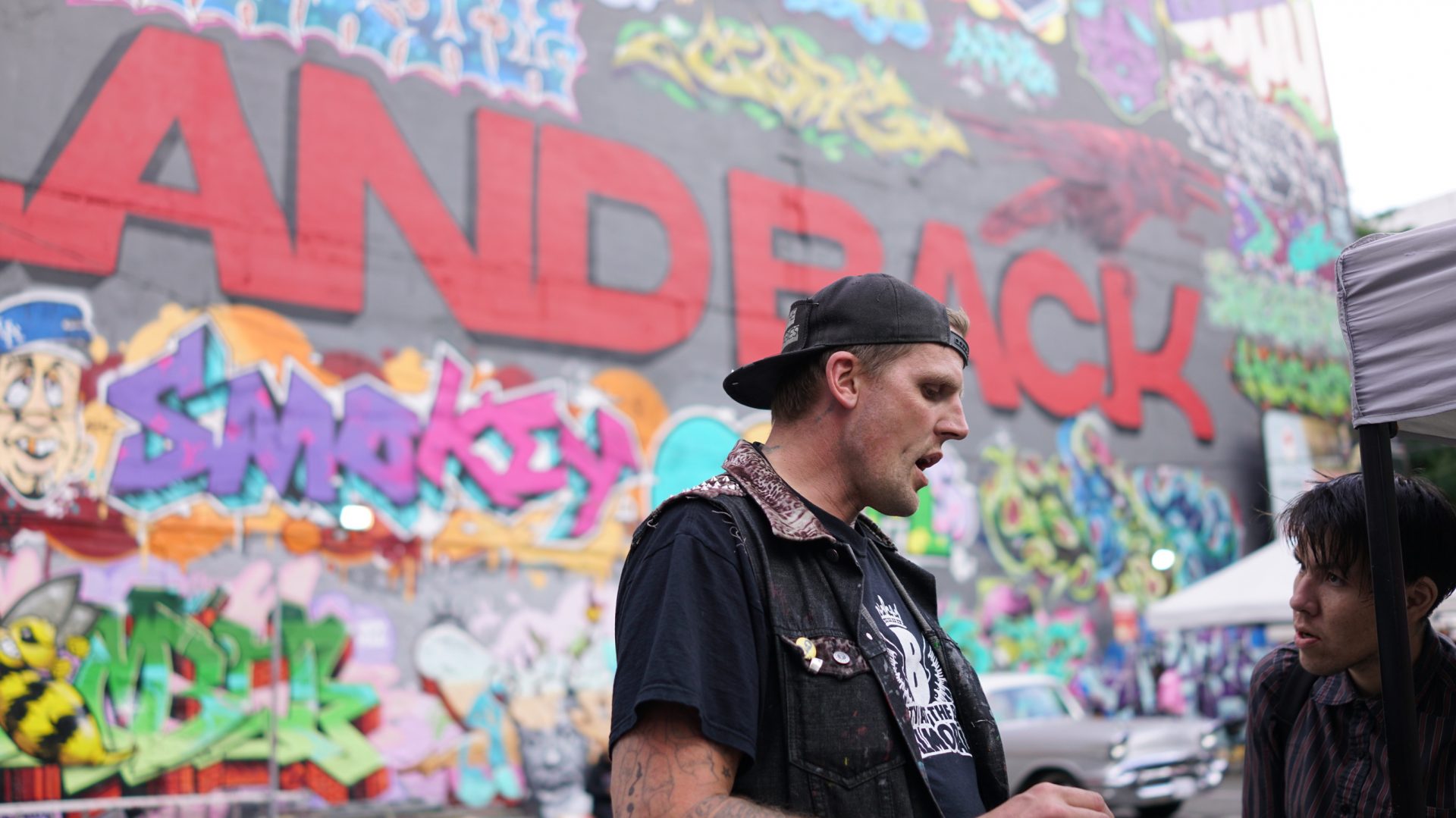 Helten spoke about a technique that amateur graffiti artists sometimes use, utilizing a fire extinguisher as the main tool. Essentially, they fill the extinguisher with paint and water, and that technique has been used to put up some “undesirable graffiti,” as Helten called it.

This project wasn’t cheap, and Helten ended up putting in over $5,000 himself to help pay for artists who couldn’t afford their own art supplies or paint.

The total project ended up costing over $20,000. The lift they used to work their way up the wall was $8,000 alone, which also required paying a licensed lift operator who could be there every day.

They did get offered a grant which they didn’t even need to use because of the success of the crowdfunding campaign, making the grant available for other projects.

The interest in the project went as far as Nova Scotia, where someone donated $500.

A GoFundMe was launched which paid for most of the mural, and there were also some private contributions, including donations from people living in the Downtown Eastside, some of whom are homeless. 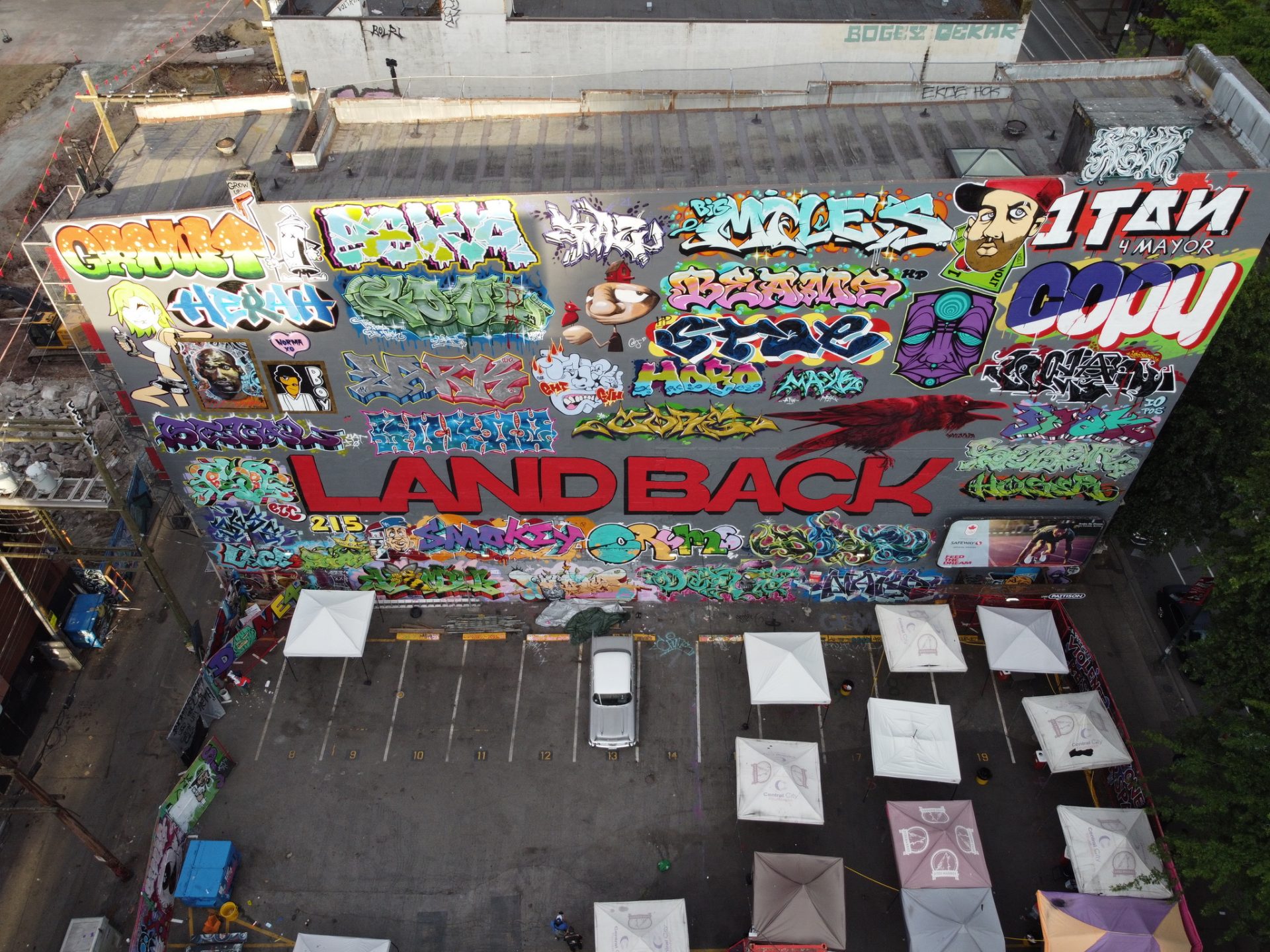 The words “Land Back” are prominently featured as the centrepiece of the mural. Many Indigenous artists contributed to the mural.

A private Facebook group called “Downtown Eastside News Updates and Events” was used for consultation on what the theme of the mural should be. Two of the more popular suggestions included “Welcome to Chinatown,” and “In Graffiti We Trust.”

But, the community wanted something Indigenous themed, and something that showcased that community’s strengths. “Land Back” is what they settled on.

“It’s about honouring Indigenous and First Nations peoples’ right to the land, but also encouraging people to learn their traditions, languages, and keeping all of that alive,” said Helten.

Indigenous artist Maskwa was one of the people who contributed, painting an ultra realistic raven. 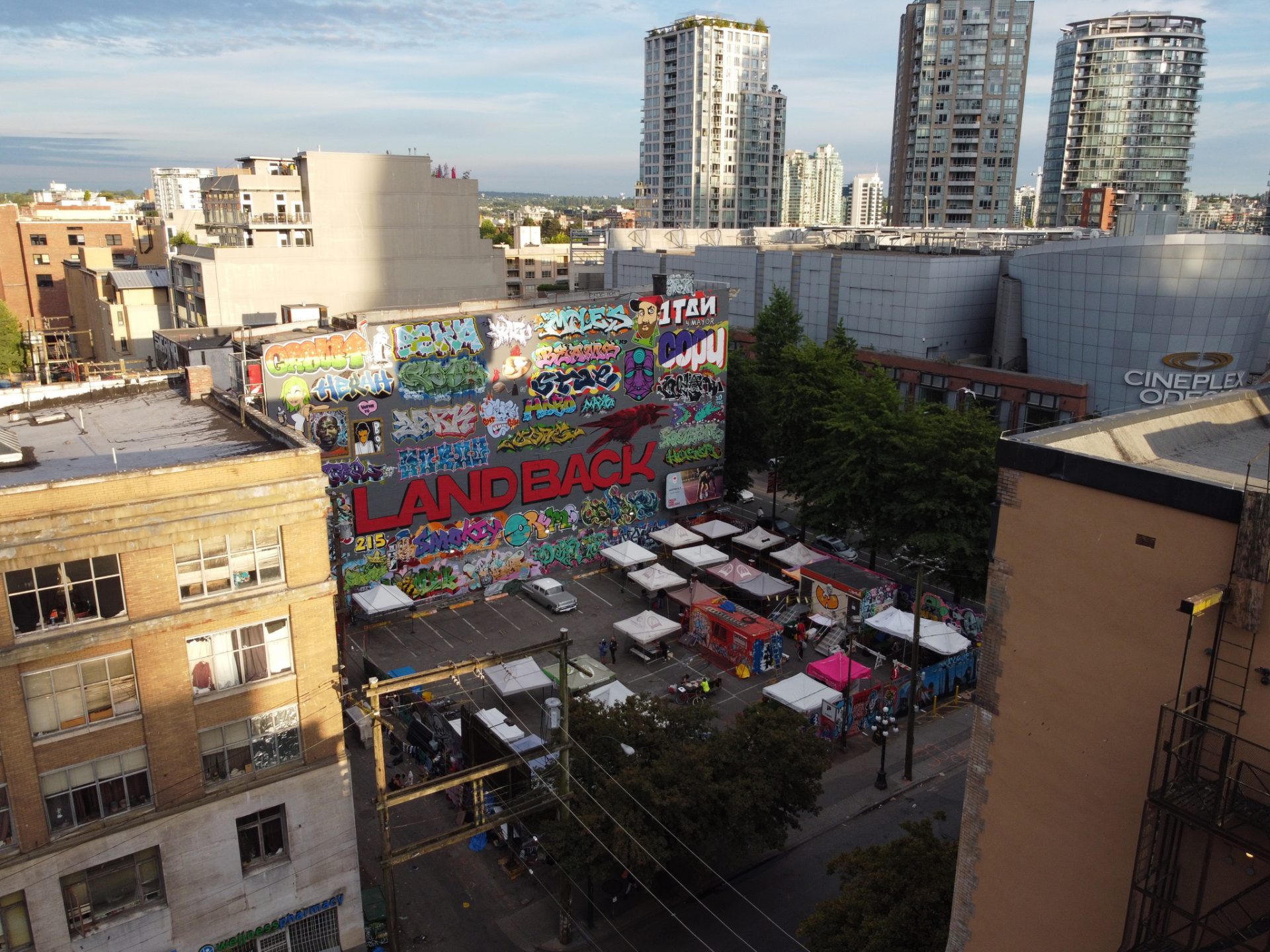 Helten also praised the people behind Vancouver Mural Fest for how freely they shared information on how to build this project from a logistical standpoint.