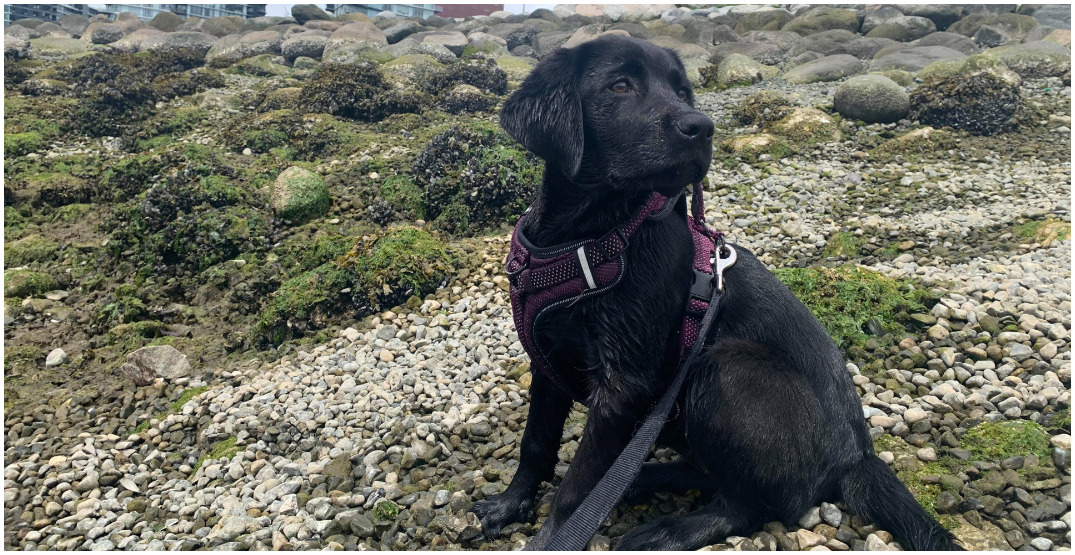 A Vancouver dog owner suspects her puppy was poisoned by opioid residue in a tragic development for a local family that resulted in the puppy’s death.

The black Labrador puppy, Onyx, was a support dog for the owner’s son.

The boy’s mother, Joelle Gowryluk, believes the situation either took place at Habitat Island just off the seawall in Olympic Village, or a gated dog park nearby.

Gowryluk told Daily Hive that her family has been through a lot in the last few years.

Onyx was actually a gift for Gowryluk’s son.

“I decided for his 11th birthday present to get him a puppy, and then that puppy would be trained to support him.”

It all happened very quickly, according to Gowryluk, after a trip to Habitat Island and a gravel dog park nearby on Monday.

Her primary suspicion is that Onyx’s death was the result of opioid residue that she believes is present in the area. 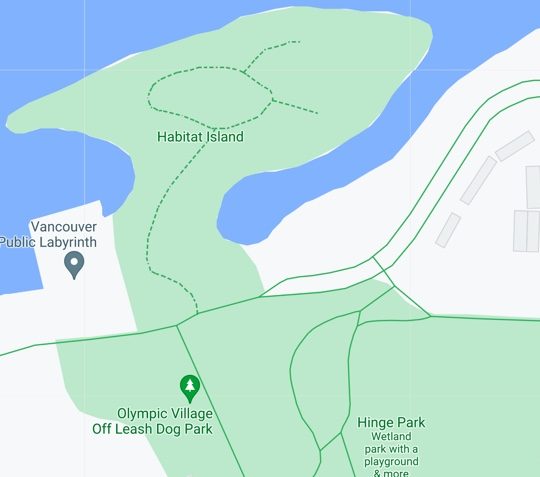 After they got home, Gowryluk noticed that Onyx was starting to have some tremors and began breathing heavily.

“She played at the park for about 20 minutes, and then she started looking serious. I knew something was off with her at that point,” said Gowryluk.

“Her appetite just shut off,” Gowryluk recalled. The first vet they took Onyx to recognized signs that seemed consistent with a poisoning of some sort.

The puppy left an impact on the neighbourhood she lived in.

“I ran into one of our neighbours and they already knew. They were just in tears. Everybody knew her and loved her.”

In response to an inquiry from Daily Hive, the BC SPCA said, “In many of the cases we investigate it turns out that there was some other reason for the animal being sick, or the people don’t actually take their pet to a vet so there’s no way of knowing if it is actually poisoning. There are some things in nature that a dog might eat outdoors that might cause stomach upset.”

“We can’t share details of the vet records without the owner’s permission, but we can say there was no evidence of poisoning and the file is now closed,” the SPCA concluded.

There have been incidents in the past where dog poisonings have taken place in BC parks and trails.

“I know that there are opioids at parks now. I’ve heard dozens of horror stories,” Gowryluk said.

That’s why they’ve organized a cleanup for June 26th at 2PM in the Habitat Island area.

You can find more info on the public Facebook group, The Real Dogs of the Olympic Village.