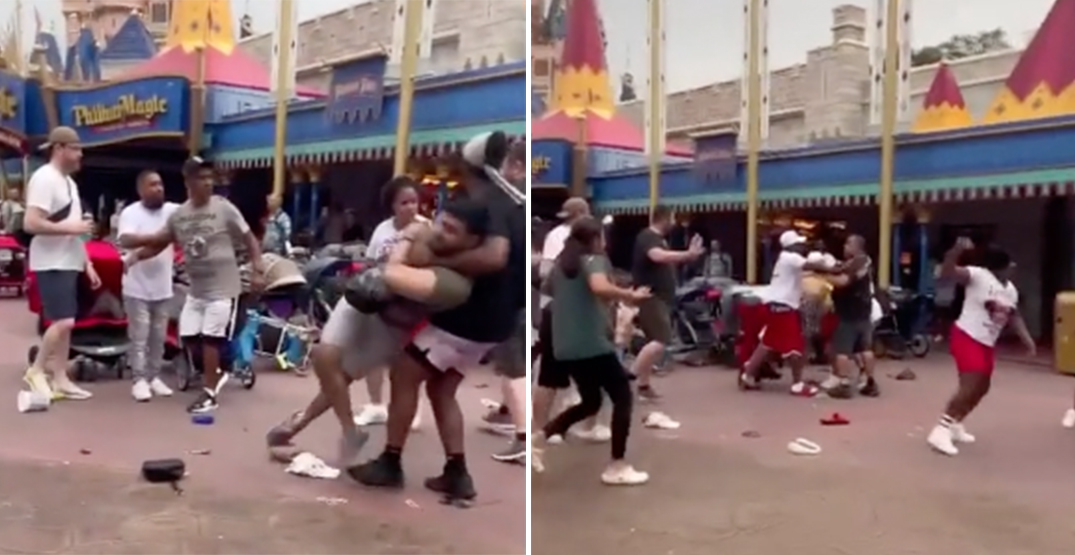 Walt Disney World went from “the most magical place on earth” to the most violent Wednesday evening when a huge brawl broke out between two families.

“Deputies conducted their investigation and subsequently arrested three people for misdemeanor battery,” a spokesperson told People on Friday. “One person was taken to the hospital for a minor injury.”

Video of the incident was provided to the blog Walt Disney World News Today (WDWNT) by one of the people who was allegedly involved in the altercation inside the Magic Kingdom.

According to WDWNT, the two families were in line for Mickey’s PhilharMagic, when one member of one of the families left to retrieve her cellphone.

When she came back to rejoin the line with her family, the other family “denied” letting her back in, “pushing her back.”

After the show, the family with the member who was pushed waited by the exit to confront the other group, saying, “Listen, man, we don’t want trouble, we don’t appreciate you guys pushing my younger sister.”

It quickly turned into a shouting match, and then into an all-out brawl, reported WDWNT.

The video below shows the altercation.

Both families were escorted to a Walt Disney World security office for a statement after the brawl.

According to WDWNT, one family member was hospitalized due to a large cut on his chin, while others also had cuts and bruises.

Towards the end of the video, you can see Disney World park officials breaking up the fight.