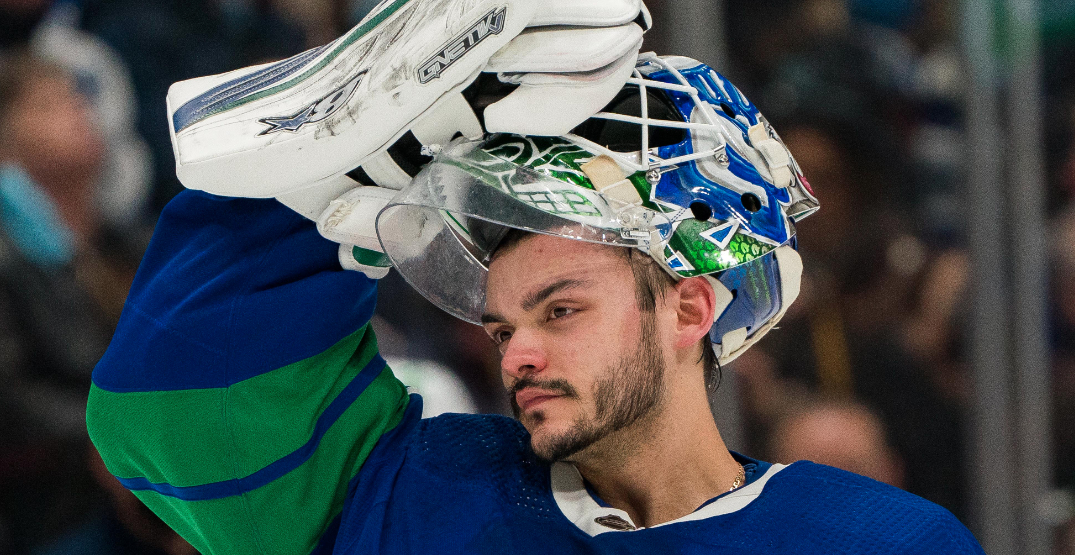 Michael DiPietro apparently has the Vancouver Canucks’ blessing to find other arrangements.

DiPietro’s agent, Darren Ferris, has permission to seek a new destination for his client, according to a report from Rick Dhaliwal of CHEK on Sunday afternoon.

The 23-year-old goaltender accepted his qualifying offer from the Canucks on Saturday. The deal will pay him $840,000 in the NHL and $70,000 in the American Hockey League with the Abbotsford Canucks.

The agent for G Michael DiPietro
Darren Ferris has permission from the Canucks to talk to teams and help with a trade.

DiPietro, who was selected in the third round (No. 64) in the 2017 NHL Draft. has logged three games of NHL experience, and was 0-1-0 and allowed three goals on 17 shots in 57 minutes of action with Vancouver last season.

The keeper is in tight competition for crease time, with Silovs emerging and with the Canucks adding free agent goaltender Collin Dellia on a one-year, one-way contract three days ago.

Silovs, who had a 3.10 goals-against average and .888 save percentage in 10 appearances in the AHL last season, and Dellia are likely to form the tandem in the AHL.

Dhaliwal indicated the Canucks may be looking to get him a “fresh start” last month.

“Mike DiPietro, it’s time for a change. He needs a fresh start, he’s got to get out of here. He’s falling behind Arturs Silovs,” Dhaliwal said on June 29, speculating that the Montreal Canadiens could be partners in a potential swap.