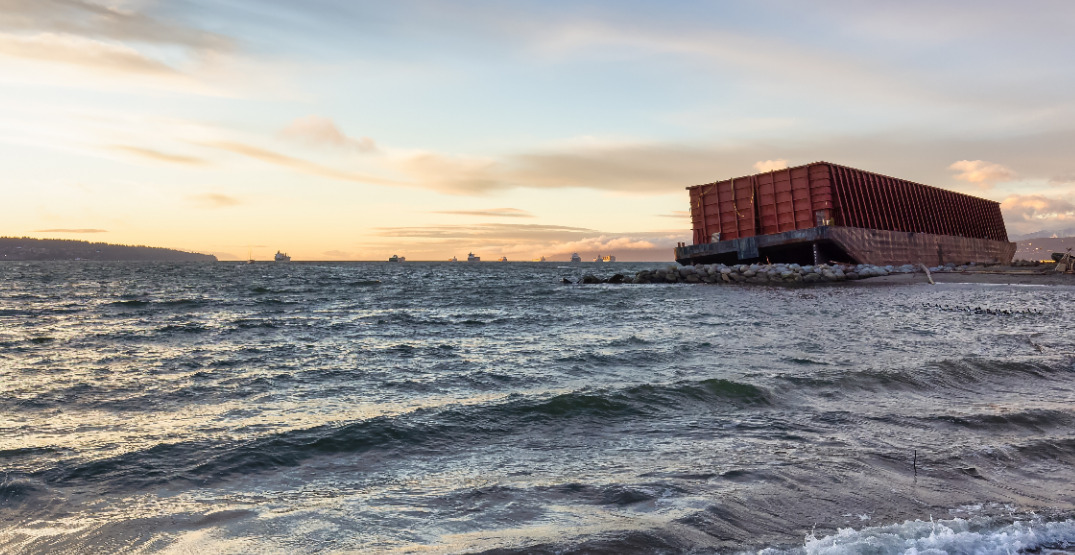 The English Bay Barge, which the people of Vancouver have fallen in love with, will soon be no more.

In a press release titled, “Floating days are over for the barge at English Bay,” the City has detailed how the barge will be deconstructed and what measures it’s taking to protect the environment.

As Daily Hive reported on Tuesday, the City has revealed that a local firm called Vancouver Pile Driving, or VanPile, has been contracted to carry out the barge’s deconstruction.

A detailed structural assessment revealed that it was not possible to refloat the barge.

The operation is expected to take roughly 12 to 15 weeks. VanPile will be taking a variety of factors into consideration, including public safety and tide levels, and they’ll also be taking measures to protect the marine environment that surrounds the barge.

“A process is now underway to remove the barge over the coming months by taking it apart in pieces,” reads a statement from the City.

“Environmental, archaeological and structural assessments are underway by VanPile as part of the preparation for the barge’s removal.”

According to the City, VanPile has been advised by Fisheries and Oceans Canada on how to avoid negatively impacting fish and fish habitats in the area.

Soon, the barge that residents and tourists have flocked to to take pictures of, selfies with, to propose next to, or to attempt to stunt jump over, will be fenced off and rendered completely inaccessible to the public.

No start date has officially been announced yet, so there’s still some time to get those last few selfies in.

“Planning and preparation is ongoing but timing for the deconstruction activity is to be determined and will be communicated once known,” the City adds.

Other agencies involved in the deconstruction include the Vancouver Fraser Port Authority, the Canadian Coast Guard, and the Vancouver Park Board.

At least we’ll always have the memories of the beloved English Bay Barge.