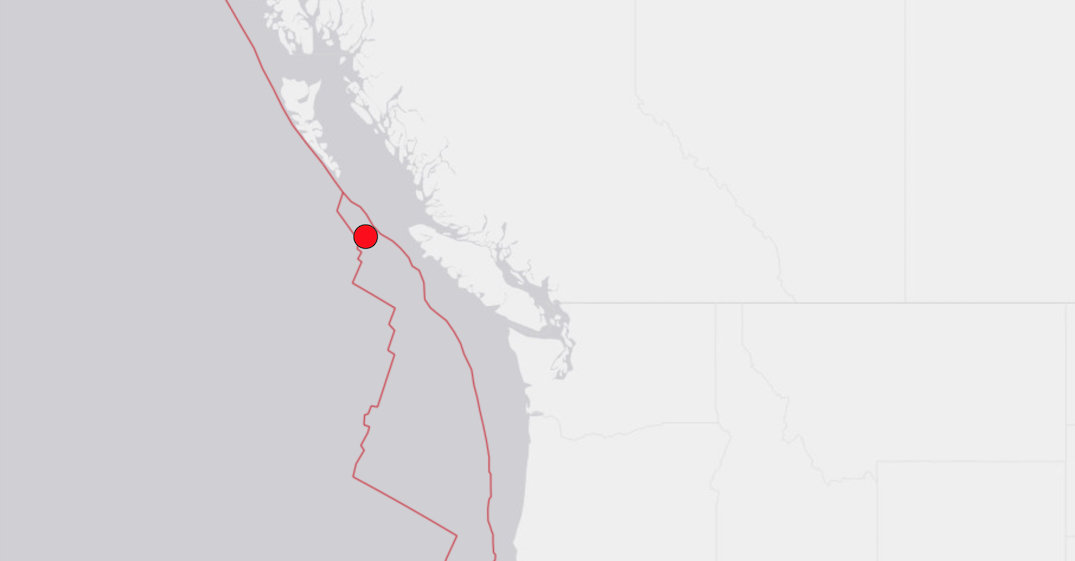 A magnitude 6.3 earthquake struck the coast of British Columbia this Christmas Eve at 7:36 pm, according to the US Geological Survey.

The powerful seismic event had an epicentre located 182 kms west of Port Hardy — in an area on the Explorer Plate, near an ocean fault line — and a shallow depth of 10 kms.

The US National Tsunami Warning Center has stated a tsunami is not expected; no tsunami warning has been issued for the Alaska, BC, Washington State, Oregon, and California coasts.

This follows the number of earthquakes with a notable magnitude that hit the same area over the last 36 hours, and it is the strongest in the series to date.

A total of six earthquakes were recorded on Monday, December 23:

All of these earthquakes also had a shallow depth, including the strong pair of magnitude 6.0 earthquakes.

In comparison, the devastating earthquake that hit Christchurch, New Zealand in 2011 had a magnitude of 6.2, an epicentre located just seven kms from the city, and a depth of only five kms. It resulted in 185 deaths, approximately 2,000 injuries, and over USD$10 billion in damage.

In 2001, the magnitude 6.8 earthquake in Washington State had an epicentre in Puget Sound in an area about 60 km southwest of Seattle. Even though the earthquake had an extreme depth of 57 kms, it still caused 400 injuries and one death, created approximately USD$2 billion in property damage, and was strongly felt in Vancouver.