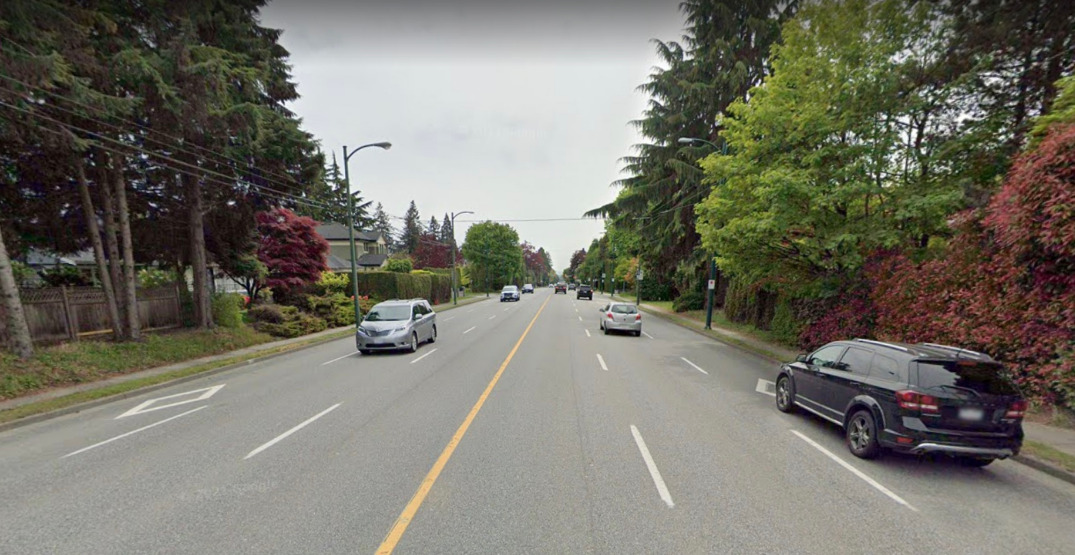 The approximate location of the accident. (Google Maps)

A deadly accident forced the closure of Granville Street for several hours on Monday morning.

The dangerous maneuver led to two other drivers being injured and the driver of the Toyota Corolla being trapped and killed.

“Investigators believe the Corolla was speeding when it crossed the centre line, side-swiped a taxi, struck a Porsche, then went airborne over a truck before landing on top of a Hyundai Elantra and coming to rest back on the pavement.”

The Porsche and Hyundai Elantra drivers were taken to the hospital with injuries. The taxi involved in the accident was carrying a passenger, but nobody in the vehicle was injured.

Granville Street was closed between 41st and 49th Avenue for hours following the accident.

#VanTraffic Granville Street is closed in both directions between 41st and 49th Avenue due to a serious collision. If this is part of your morning commute, please find an alternate route.

Updates will be provided here when they’re available.

The Vancouver Police Collision Investigation Unit believes speed was a factor in the deadly accident and wants to speak with any witnesses who may have seen the Toyota Corolla before the collision.