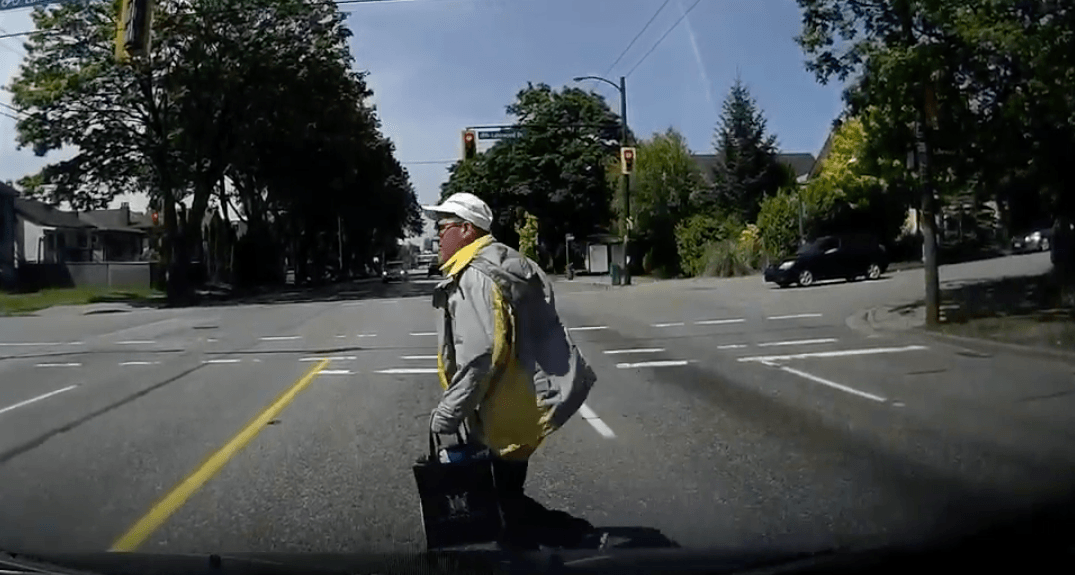 Dashcam video captured on a Metro Vancouver street and shared online is a prime example of what not to do as a pedestrian when it comes to crossing the street.

In the video, a pedestrian – who was reportedly running to catch a bus – can be seen darting out unexpectedly in front of a car, before the driver of the vehicle slams on the breaks and narrowly avoids hitting the person.

The video was shared to Reddit by user cvr24.

“When the light turned yellow, I let off the gas, and started to brake, noticed this guy step off the curb and figure he was going to make a beeline for the crosswalk,” cvr24 said in the post. “Instead he changed direction and started moving right towards me.”Maybe he thought I was going to ignore the amber light and he was planning on running behind me. So I then slammed on the brakes.

cvr24 said the decision was made to share the video “in light of the recent pedestrian deaths” in Metro Vancouver.

“I’m not here to assign blame,” cvr24 writes. ” I am a motorist, cyclist, and pedestrian. But the truth of the matter is that we all have a part to play in road safety, and everyone must share that burden equally regardless of the size they are.”

And as for the pedestrian running to catch the bus and darting across the street to do so?

“He still missed the bus.”