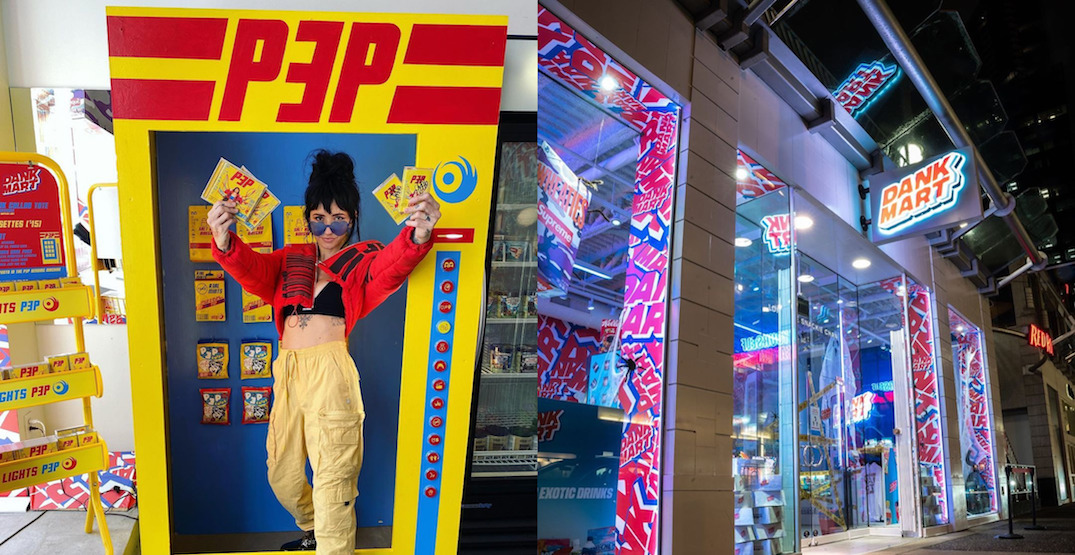 The musician known as Lights is doing a cool collaboration with Vancouver’s Dank Mart right now.

Fans of the Canadian electro-pop singer will likely be familiar with the red and yellow vending machine from her music video for “Salt and Vinegar,” one of the singles off her new album PEP.

In a recent Instagram post, Lights shared that this same vending machine is currently stationed at the downtown location of Dank Mart, the dope purveyor of rare snacks and exotic drinks.

The downtown location is at 805 Thurlow Street.

From the vending machine, you can buy PEP on CD and cassette tape – both of which come with a free PEPXDank tote bag while supplies last. Some of the albums are even signed if you get there quick enough.

Snackers are also invited to take pictures from inside the vending machine, pick up an album, load up on some weird and rare snacks, then go home and enjoy them together. It’s a clever way to release an album and show some local love.

Dank Mart, which calls itself the “dankest bodega in the world,” is the city’s go-to spot for off-kilter treats like Chupa Chups soda, rare cereals, and Rap Snacks potato chips.

The vending machine will only be there until this Sunday, April 3 though, so check it out while you can.