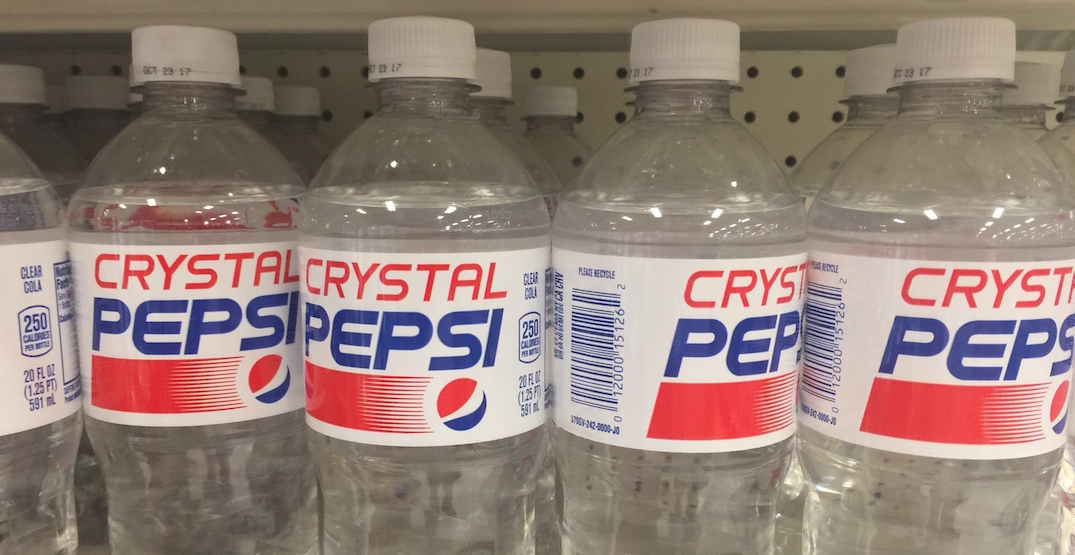 There are a few things the ’90s are particularly remembered for: the style, grunge music, McPizza, and, apparently, Crystal Pepsi.

Originally launched in Canada and the US in 1992, Crystal Pepsi was a clear version of the brand’s cola soft drink but was only available for a brief two years; it was taken off shelves in 1994.

Despite its short time in the marketplace, Crystal Pepsi’s cult status resulted in sporadic re-releases through the 2010s.

Due to public demand and to celebrate its 30th birthday, Crystal Pepsi will once again be available exclusively in Canadian convenience and grocery stores.

The iconic soda drink will be available nationally, but only for a limited run and only in 591 ml bottles, so stock up while you can.

To further commemorate Crystal Pepsi’s 30th birthday, Pepsi Canada will be teaming up with a couple of TikTok dance celebrities. Basement Gang and Citron Rose will be sharing their favourite ’90s dance moves and encouraging fans to join them in partying like it’s 1992.

If you’ve never tasted Crystal Pepsi, the flavour is really close to the original cola, but its clarity ups the nostalgia factor and is reminiscent of other ’90s-era novelty drinks (Orbitz, anyone?).

Crystal Pepsi will be available in Canadian stores this week.