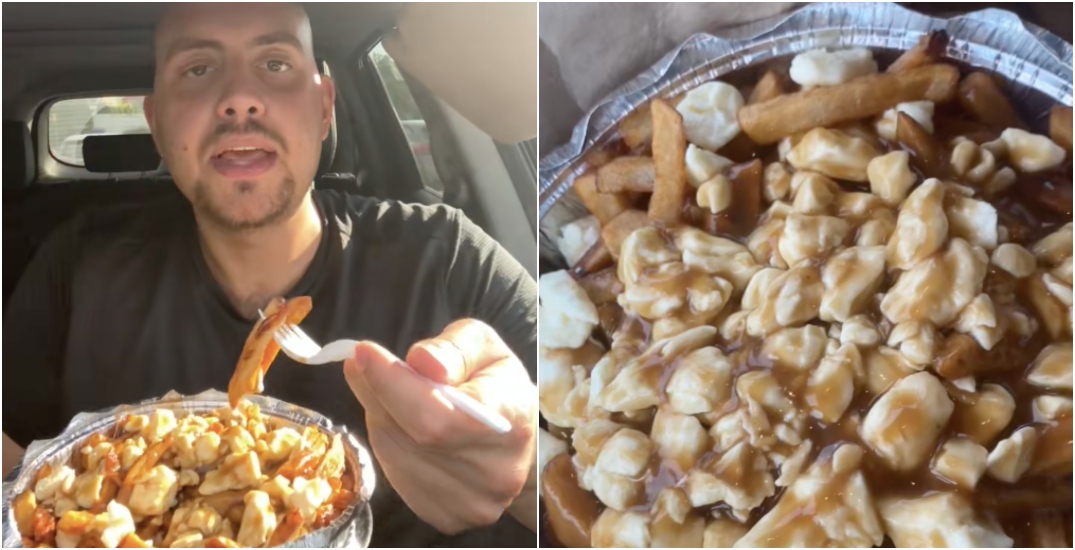 Move over Morgan Spurlock and Supersize Me, Montreal has Niko Atsaidis.

The 26-year-old Montrealer went on a greasy journey over seven days, scarfing back 50 poutines from all across the province from June 18 to 25.

Admit it, you’ve dreamt of doing this before.

While speaking with Daily Hive, Atsaidis says he simply embarked on the journey because he loves to eat and travel. The TikToker shared dozens of videos with his 27k followers as he travelled throughout Montreal, Mercier, Beauharnois, Huntington, L’Île-Perrot, Laval, Longueuil, Blainville, St-Jerome, Trois-Rivières, Mont-Tremblant, Lac Superieur, Yamachiche, Quebec City, Saint-Georges, Drummondville, Granby, and Victooiaville, in search for the province’s best poutine.

Atsaidis says he spent $650 in poutines throughout his adventure and another $575 in gas travelling across the province.

“This experience allowed me to learn a lot about poutine what makes it authentic and all the important elements of a great poutine,” he says. “It may seem simple but to perfect the dish requires expertise.”

The TikToker says he gained eight pounds in his quest for the best and says he might take off “at least a year” after his journey. But we won’t blame him if he goes right back into Quebec’s favourite dish.

After all was said and done over the week, here’s Atsaidis’ top five rankings of his favourite poutines in Quebec:

The Montreal foodie says he chose Les Couleurs De La Terre’s dishes as the winner because of its freshness and that it was a “unique experience on top of being absolutely delicious.” He says he’d even drive “two hours for that poutine any day” and says it was his favourite poutz he’s ever had in his life.

Atsaidis asks people to check out his TikTok and to stay tuned for “plenty more food adventures. This is just the beginning.”

Here’s hoping he does a deep dive into Montreal’s best smoke meat spots. Be sure to check out the entertaining foodie on his TikTok account.