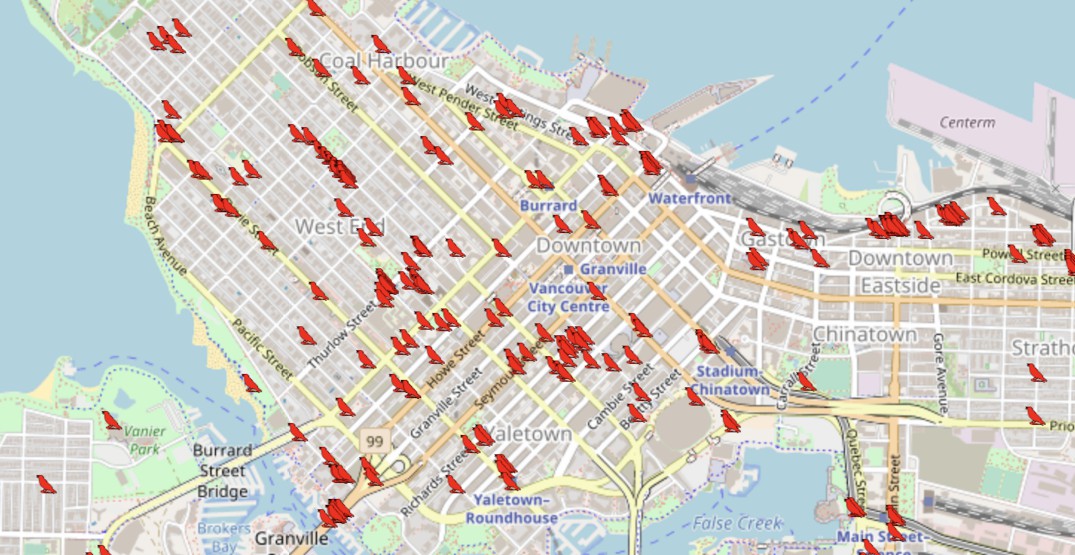 Let’s be real, crows are terrifying. They’re savagely smart, their ‘cawing’ sounds like a war cry, and they can swoop down and attack at any time.

Luckily there is a map that can help you avoid these terrifying creatures. An interactive, user-generated map called CrowTrax shows you areas in Vancouver where crow attacks commonly happen. 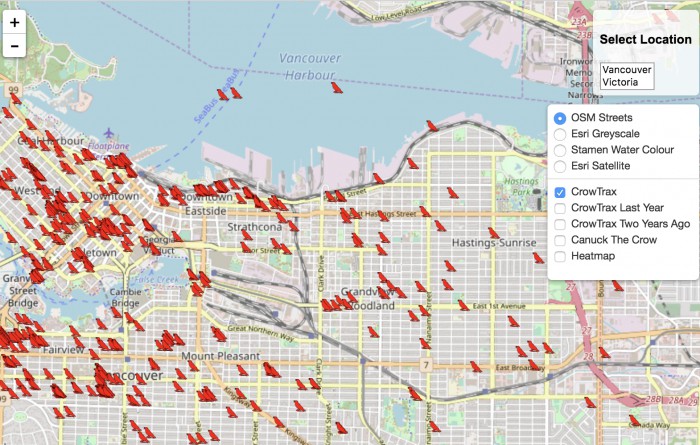 Developed by two Langara instructors, the map allows anyone to add in their experience dealing with crow attacks in Metro Vancouver. Little red birds dot the map, and by clicking on them, you get the date of the attack, the severity of the attack, and a description by the user of exactly what happened. 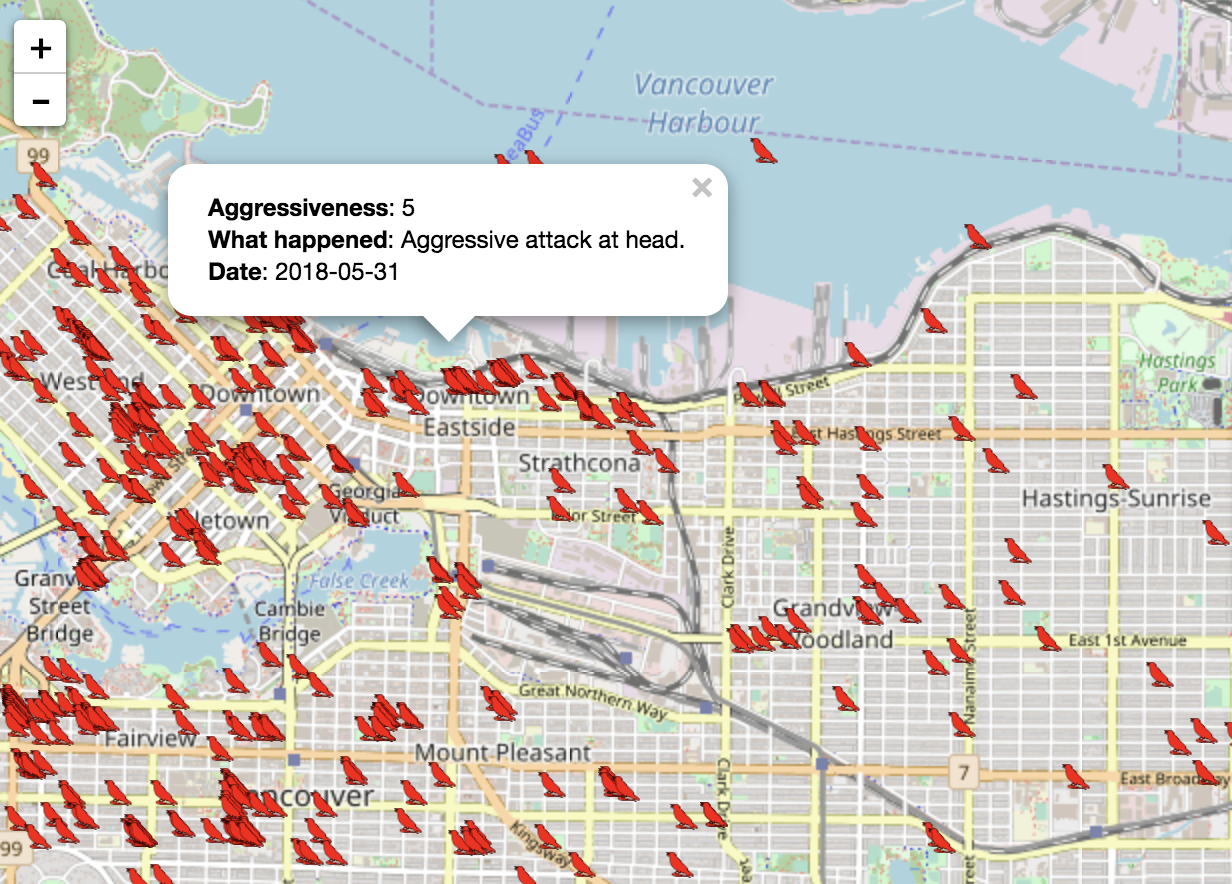 You can also click the ‘heat map’ option, which allows you to get a better visual perspective of where the attacks are happening the most. 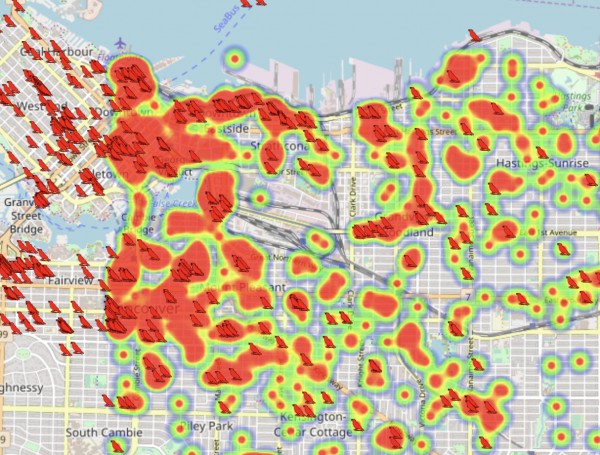 “GIS maps are being used more often as companies look for ways to tell their stories and share geographic data that is easy to understand,” says Davidson.