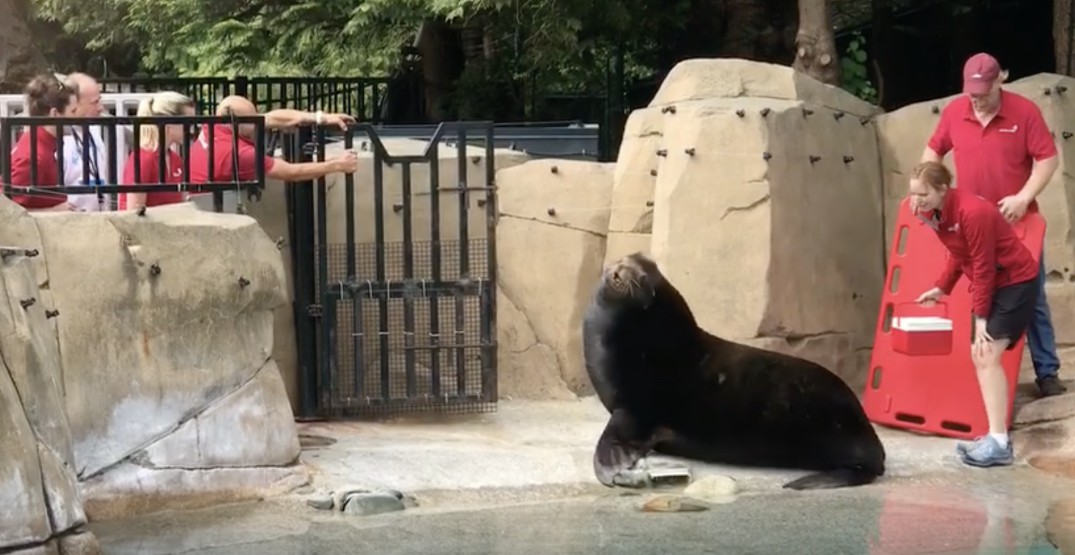 A sea lion that was found shot off Spanish Banks last year has moved into a permanent residence at the Vancouver Aquarium.

Señor Cinco was rescued on May 5, 2017, by the Vancouver Aquarium’s Marine Mammal Rescue.

Rescuers took the sea lion back to the Marine Mammal Rescue Centre, where he was named Señor Cinco due to being found on Cinco de Mayo.

He had been shot at least twice in the face, with bullets shattering his teeth, blinding him in one eye, and possibly hitting his optic nerve. It was uncertain if Señor Cinco would recover.

Fisheries and Oceans Canada determined that the sea lion wouldn’t be able to be released back into the wild due to his injuries but now Señor Cinco has found a welcoming home.

On June 7, Señor Cinco moved into his new place at the Vancouver Aquarium.

Señor Cinco is the first California sea lion to take up residence at the aquarium.

He’s been settling into his new digs and according to the aquarium “hearts melted as the gentle giant explored his new space (and scoped out new sunbathing spots).”