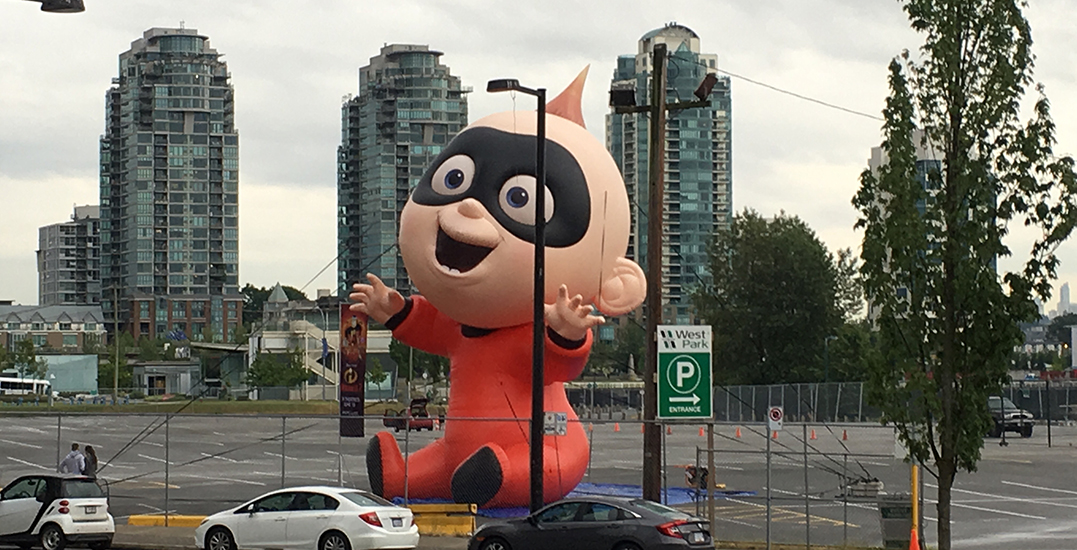 With the release of the Incredibles 2 right around the corner, the return of one of Disney Pixar’s favourite superhero families is being celebrated in a big way. 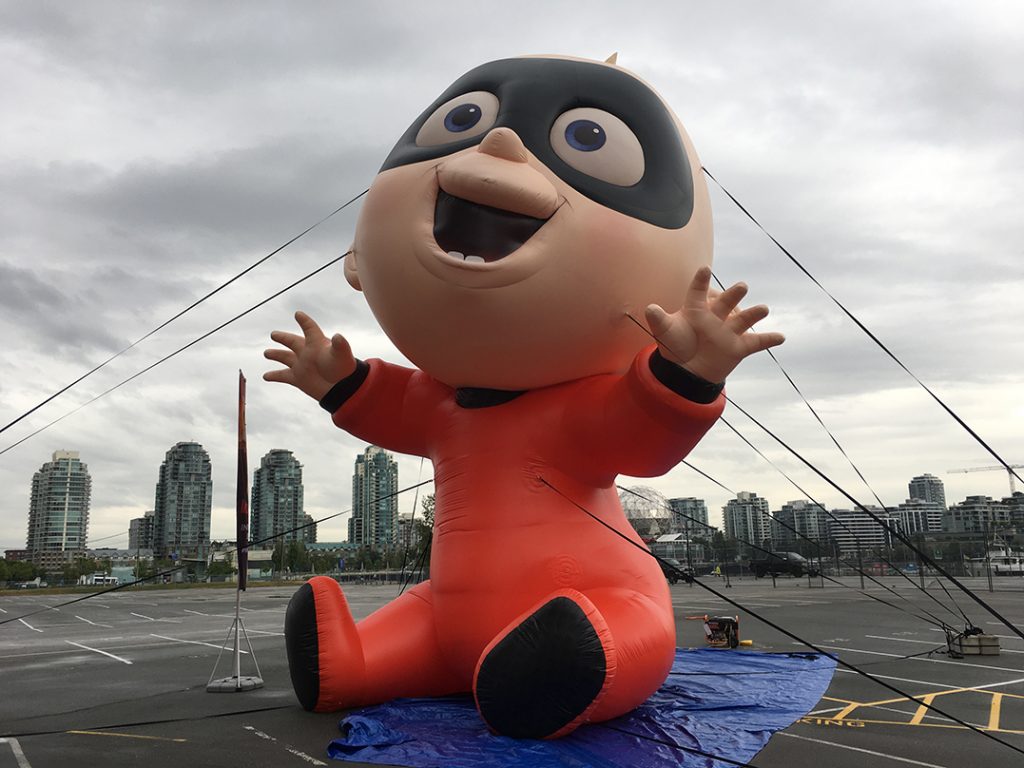 Set up overnight in a WestPark parking lot just south of BC Place and Rogers Arena (180 Pacific Boulevard), a 40-foot-tall baby Jack-Jack has found his temporary home in Vancouver.

While there’s no sign or word of the rest of his family showing up, it’s safe to say that the adorable (and giant) toddler will be available for photos until Sunday, June 10 at 8 pm. 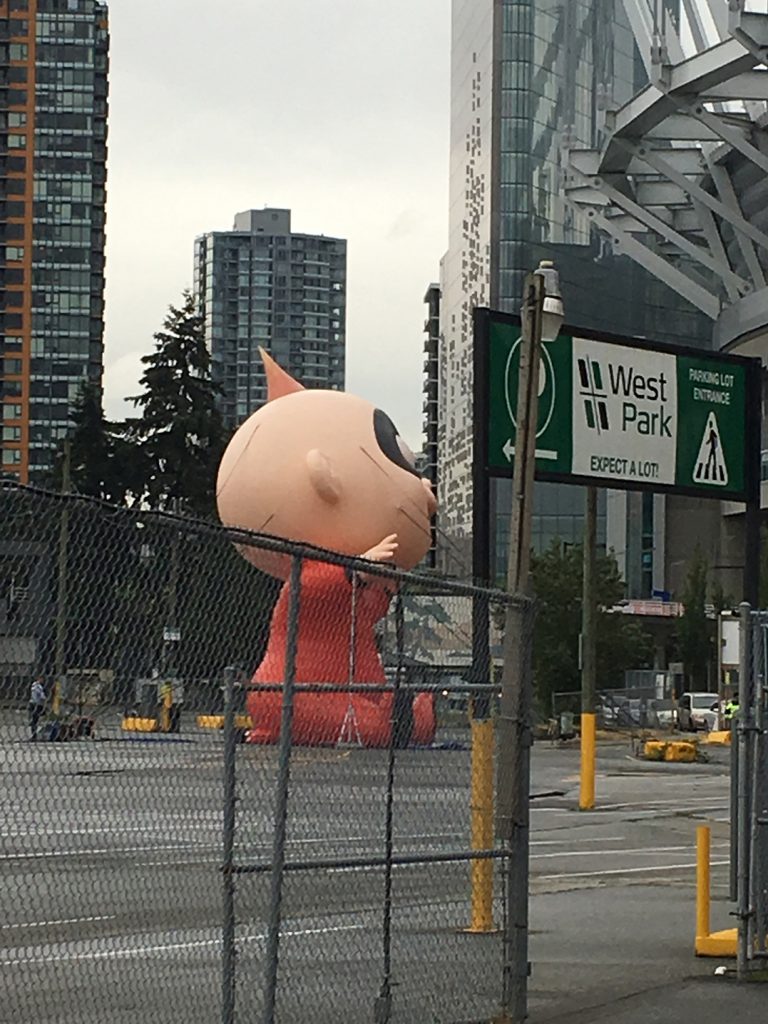 Vincent Plana/Daily HiveIncredibly, another Jack-Jack has been spotted in downtown Toronto at Ontario place.

The giant unveiling of the masked marvel only adds to the excitement and fun of the Incredibles 2, the superhero sequel that both millennials and Gen Zs have been waiting a long time to see. 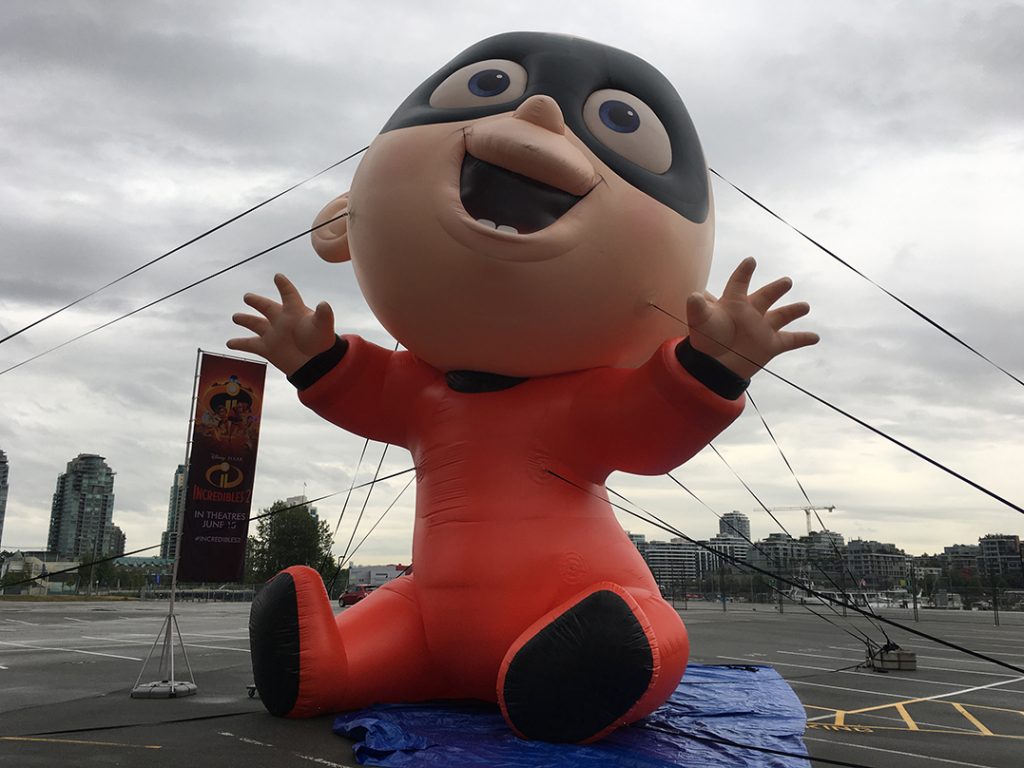 With a massive number of Disney fans expected to make their way to the attraction in the next few days, it’s best to head over early to snap a pic with the superpowered-toddler.