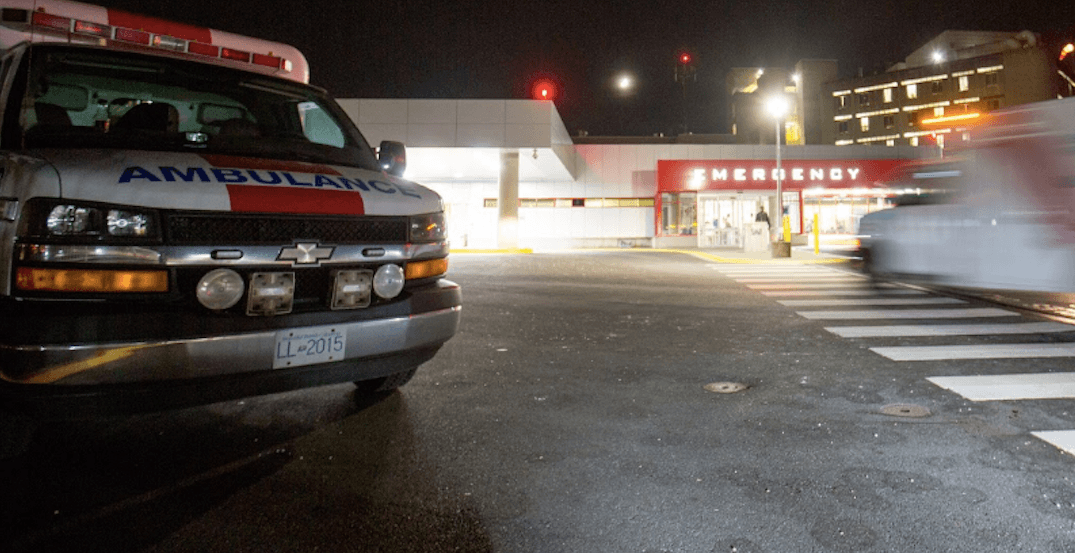 Photo; Ambulance Paramedics and Emergency Dispatchers of BC

BC Paramedics and emergency dispatchers are raising concerns over what they say is an “unprecedented” staffing shortage which is affecting service levels right across the province.

The union representing these workers said that during a recent night shift, anywhere from 25 to 40 paramedic units were out of service at any given time across the Sea to Sky, Lower Mainland and Fraser Valley areas.

This, they said, represents 30% to 49% of total paramedic units available in those areas.

The union noted that these out-of-service levels are a “particular concern,” following the release of the Auditor General report which found that ambulances were only meeting response time targets for the most serious emergencies in urban centres 50% of the time.

“Current workloads in many areas of our province are unsustainable, and we see this reflected in our out of service rates,” said Cameron Eby, president of the Ambulance Paramedics and Emergency Dispatchers of BC (APBC).

He noted that BC paramedics experience some of the highest paramedic workloads in Canada and said many ambulances in urban and metro areas are still working at higher rates than the standard recognized by the organization 20 years ago.

In addition, recruitment and retention in many communities “has been an ongoing challenge.”

Eby said that when it comes to maintaining staffing levels, overtime work ” has become the rule, not the exception.”

This, he added, “is simply unsustainable and puts the paramedics and the services they provide at risk.”

The union noted that BC Emergency Health Services (BCEHS) has been using short-term solutions like vacation overtime and has approved travel expenses for out of town paramedics to work overtime in the Lower Mainland.

However, solutions like this “do not contribute to a reliable future for BC’s ambulance service.”

Eby said that by his union’s calculations, a recent hire of paramedics into Vancouver by BCEHS “will still leave positions vacant, and that is without taking into consideration the standard rate of attrition due to retirement and other job movements.”

And the problem isn’t just confined to the Lower Mainland either.

APBC said its concerns extend beyond the GVRD as they received similar reports throughout different regions, with both the Okanagan and Kootenay areas experiencing significant out of service rates, as well as the three ambulance dispatch centers located throughout the province.