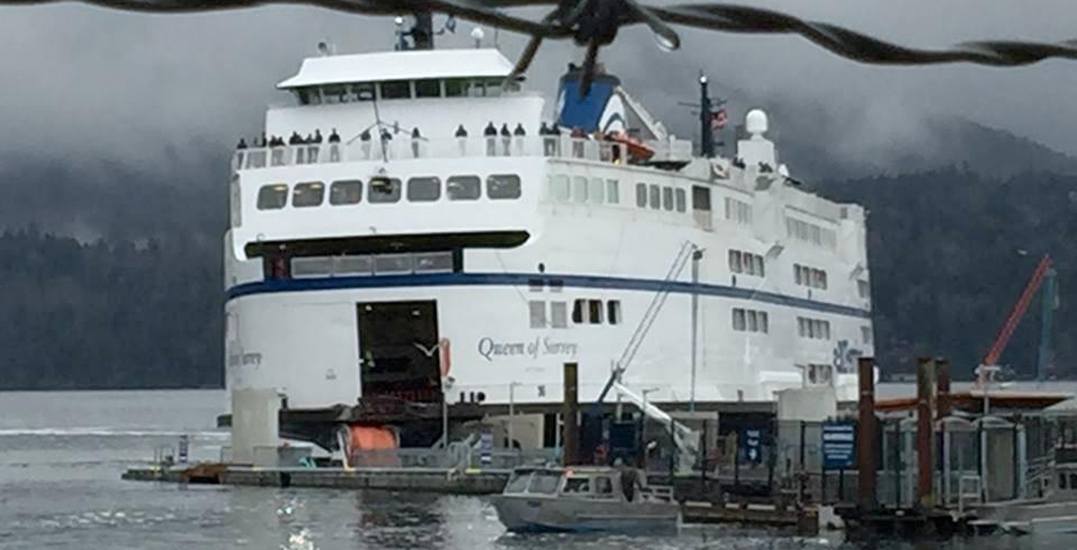 A BC Ferries vessel came into contact with a dock at the Sunshine Coast’s Langdale Terminal this morning, halting ferries heading to the terminal from Horseshoe Bay.

The former Crown Corporation has reported that its Queen of Surrey vessel is experiencing a “docking issue” and has issued the following statement:

The Queen of Surrey had an incident while docking at Langdale this morning at approximately 8:10 am. The ship came into contact with the berthing structure and is caught on a pontoon. Currently assessing ship and dock. No injuries reported.

Tug called to assist and should arrive at 11 am.

Photos on social media are showing damage to both the front of the ship and the dock.