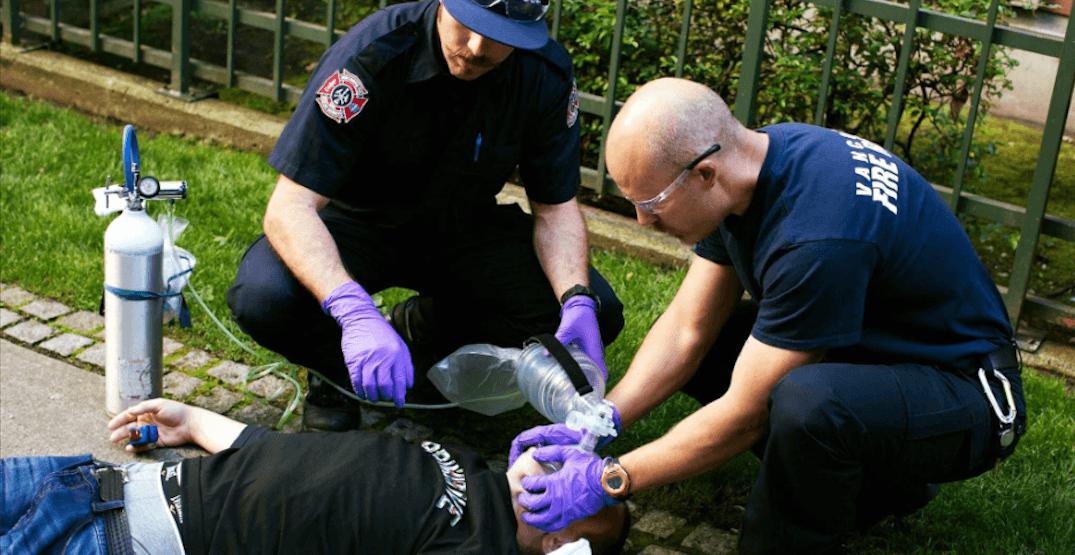 In what they called a “staggering” statistic, Vancouver Firefighters said they responded to a total of 75 calls in a 24-hour period this past weekend.

Of these calls, Vancouver Deputy Fire Chief Tyler Moore tweeted that 43 or the calls were for overdoses, and noted that firefighters were “very, very, busy this weekend.”

This weekend crews working in the #DTES were faced with a staggering 75 incidents in 24 hrs. Sadly many of those were drug overdose calls. Incredible work of all first responders including @BC_EHS & volunteers at the #OverdosePreventionSociety. @CBCVancouver @CKNW @FireChiefReid pic.twitter.com/i1DM5lJt1b

There were 43 overdoses in @CityofVancouver last Friday. @IAFF18 @VanFireRescue were very busy this weekend. #vfrs https://t.co/kXtMUbNrB2

The tweets follow a recent report from the BC Coroners Service, which found that nearly one person in Vancouver died from a fatal drug overdose every day in 2018.

According to the report, 382 people died from an overdose in Vancouver last year,  compared with 376 people in 2017.

“The unrelenting overdose crisis continues to take mothers, fathers, daughters, sons, friends and loved ones away from people all across Vancouver,” said Mayor Kennedy Stewart at the time.

In total, there were 1,489 suspected drug overdose deaths across BC in 2018, which averages to four deaths per day.