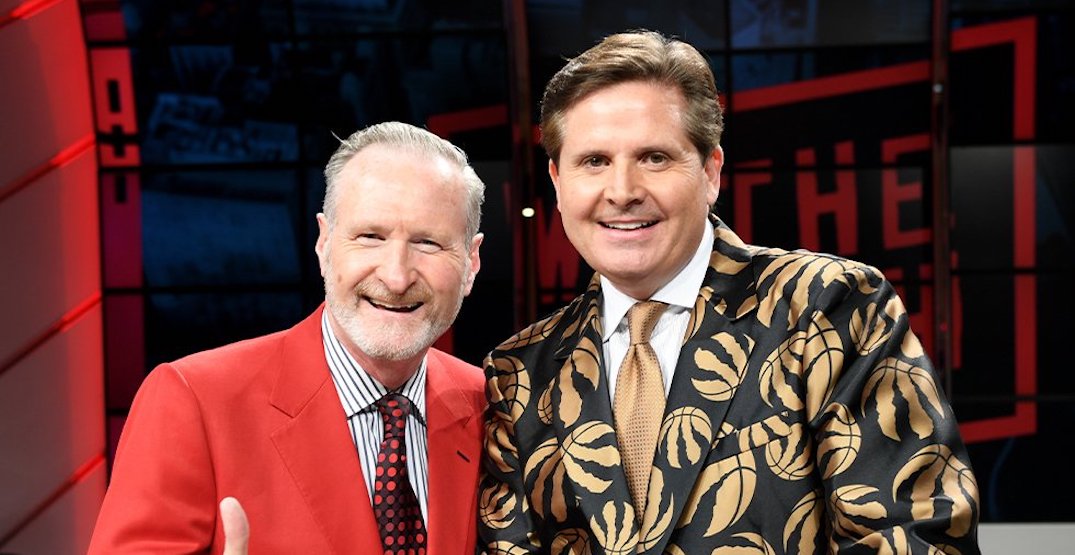 Matt Devlin and Jack Armstrong won’t be calling tonight’s Raptors game on TSN, as they have decided to stay away from work due to a potential COVID-19 exposure.

“We recently learned that members of our broadcast crew may have been in contact with an individual, outside our organization, who has since tested positive for COVID-19,” the Raptors said in a media release. “As a result and out of an abundance of caution, Matt Devlin and Jack Armstrong have decided to stay away from work and self-monitor for a period of time.

“Though this action is not mandated by the NBA, we are especially mindful of the example Matt and Jack set for so many people across the country, and we are very grateful to them for their consideration and responsibility.”

I am fully vaccinated, have received my booster shot, and tested negative. I fully support the precautions that we're taking at this time. Look forward to being back calling Raptors games very soon! https://t.co/aSIcZwhGpW

This is just the latest COVID-related scare for the Raptors.

Scotiabank Arena was identified as a potential exposure site by Toronto Public Health last week, and this Thursday’s game has been postponed due to an outbreak among players and staff on the Chicago Bulls.

Raptors president Masai Ujiri announced that he tested positive for COVID-19 on Thursday, and Superfan Nav Bhatia was forced to miss his first-ever Toronto home game over the weekend due to his attendance at Ujiri’s Giants of Africa event.