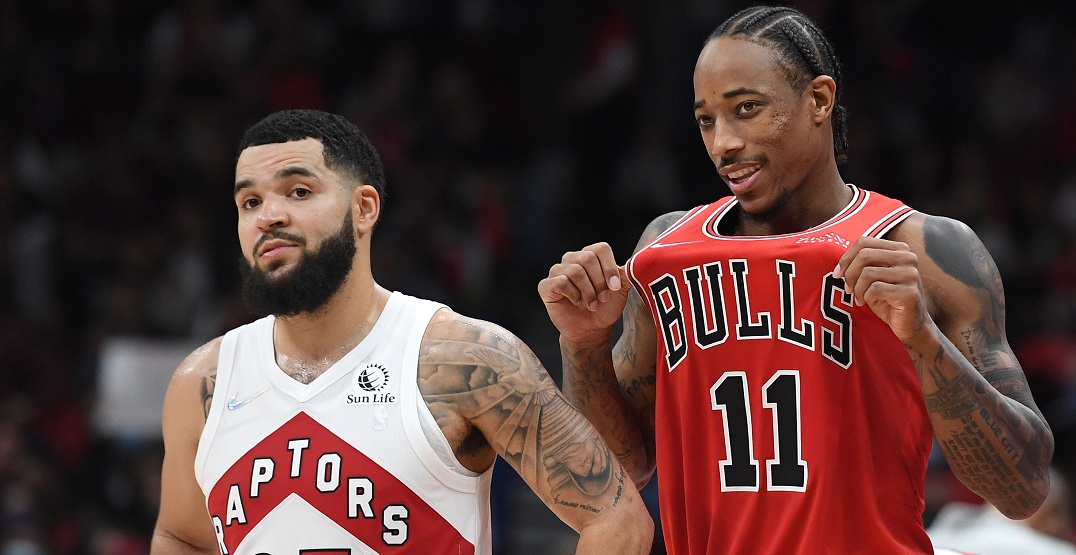 The Toronto Raptors’ matchup against Chicago this Thursday has officially been postponed due to the Bulls’ COVID-19 outbreak.

The Raptors and Bulls were set to face off for the second time this season at Scotiabank Arena.

But due to 10 Bulls players — including former Raptor DeMar DeRozan — and additional staff members currently being in the NBA’s COVID-19 protocols, each of Chicago’s next two games have been postponed, starting with tomorrow night’s contest against Detroit.

It is the Raptors’ first COVID-related postponement of the season.

Reports first broke this weekend that the Bulls’ situation could cause the NBA schedule to need some tweaking.

Precious Achiuwa is the lone Raptors player in COVID-19 protocols after being a close contact of a positive case, though he did test negative and is expected to re-join the team later this week after being cleared by Toronto Public Health.

The Raptors, who sit 12th in the Eastern Conference with a 12-14 record, are still set to host the Sacramento Kings tonight before travelling to play the Brooklyn Nets tomorrow.

With the postponement of Thursday’s contest, Toronto’s next home game after today is against Steph Curry and the Golden State Warriors this upcoming Saturday.