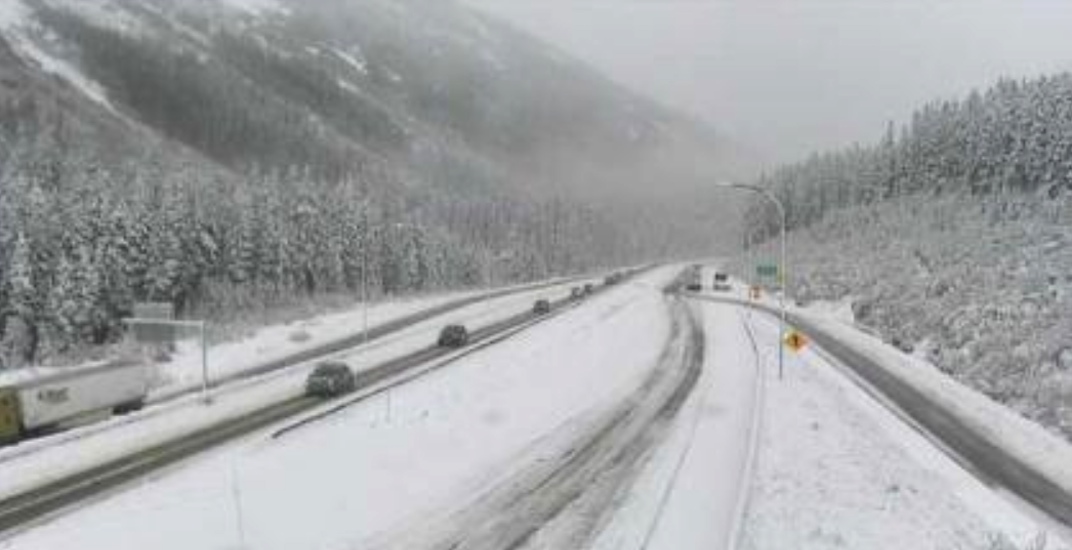 Heavy snowfall on the Coquihalla Highway on October 28, 2018. (Government of BC)

The Coquihalla Highway in the BC Interior is closed in both directions between Hope and Merritt due to heavy snowfall — the route’s first major snowfall of the season.

Environment Canada has issued a snowfall warning for the Coquihalla Highway, with amounts of 10 to 20 cm expected to fall throughout the day and into the night.

Between 5 to 10 cm has already accumulated on the ground from heavy snowfall.

A partial directional closure was enacted just after 9 am due to a collision, and a decision was made to completely close the route just before 11 am due to deteriorating conditions. It is not known when the route will reopen.

The alternate routes at this time between the Lower Mainland and the Interior are the Trans-Canada Highway and Highway 3.

“An unstable flow off the Pacific Ocean will continue today and tonight,” reads the federal meteorological agency’s warning. “Heavy bouts of precipitation have lowered snow levels to near 1,000 meters this morning and the snow level is expected to hover near that mark through tonight.”

Drivers using the route should exercise extra precautions by adjusting their driving with the changing road conditions. Visibility may also be suddenly reduced at times in heavy snow.