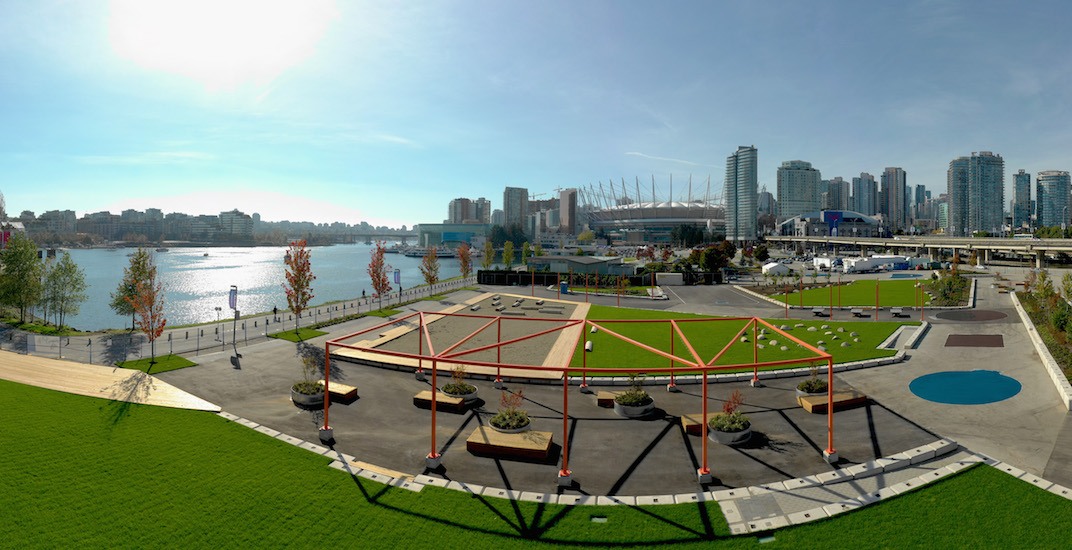 Concord Pacific is behind the new 3.5-acre park, named Concord Community Park, on the easternmost parcel of the Concord Lands, which is wedged between the company’s presentation centre to the east, the False Creek seawall and Creekside Park to the south, and Pacific Boulevard to the north and east.

Ahead of the opening, Daily Hive was provided with a preview of the space while crews were in the process of completing a few finishing touches on the space. 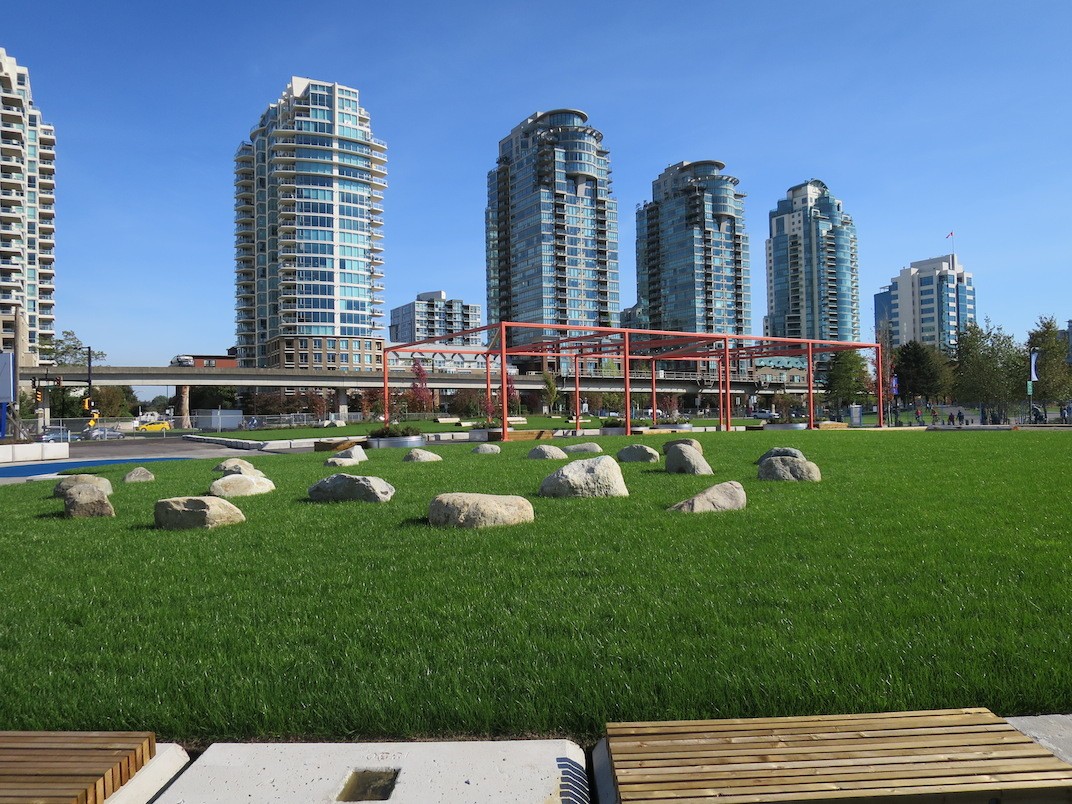 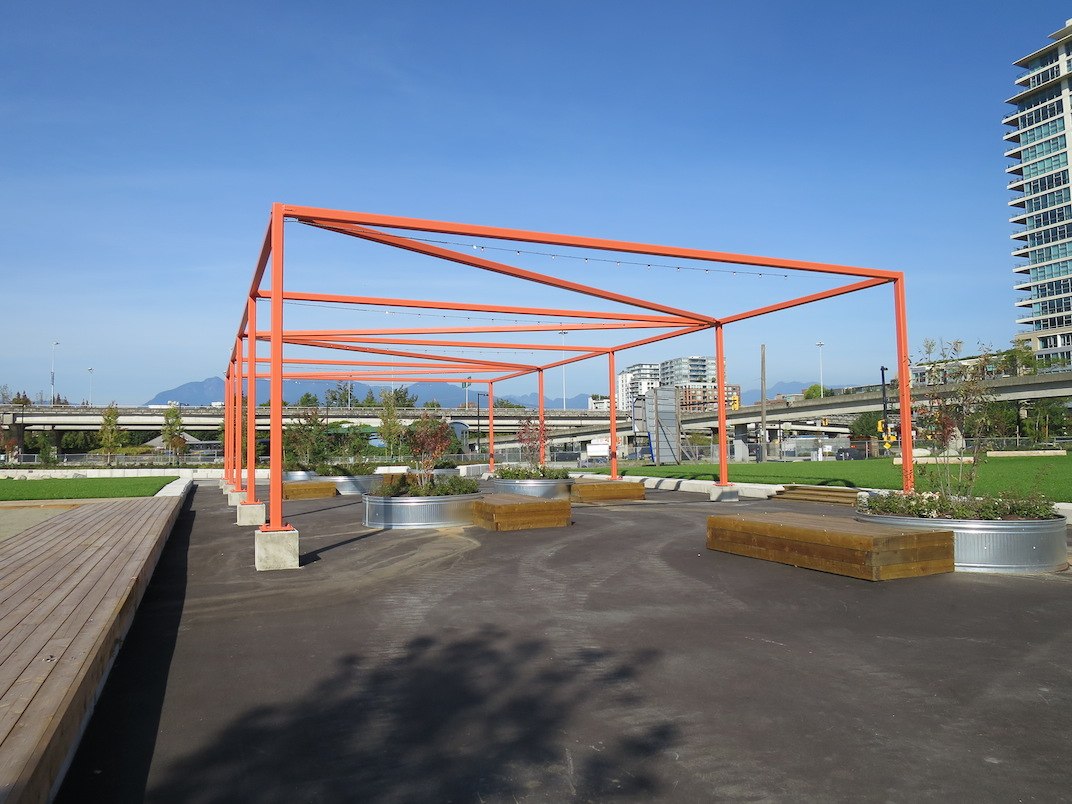 The level of design and provided amenities is impressive considering the park is intended to be temporary, lasting for two to three years, until construction begins on the Vancouver Park Board’s planned permanent park design on the same footprint. 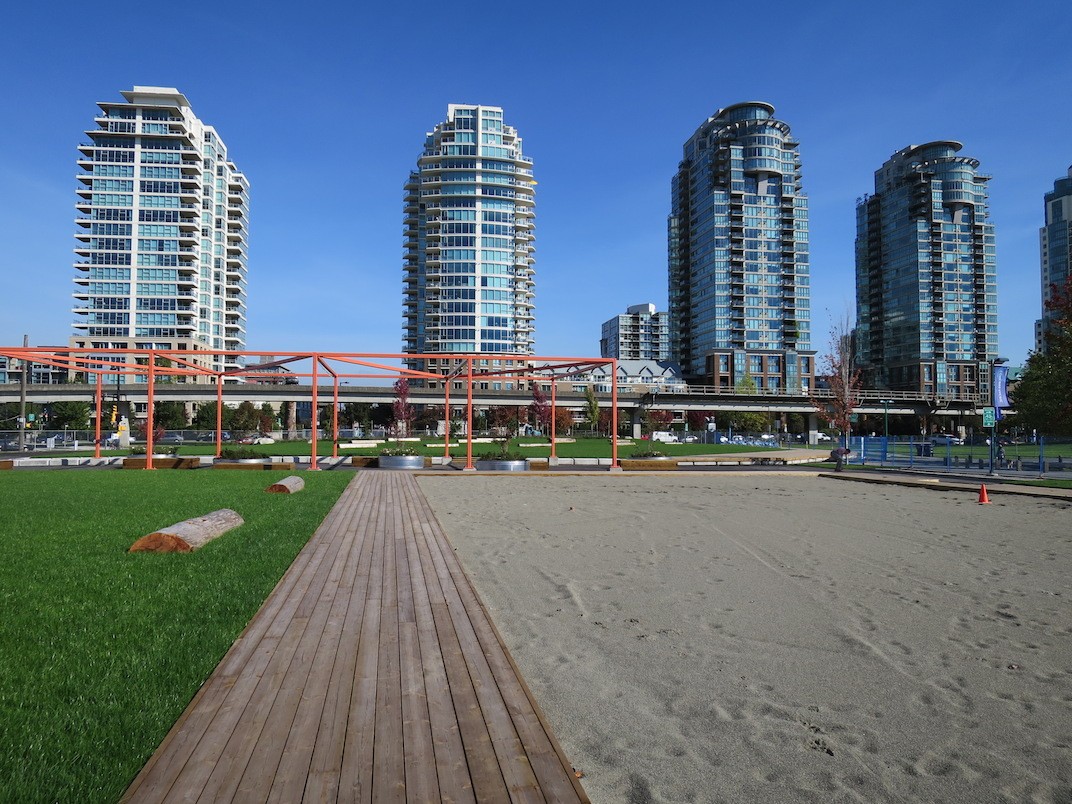 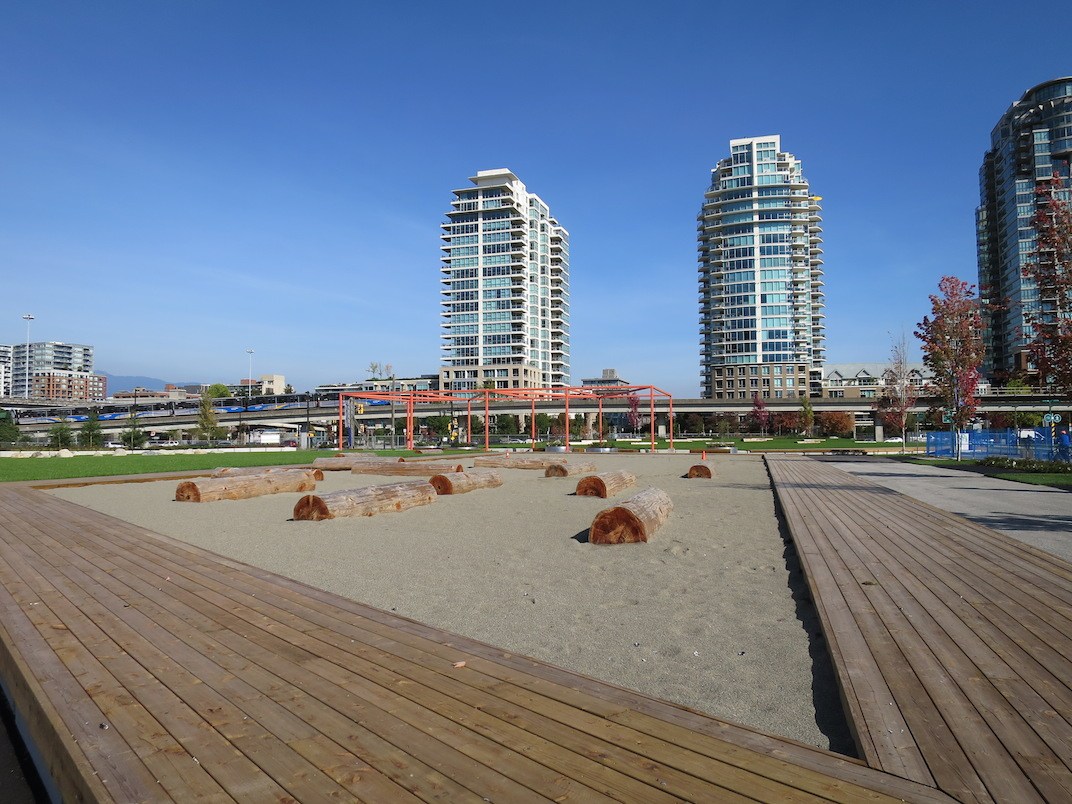 Giant orange-coloured steel archways provide the park with a further sense of place. Some of these archways are strung with overhead lights, while another set doubles as the structure for a tarp that will provide shade during the summer months.

Dedicated space has been set aside for entertainment and programming.

“Concord is excited to provide Concord Community Park for the greater neighbourhood.  We have been providing the city with amenities for more than 20 years, including three kilometres of seawall, the Roundhouse Community Centre, three daycares, playgrounds, and of course, parks,” said Concord Pacific’s Senior Vice-President of Planning Matt Meehan.

Concord Pacific also built Coopers’ Park, a permanent public park, shortly before the Olympics, as one of the community amenities that serve the False Creek neighbourhoods built by the company.

“We support the communities we develop in with amenities, programming, and city-wide events, and enjoyed working with the False Creek Residents Association and PWL Partnership in programming this interim park,” added Meehan. 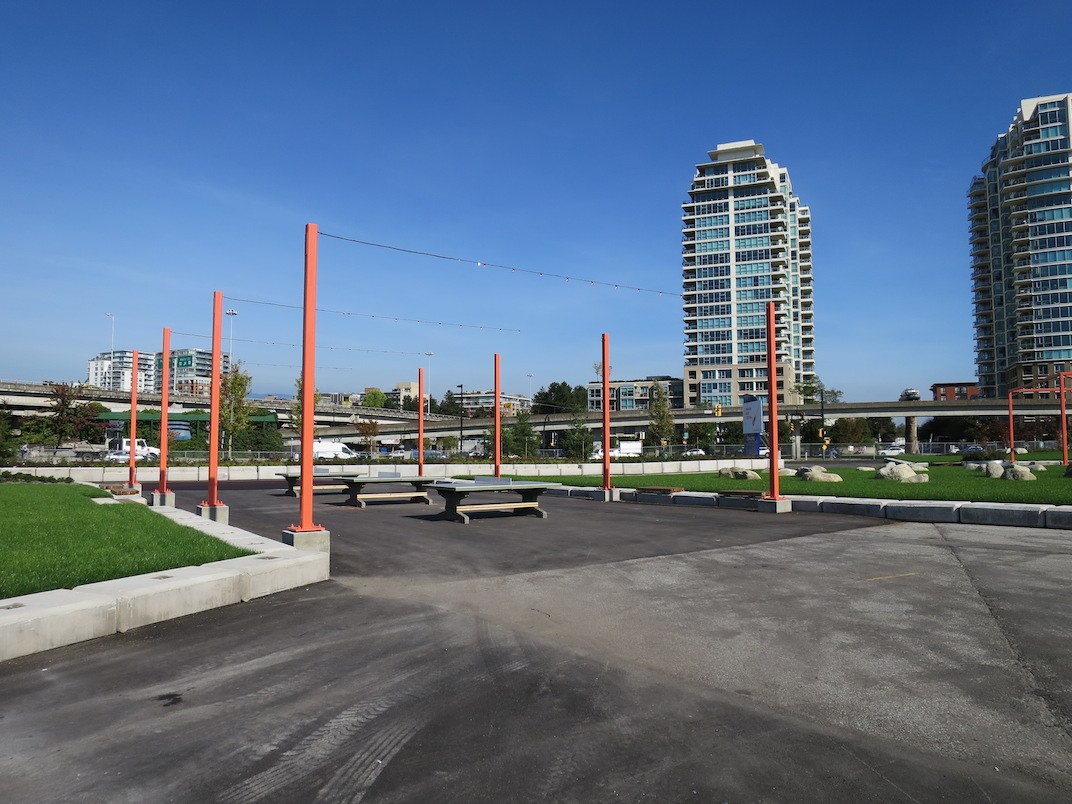 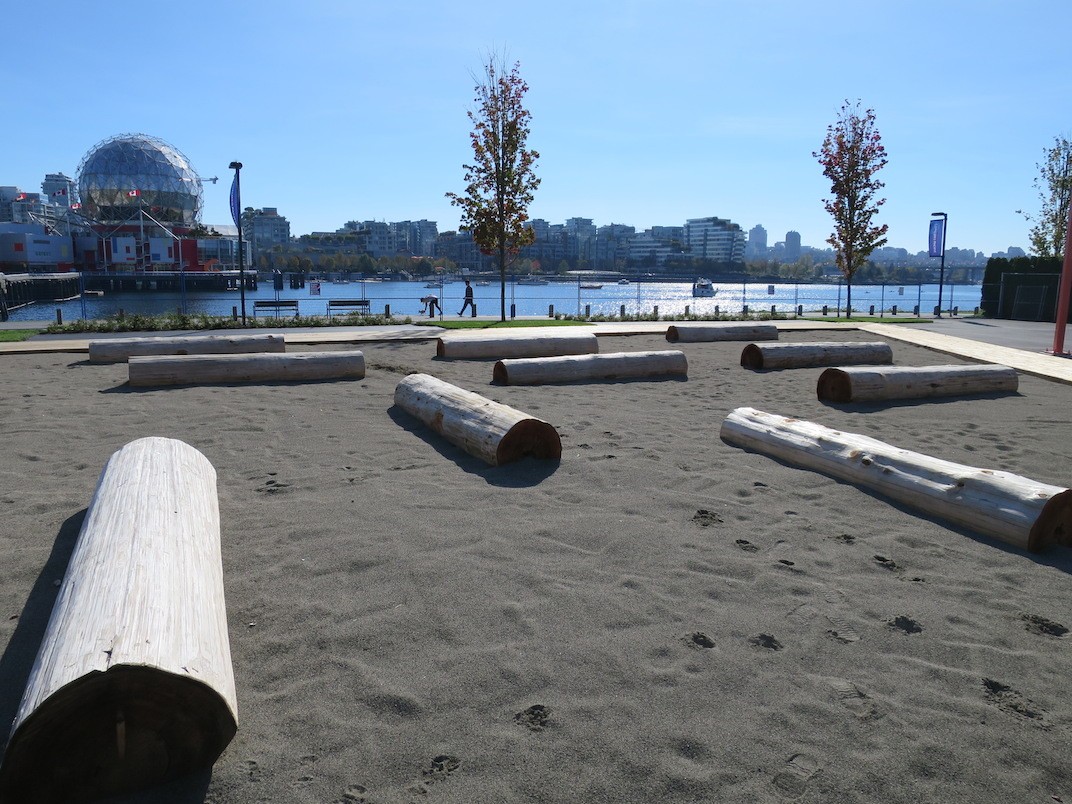 Peter Udzenija, the Director of Corporate Relations, emphasized that no public money went into the new park, and there is a great focus on maintaining it as a safe space for everyone.

“We funded the construction of the park, and we’ll also be funding the programming and operational and maintenance costs, so nothing is coming from taxpayer dollars,” said Udzenija.

A manned presence will continuously monitor the park and remove any hazards, including items that are prone to other parks in the area – specifically needles.

“Security is also a large expense because we need to make sure we keep it safe for everyone. We’ll have full-time bodies here,” continued Udzenija. 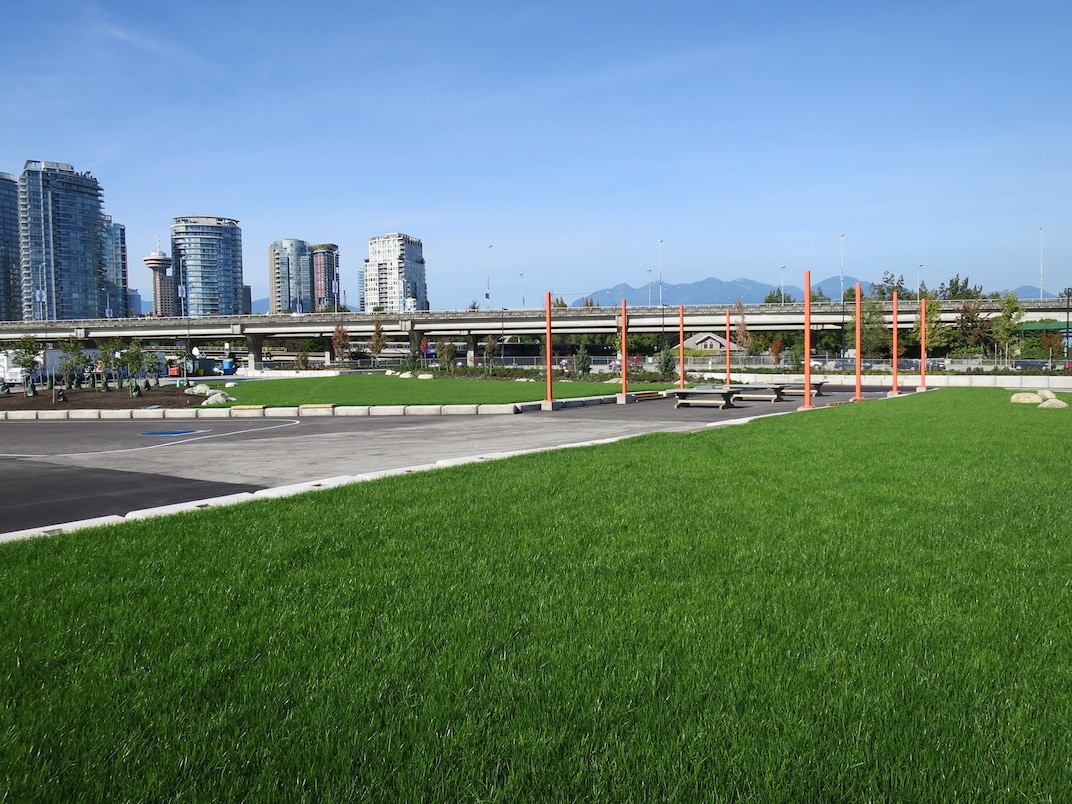 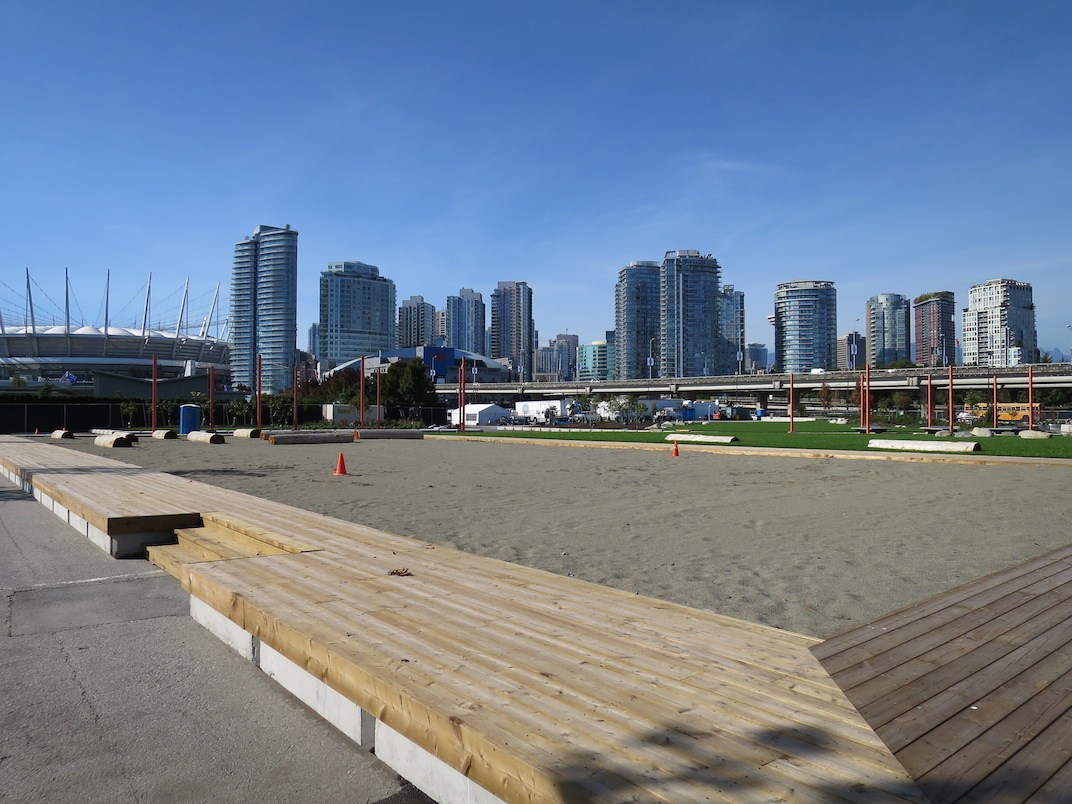 Dragon Boat BC, with the support of Concord Pacific, will operate and program the park by employing disadvantaged youth and youth-at-risk from the local paddling community.

“We have partnered with Concord on the Dragon Boat Festival since its inception and look forward to working together over the next few years on this unique pop-up park.”

Udzenija furthered that Dragon Boat BC has the ability to use a void back-end space of the park along Pacific Boulevard for extra storage and staging.

The setback is also designed to extend the longevity of the park, so that it does not impede the demolition of the viaducts and the construction of the new replacement arterial road running along the park’s northern edge.

The park opens at 11:30 am on Sunday, immediately after the CIBC Run for the Cure at Concord Pacific Place. Run participants will be invited to enjoy the festivities at the park, including live music, children’s entertainment, yoga, and a free community BBQ.