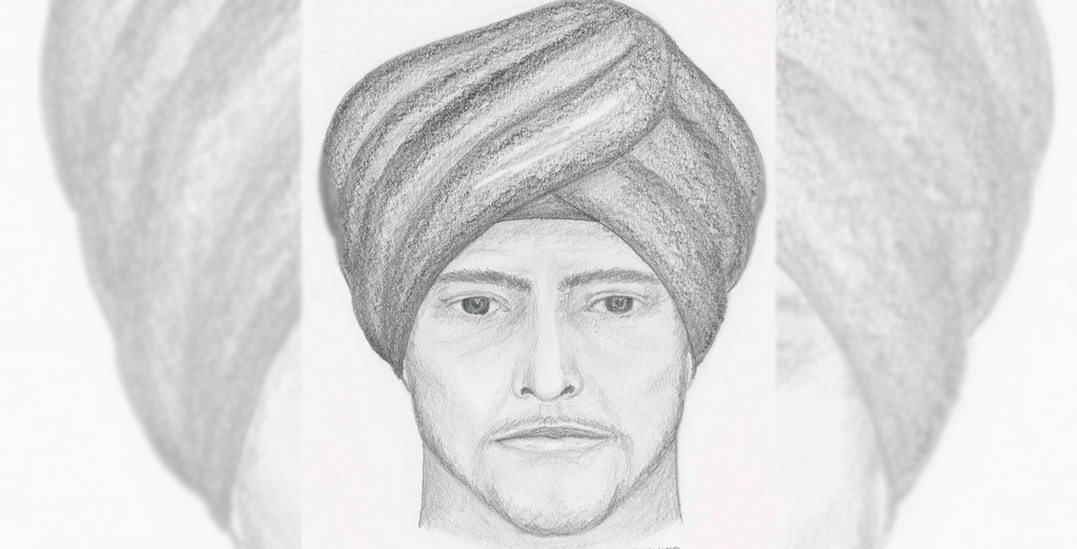 Police have released a composite sketch of the suspect they believed to be involved in an assault near the Burnaby Mountain SFU campus.

On Sunday night, around 8:30 pm, a 19-year-old woman was walking on a trail just north of University Drive and West Campus Road at SFU, towards Burnaby Mountain Park.

“The victim told police that as she was walking she noticed a man following her who tried to engage her in conversation,” police said in a release.

The man allegedly grabbed the woman by her hand. The victim was able to pull away from the suspect and ran to a nearby parking lot, where she sought assistance from other people.

Undeterred, the suspect is said to have followed the woman to the parking lot where he continued to try and engage with her.

He eventually left in a car described as a “grey or black four-door Acura.” 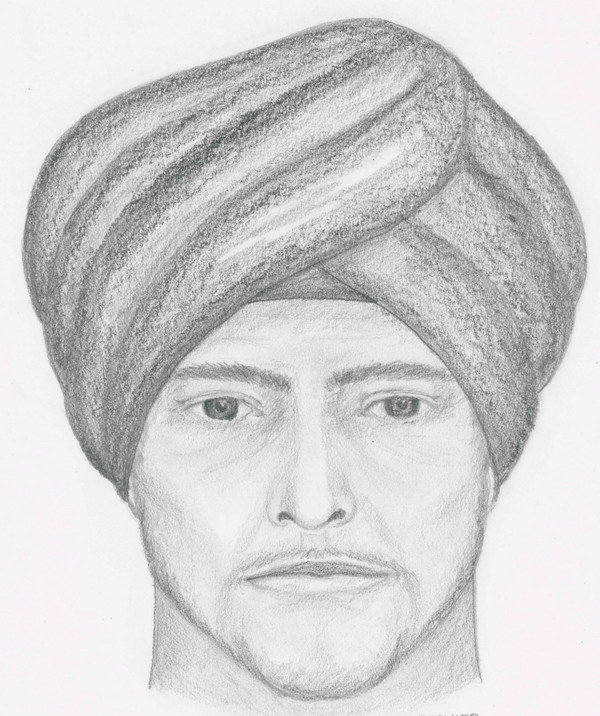 The suspect is described as a South Asian male between the age of 19 and 23.

Police say he’s approximately 5’9″, has brown eyes and was wearing a black turban, a blue long sleeve shirt, grey sweat pants, and black sandals, at the time of the incident.

Police are releasing the composite sketch in hopes that someone in the community can identify him to further the investigation.

Investigators are also particularly interested in speaking to the two women who assisted the victim in the parking lot.

“This was a frightening situation for this victim who thankfully was able to get to safety,” said Burnaby RCMP Cpl. Mike Kalanj. “We are asking that people remain vigilant on the trails, follow our advice, and if you know who this suspect is then please contact police immediately.”

Anyone who may have witnessed the incident, or has any further information to share is asked to contact the Burnaby RCMP at 604-646-9999 or, if they wish to remain anonymous, leave a tip online.