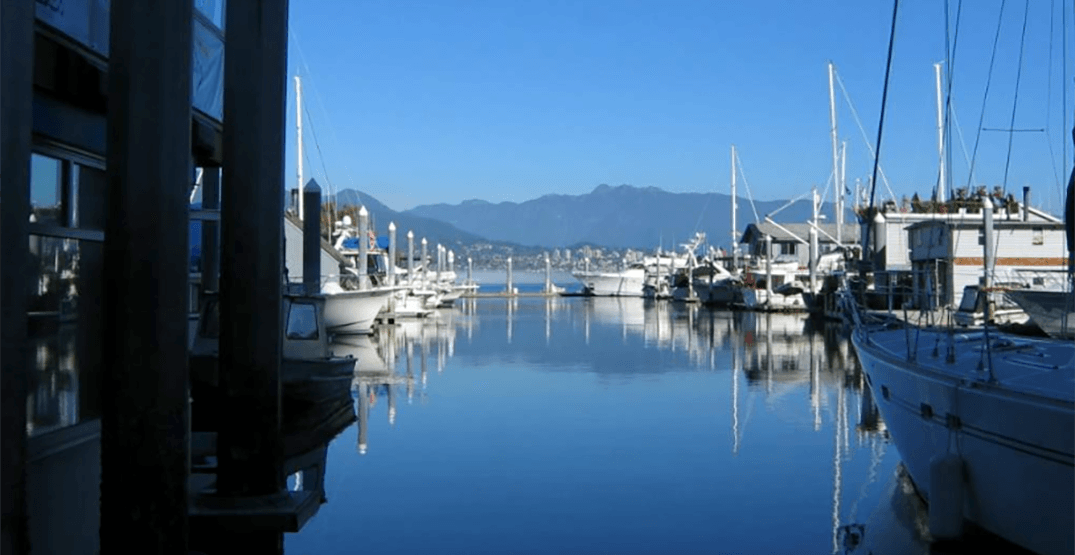 There could be a significant change in the navigation waterway of Coal Harbour, if a private proposal to expand the Coal Harbour Marina is approved.

The Port of Vancouver has received an application from the Royal Vancouver Yacht Club (RVYC) to expand its marina, located immediately south of Stanley Park, west of Deadman’s Island, and east of the Vancouver Rowing Club (VRC). 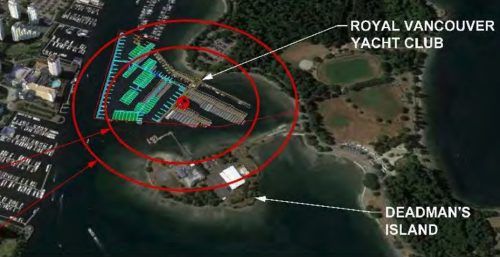 According to the application, the intent is to expand the marina’s water lot by 92,000 sq. ft. into the navigation channel’s existing buffer zone. This would allow an expansion of the marina from 326 to 372 boat slips.

A new float barrier would be installed on the edge of the expanded water lot area to create new slips, with the southern half of the marina largely rebuilt and reconfigured to accommodate the expansion. Over 130 piles will be driven into the harbour bed to create the new support structures for the slips and 37 new boat sheds. 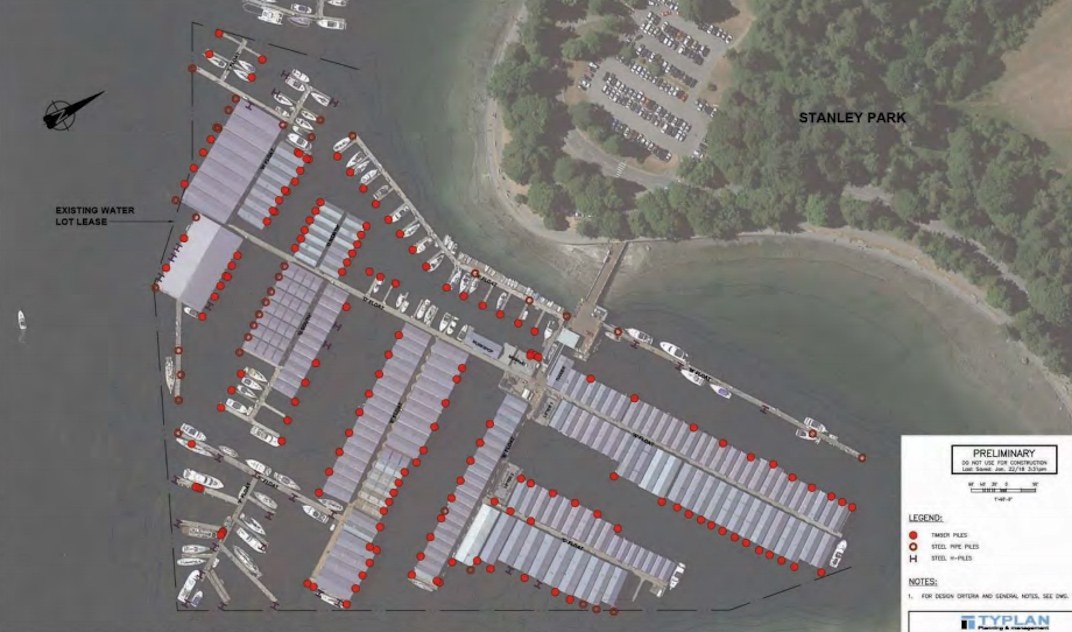 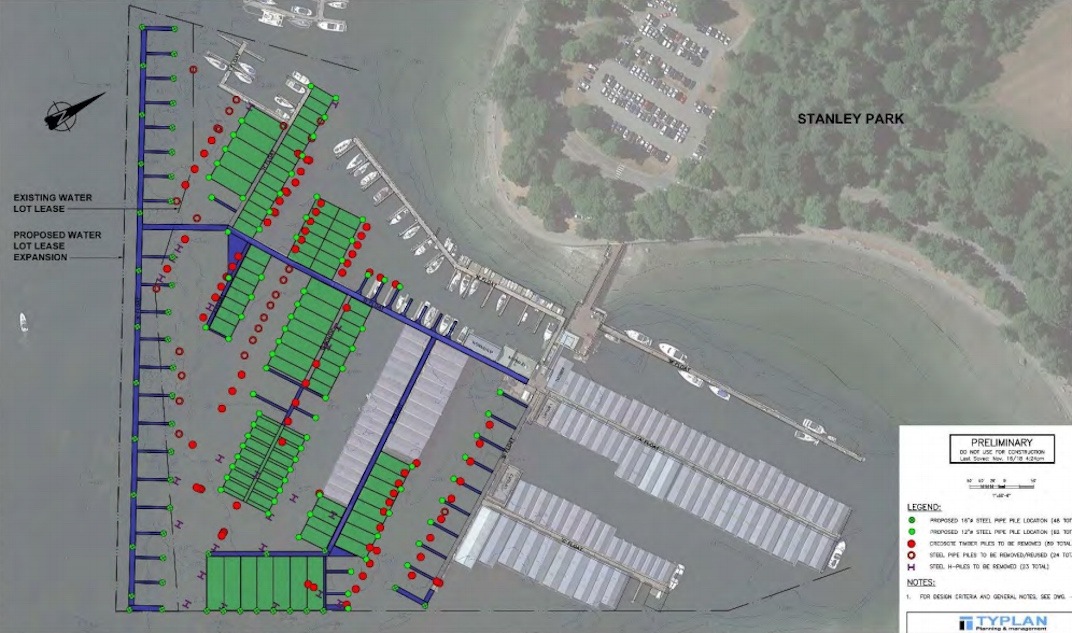 The proponents claim the design will not interfere with the use of the waterway by both motor boats and particularly the rowers of the VRC, and state the port has “insisted” that two 13.5-metre width rowing lanes be included in the design, following international rowing course standards.

But it will deviate from higher standards by not marking the rowing lanes with buoys, given that the area is also used by motor boats. 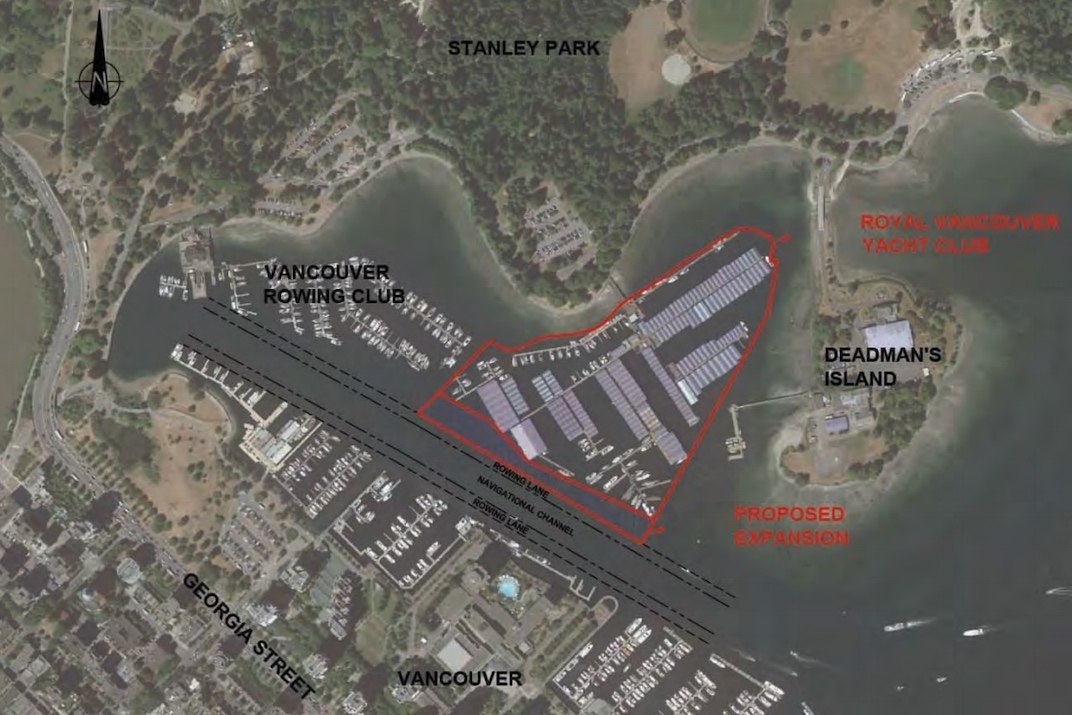 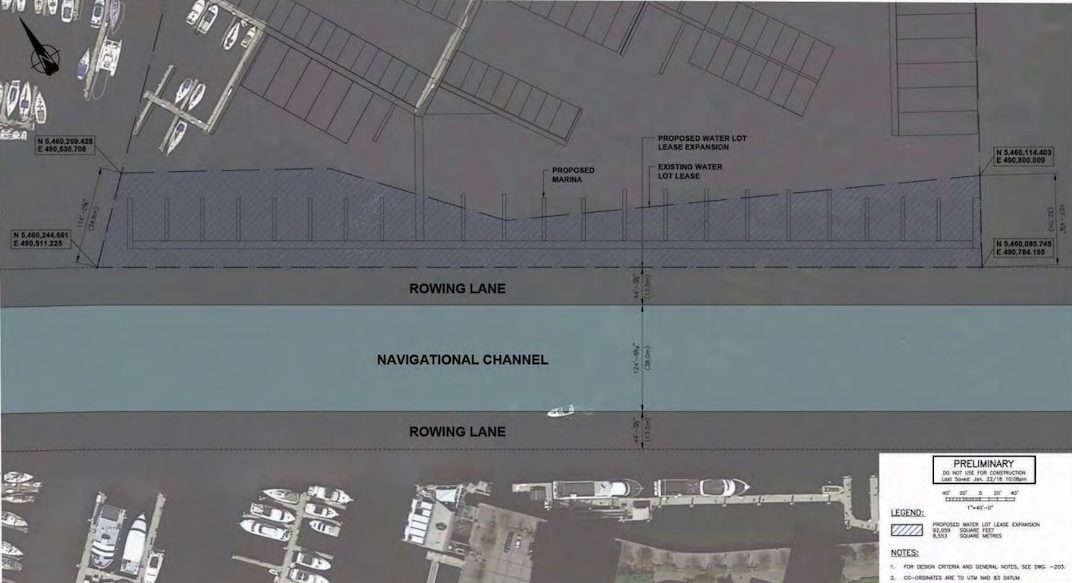 Both clubs are some of Vancouver’s oldest private recreational institutions; the VRC was founded in 1886, the same year the city was incorporated, while the RVYC was formed in 1903.

Elsewhere in the region, rowing is also practiced on False Creek, the Fraser River near Richmond Olympic Oval, and Burnaby Lake.