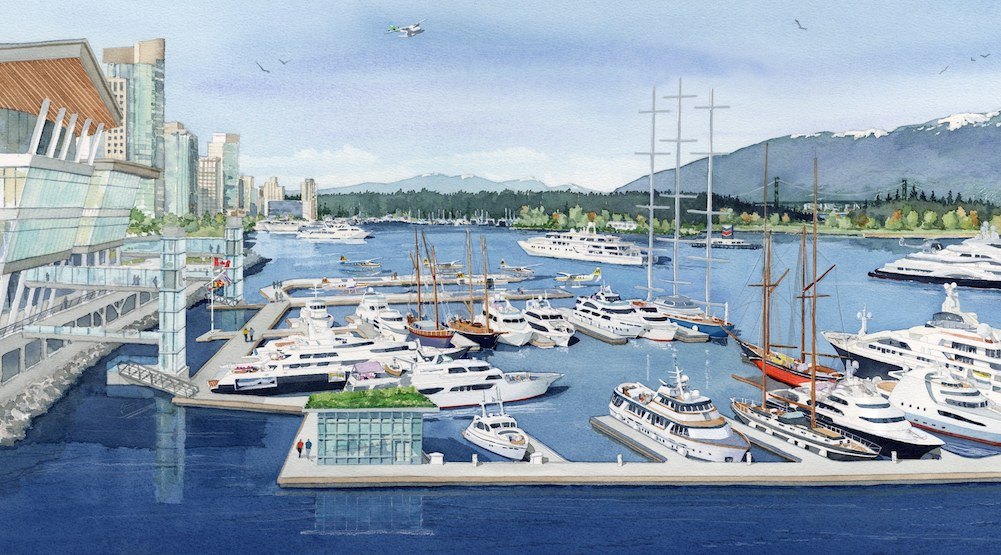 Since opening in 2009, the waterfront promenade on the north side of the West Building of the Vancouver Convention Centre has quickly become one of the seawall’s most iconic and popular vista points for both locals and tourists.

The area stretching from the giant rain drop art sculpture to the Vancouver Flight Centre float plane terminal provides completely unobstructed sight lines of the harbour and North Shore mountains. It is one of the most photographed and visited areas in the city.

But that could all change with the possible construction of a large marina right in front convention centre.

“The obvious use would be a marina”

Late last year, this 6.2-acre water lot in front of the convention centre was listed for a long-term lease and marketed as an area that could allow for the moorage of large vessels due to the location’s deep waters.

Commercial real estate broker Colliers International says there has been significant interest in the property and while it is an ideal site for a marina, especially due to the region’s high demand for additional marina moorage space, interested parties are still in the process of determining what could be built at the site. 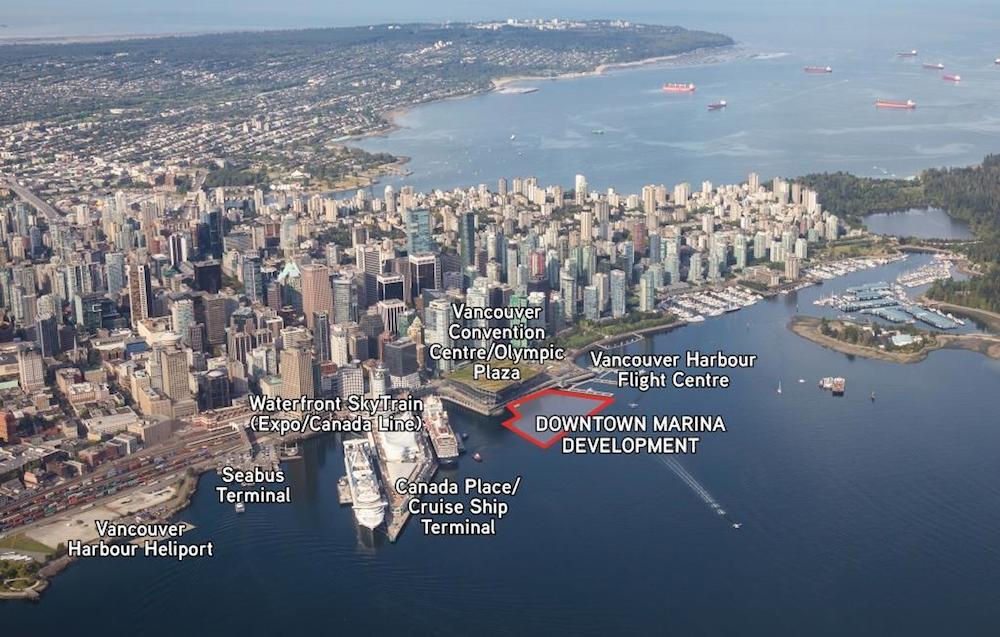 Proposed site of the marina in front of the Vancouver Convention Centre. (Colliers International Unique Properties) 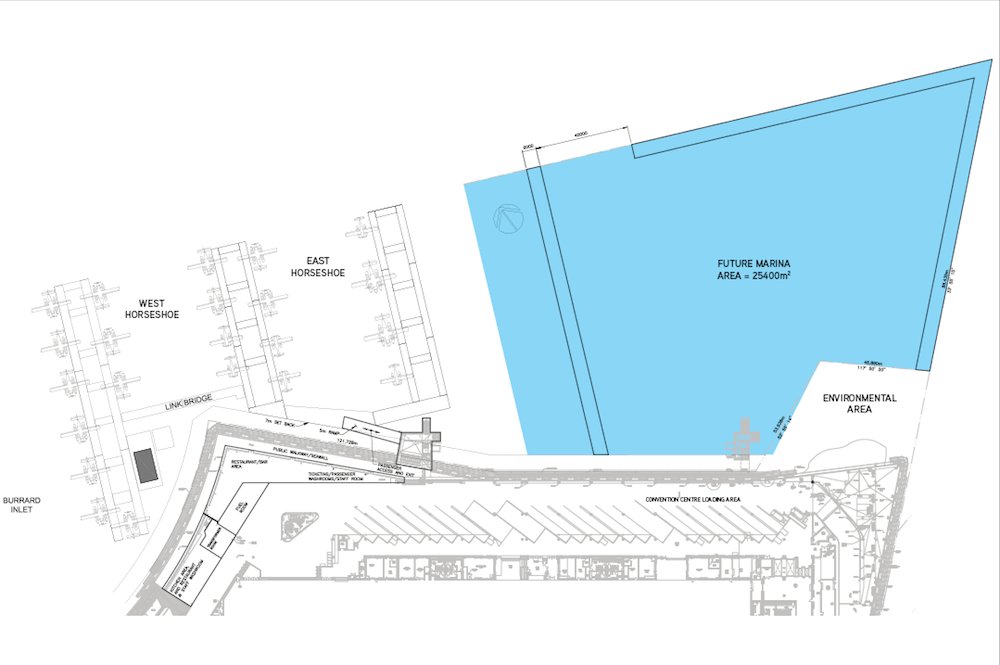 Proposed site of the marina in front of the Vancouver Convention Centre. (Colliers International Unique Properties)

“There’s a lot of demand for marina space. We are marketing the opportunity to develop the water lot but the zoning allows a wider variety of things than just a marina,” Mark Lester with Colliers’ Unique Properties team told Daily Hive.

A marina at the location could handle vessels up to 300 feet in length and several storeys in height, including as a dock and terminal facility for sightseeing vessels and the planned high-speed passenger ferries to Nanaimo and Victoria. It could also be used for the moorage of small 40-feet-long pleasure craft.

“So that’s why interested parties are trying to figure out what to do, whether it is a marina or a use that would incorporate commercial moorage,” Lester continued. “The zoning allows for a wider variety of things other than just a marina, but the obvious use would be a marina.” 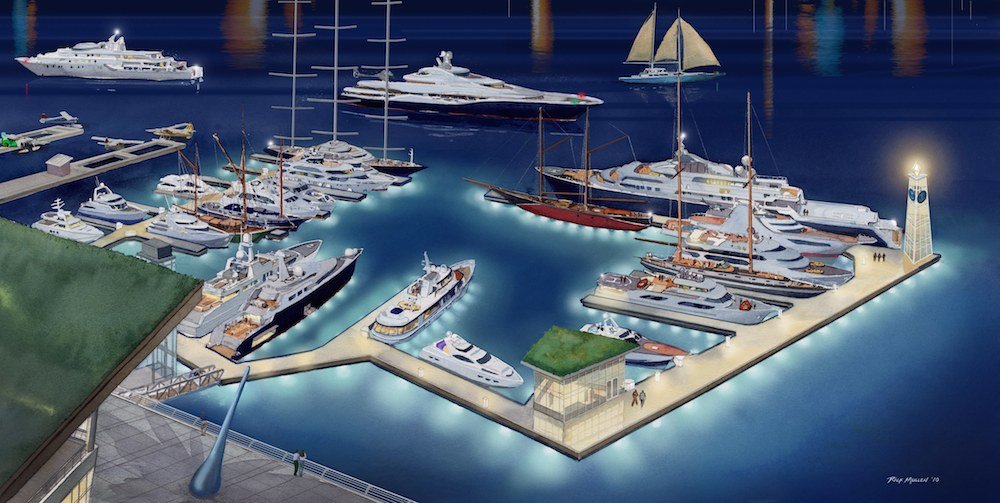 Both the Vancouver Convention Centre West Building and the famous white sails of the adjacent Canada Place pier are Vancouver’s equivalent of the Sydney Opera House (SOH) and the Hong Kong Convention and Exhibition Centre (HCEC) – some of the world’s most renowned landmarks due to their central and unobstructed waterfront locations.

Some of the principle tenets established by the Australian government’s detailed conservation policy to protect the cultural significance of the SOH revolves around preserving the unobstructed views of Sydney Harbour from all locations in and around the structure. 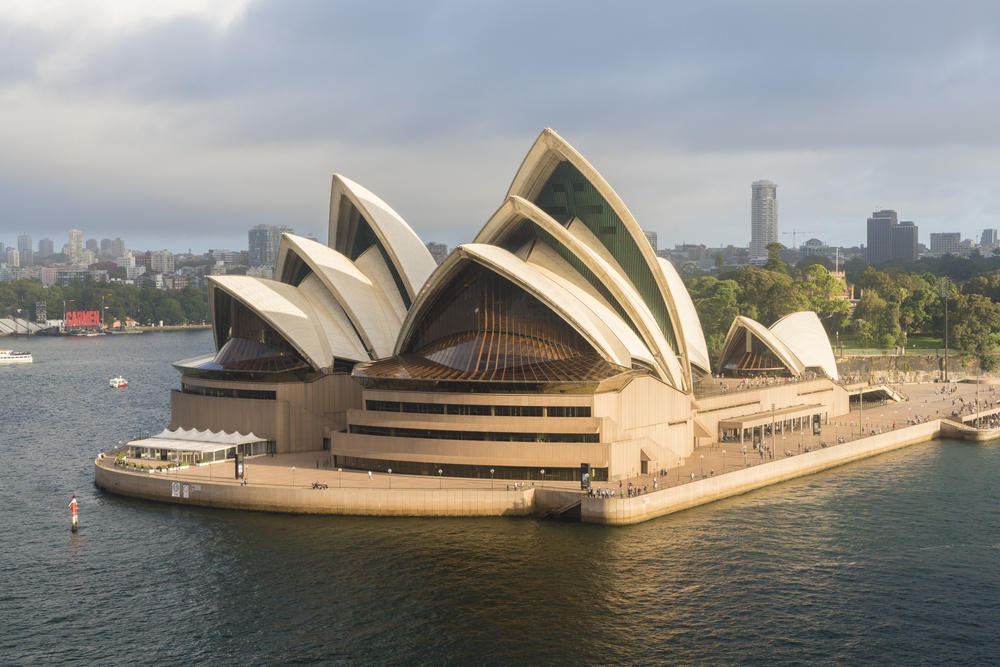 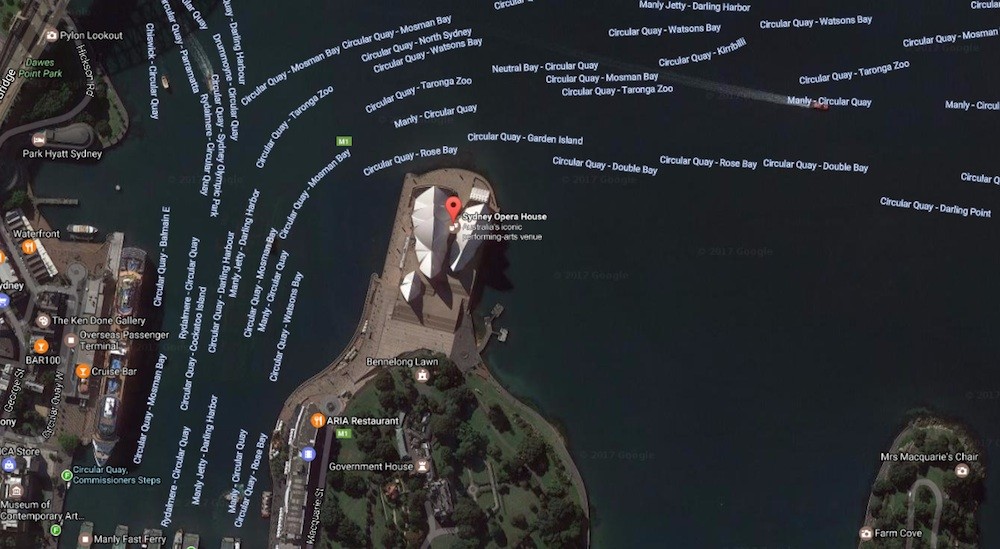 Aerial view of the Sydney Opera House and the surrounding waterways. (Google Maps)

“Tourists are an important part of the commercial lifeblood and word-of-mouth publicity of the Sydney Opera House—and Sydney,” reads the policy. “They should leave the site bearing an unspoilt memory and photographic record of their pilgrimage.”

The policy also refers to the SOH as a “sculptural form” that must be “unobstructed by adjacent erections,” adding that there is a desire to “maintain the building as a free-standing iconic monument of exceptional significance in an uncluttered and publicly accessible setting.”

Similarly, the Government of Hong Kong’s Harbour and Waterfront Plan contains policies that protect the unobstructed views of the Hong Kong Island skyline and Victoria Harbour from the Tsim Sha Tsui waterfront promenade in Kowloon. And as the HCEC’s “distinctive form” is an important landmark in the harbour, it recognizes the structure and surrounding promenade as an attractive location for views of the island shoreline and the emerging Kowloon skyline. 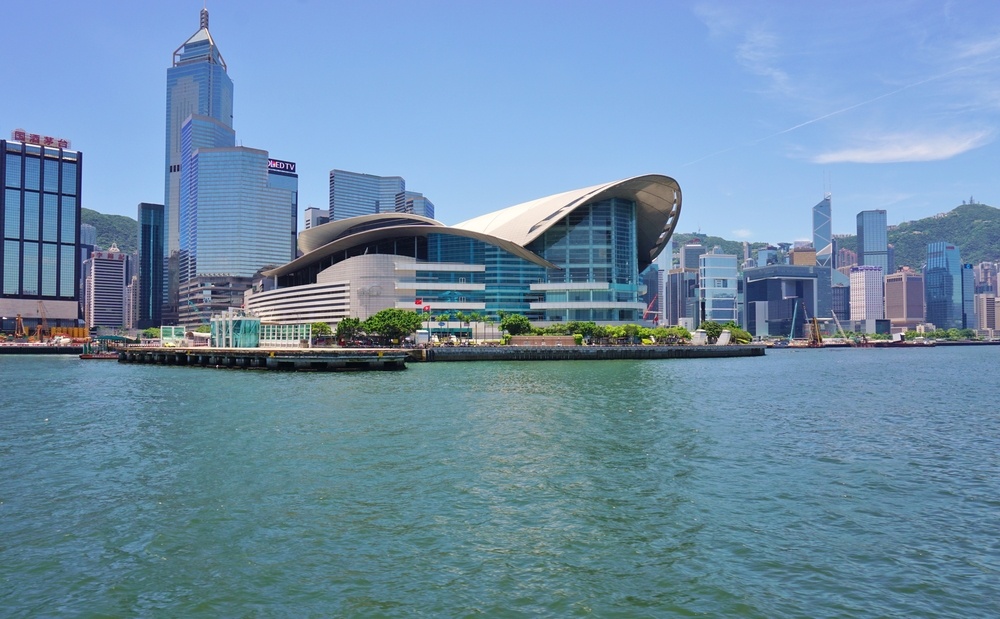 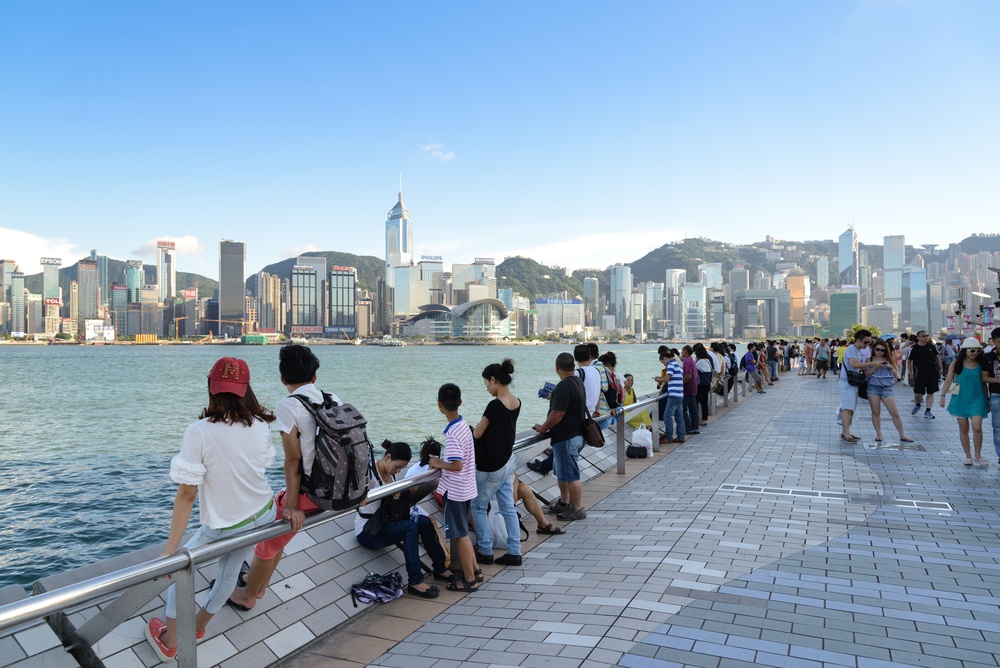 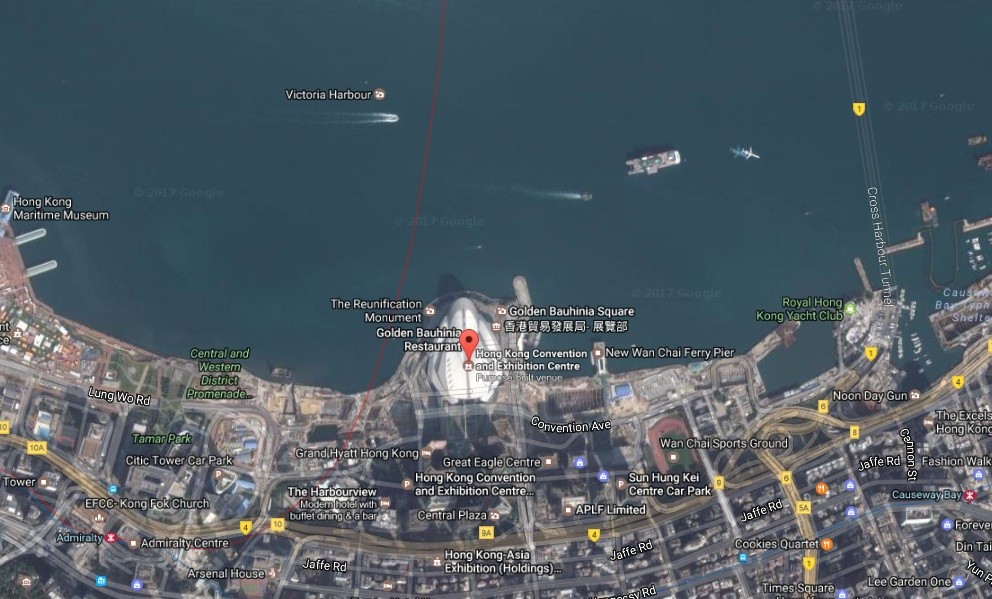 “This proposal will likely ruin that aesthetic”

The West Building of the Vancouver Convention Centre needs to be treated in a similar manner as the Sydney and Hong Kong waterfront landmarks.

“This is part of my running route everyday and it’s just such a unique space. There’s nothing blocking the gorgeous view,” said Will O’vich, a resident of the West End. “There’s nothing between you and the water and mountains which is what makes it so special.”

O’yich says a marina at the location would be another visually cluttered area like the seawall further down Coal Harbour near the Westin Bayshore Hotel.

“The [convention] centre area really gives us a different experience of the waterfront but if you drop a marina here there’s no difference with the view you get near Stanley Park.”

Leah Myles, who works in a nearby office tower, called the marina an “abomination” on the area.

“It’s horrid and doesn’t respect any of the landmarks that taxpayers funded and I wish they would have given the area more consideration,” said Myles. “Those boats are going to be in the way… they look awfully big [in the renderings]. Whoever proposed this has no taste.”

Former Vancouver resident Ian Ius, who now lives and works in Japan, said the following: “The Coal Harbour marina is okay because it is within a cove, but this proposal will jut out, causing visual clutter. The convention centre is a very sharp and clear structure defining the Vancouver waterfront, so this proposal will likely ruin that aesthetic.” 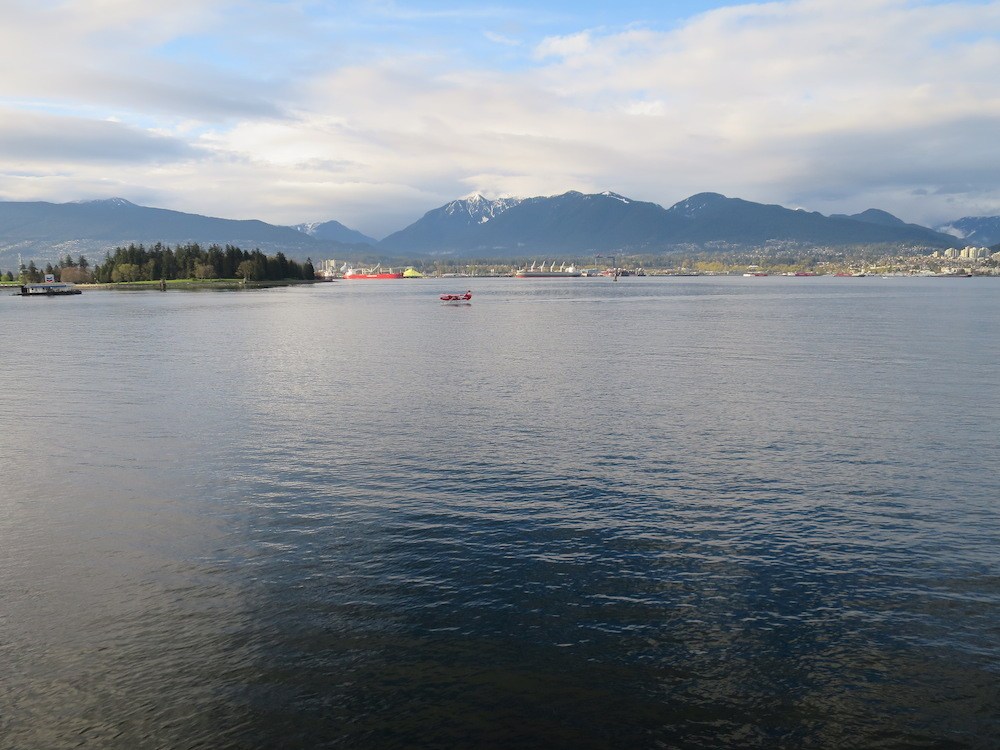 The proposed water lot site of a marina in front of the Vancouver Convention Centre. (Kenneth Chan / Daily Hive) 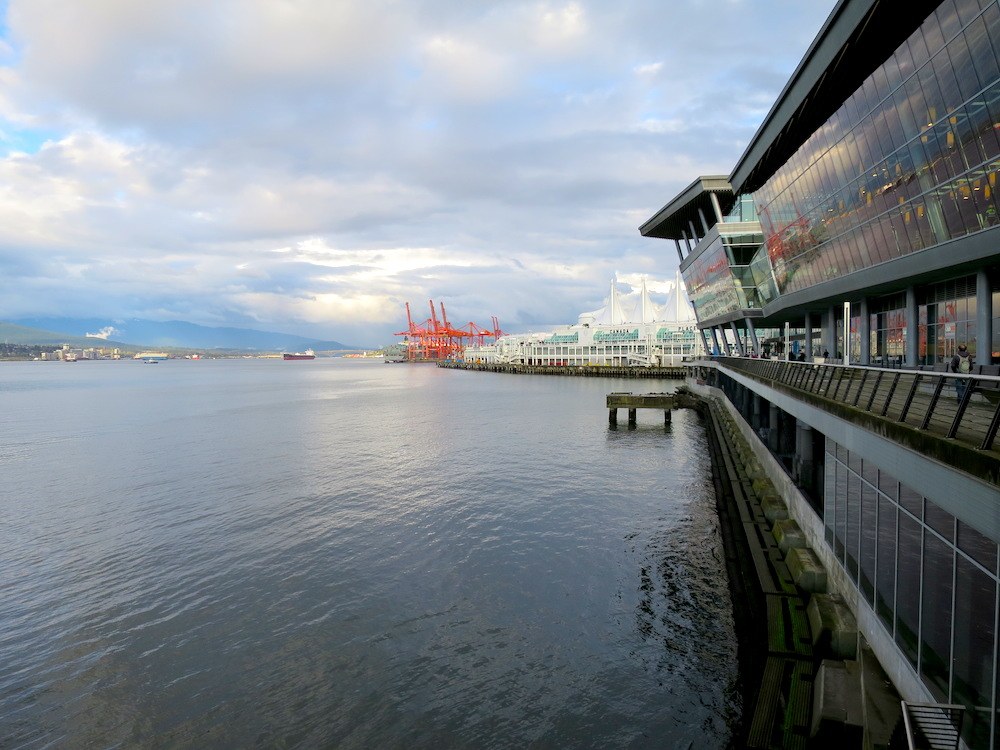 Concrete foundations for a potential footbridge connecting to a future marina were built as part of the initial construction of the convention centre expansion nearly a decade ago. (Kenneth Chan / Daily Hive) 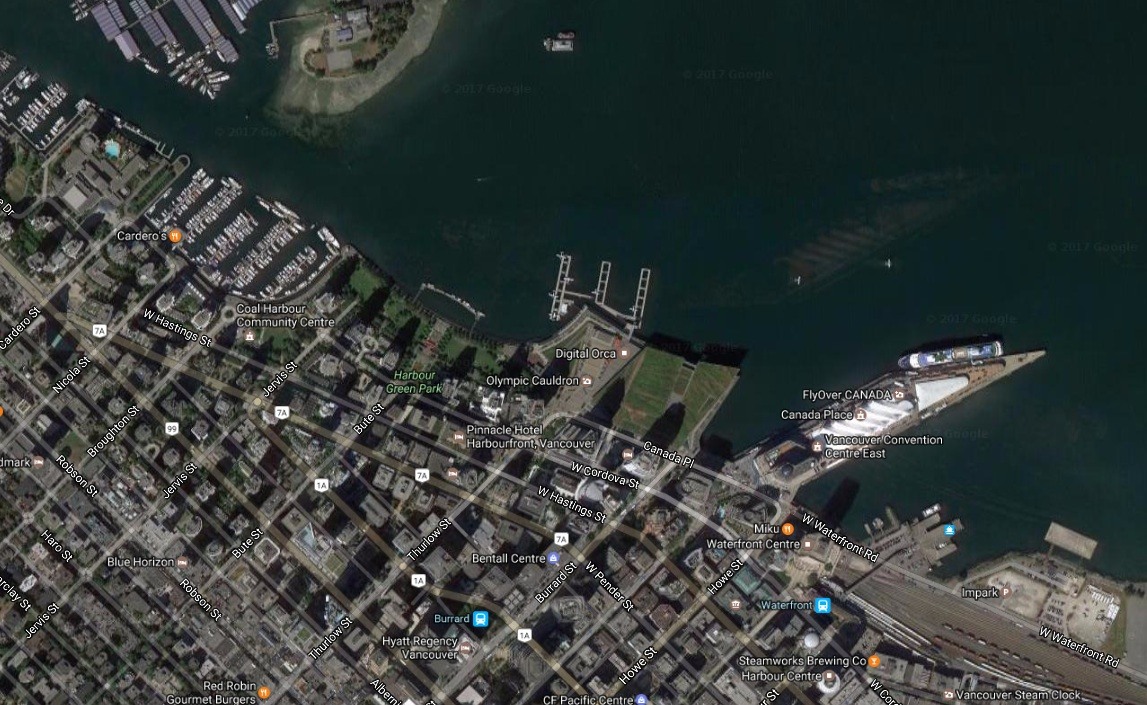 But Lester contends these opinions that the prestige and views from the area will be damaged by a marina: “People love to look at float planes, does that obstruct the view? I think it enhances the view, it’s interesting to look at.”

“Some people might not want the view blocked while others might think having boats there would be more interesting, and people will come along and look at the boats.”

He believes the height of the seawall in the area above water will mean people will be looking down at the boats.

But this might not be the case if the water lot is used as a marina slips for large and relatively tall yachts and a terminal for high-speed passenger catamaran ferries. In fact, its effect will be much more pronounced during high tide.

As well, the float plane terminal structure is significantly smaller than a marina with a design that maximizes the use of the water lot. And with a seawall elevation that rises and juts out on the other end of the West Building, the visual impact is less distinct.

With a completely unobstructed view of the harbour, the Vancouver Convention Centre’s West Building promenade is the most optimal fireworks viewing area for both the annual Canada Day and New Year’s Eve fireworks. In fact, it is deemed as the primary area of congregation for crowds to see both displays.

This is one of the few public venues where we have large public events, but the intent of parking yachts and vessels of such a potential sheer size will impinge on some of the major public celebration events that happen in the city.

Such a marina could reduce the allure of these major public events.