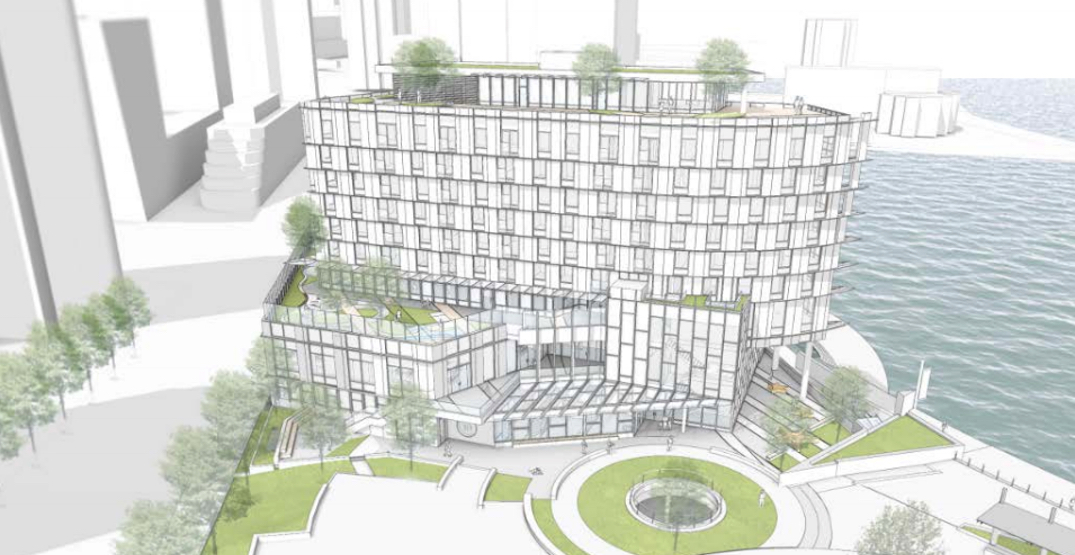 The City of Vancouver is aiming to move forward with a long-envisioned expansion of the existing Coal Harbour Community Centre complex to include new elementary school and social housing components.

Within the lower three levels of the mixed-use building, the elementary school will span 37,000 sq. ft. for up to 320 students. A 69-space childcare facility is slated for the fourth level, with outdoor play space located on the school’s podium rooftop. 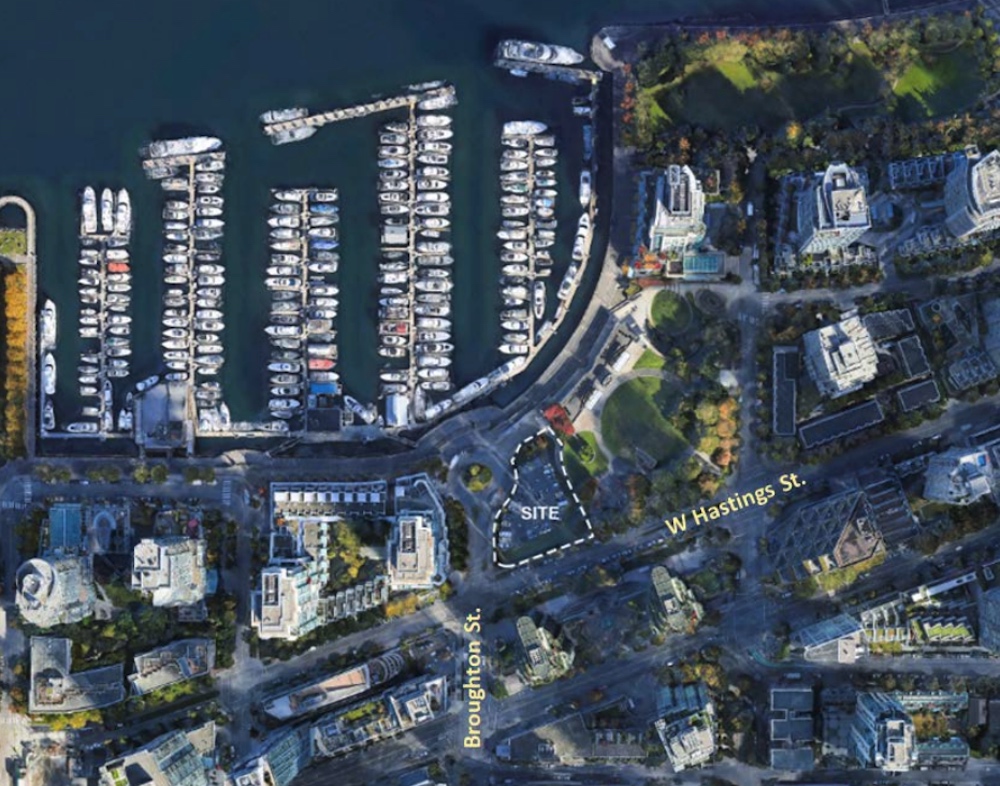 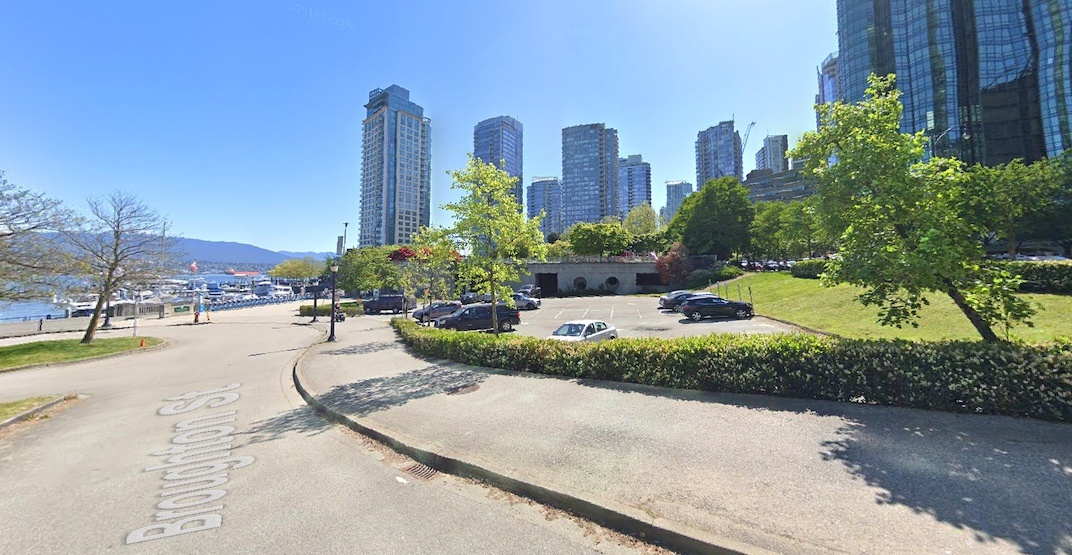 For the remaining levels, 45,000 sq. ft. of residential floor area will be dedicated for 60 units of social housing, with an emphasis on family-sized housing as 58% of the homes will be two- and three-bedroom units.

Residents will have access to a large indoor and outdoor rooftop amenity space.

There will also be significant public realm improvements that not only create new public spaces but better integrate the redevelopment with the community centre and seawall.

The project, designed by Henriquez Partners Architects, is being designed to Passive House and LEED Gold green building standards. The goal is to create a building to “achieve zero emissions.” 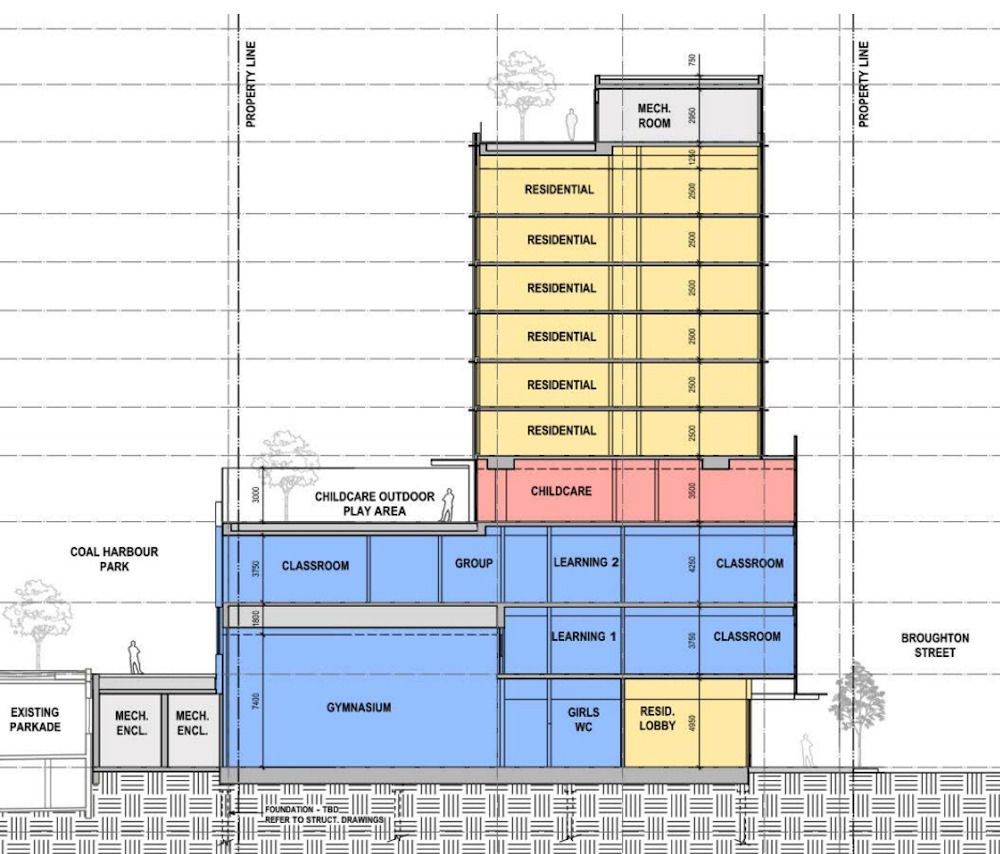 “The estimated construction costs reflect the aggressive energy efficiency standards of the school and childcare spaces that are further incorporated into the design of the housing space,” reads the city staff report.

“Even with the higher building standard and the associated costs, it is still prudent to integrate housing into the Project as it would cost the City even more to acquire another site in the neighbourhood to deliver the same number of units of housing.”

These numbers mean the project will have some of Vancouver’s most expensive social housing units in terms of the cost of realization. 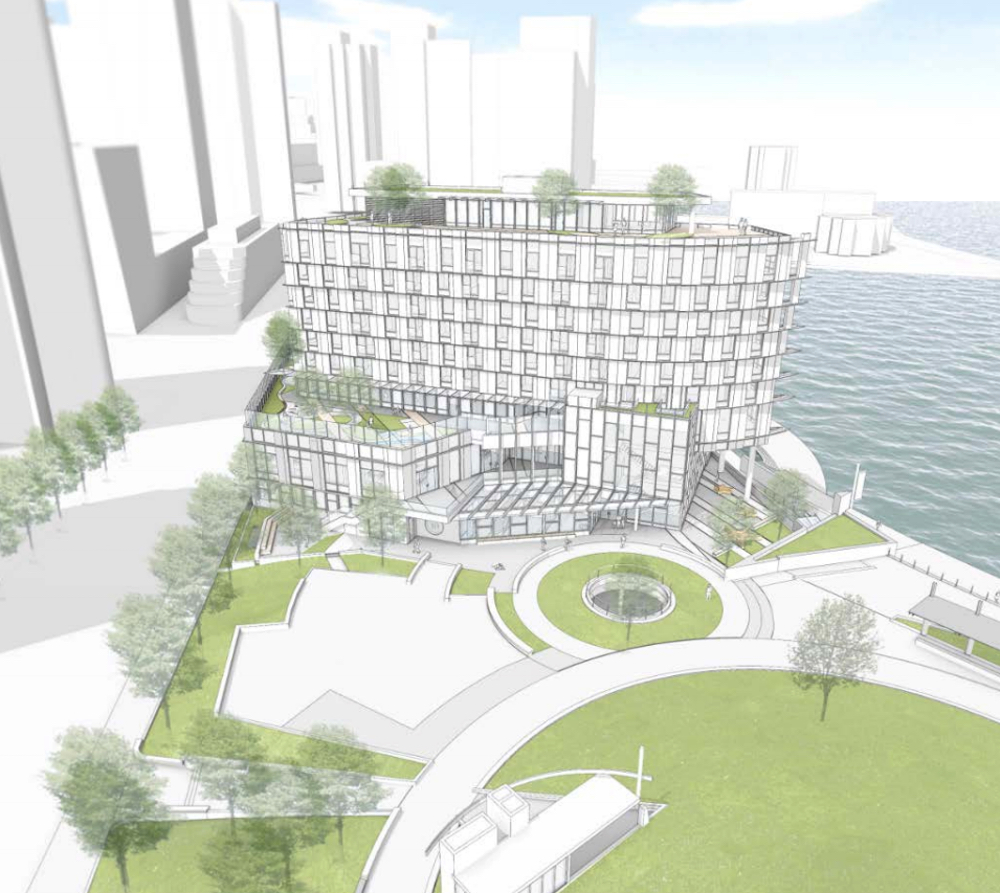 City staff state the project “represents final delivery of the vision approved 25 years ago. The strong working relationship between the School Board, Park Board, City and future non-profit operators, combined with the contribution from other levels of government, is a great example of optimizing public land and partnership resources for enhanced and much needed community services for years to come.”

According to the report, there is a tight timeline to complete the project to the extent that it necessitates acquiring bridge financing for the entire social housing construction cost upfront. The municipal government will pursue grants from the federal and provincial governments, which will help determine the level of affordability of the units, and be used to repay the city’s contributions.

The urgency to construct the building as soon as possible is because students at Lord Roberts Annex Elementary School at Nelson Park in the West End will be temporarily relocated to the new Coal Harbour elementary school.

The relocation of students is necessary as the first step for BC Hydro’s project of constructing a new much-needed underground substation beneath Nelson Park. It will replace the aging 1953-built Dal Grauer substation on Burrard Street next to Scotiabank Theatre, and provide additional electrical capacity to meet the demand from downtown’s strong growth as a result of continued development activity.

Upon the completion of a new substation, the park will be remediated, and a new Lord Roberts Annex will be constructed. The combined $65-million cost of the new schools at Coal Harbour and Nelson Park is entirely funded by BC Hydro.

The aim is to begin construction on the new Coal Harbour school in November 2021 for a June 2024 opening, at which point construction on the substation at Nelson Park will begin. The new West End substation, synthetic turf playing field, and new replacement Lord Roberts Annex are targeted for completion towards the end of the decade.

The Park Board has indicated it would like to have the existing and future new public spaces around the Coal Harbour Community Centre formally designated as a public park.