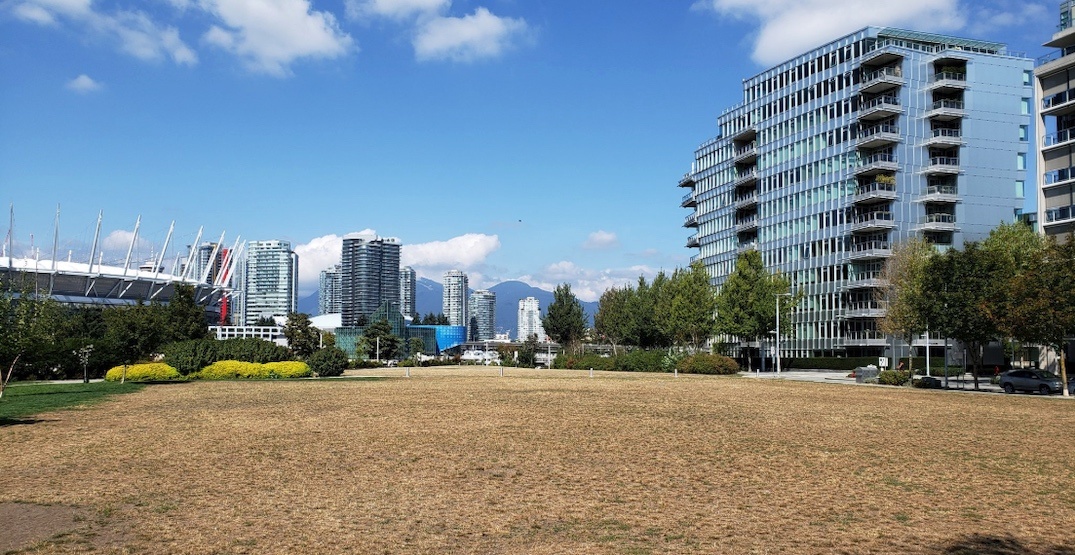 If re-elected, the BC NDP provincial government will fund the construction of a new elementary school within Vancouver’s Olympic Village neighbourhood.

The election campaign platform promise was made over the weekend.

“I know from living and working in this community that this new school will make worlds of difference to the young families that call False Creek home, giving them more time to enjoy our beautiful city,” said the BC NDP’s Vancouver-False Creek candidate Brenda Bailey in a statement.

An elementary school with a childcare facility is a component of the City of Vancouver’s Southeast False Creek Plan, created about a decade and a half ago.

Following the master plan, the city has left a large grassy site vacant at Hinge Park — the parcel north of the playground, west of Columbia Street, and south of Athletes Way — for a future elementary school. 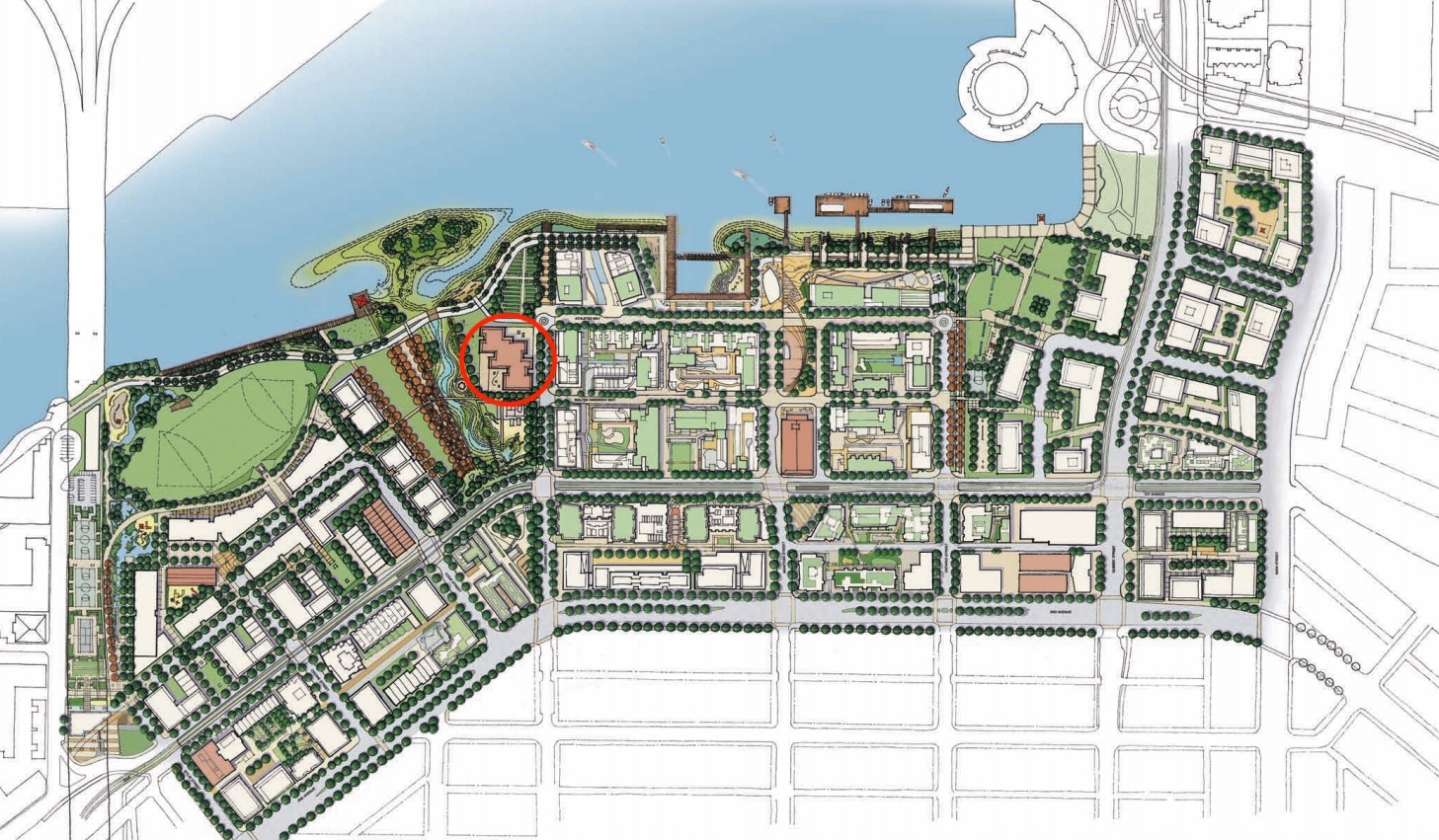 Master plan of Southeast False Creek, which includes the Olympic Village. The location of the planned elementary school at Hinge Park is circled in red. (City of Vancouver/Daily Hive)

While enrolment is dropping in some neighbourhoods, specifically within the Vancouver Westside, there continues to be an immense demand for more school capacity in and around the city centre where densification has led to strong population growth.

A Vancouver City Council motion in September 2019 by NPA councillor Lisa Dominato highlighted the capacity challenges of existing schools in the same school catchment, and in some cases schools are seeing nearly three times the number of in-catchment applications for kindergarten than the allocated capacity.

“The reasonable expectation that an elementary school would be in place for the Olympic Village community by 2020, as noted in the South East False Creek ODP, led many to choose the Olympic Village as a neighbourhood where they could build their lives and livelihoods and start families,” she wrote.

“The overcapacity conditions at Simon Fraser Elementary are forcing families to send students to schools well outside their neighbourhood, with students attending more than two dozen different schools throughout the city.”

The last elementary school to open in and around the downtown Vancouver peninsula is the 2017-built Crosstown Elementary School next to Andy Livingstone Park and Rogers Arena. It has a capacity for 500 students. 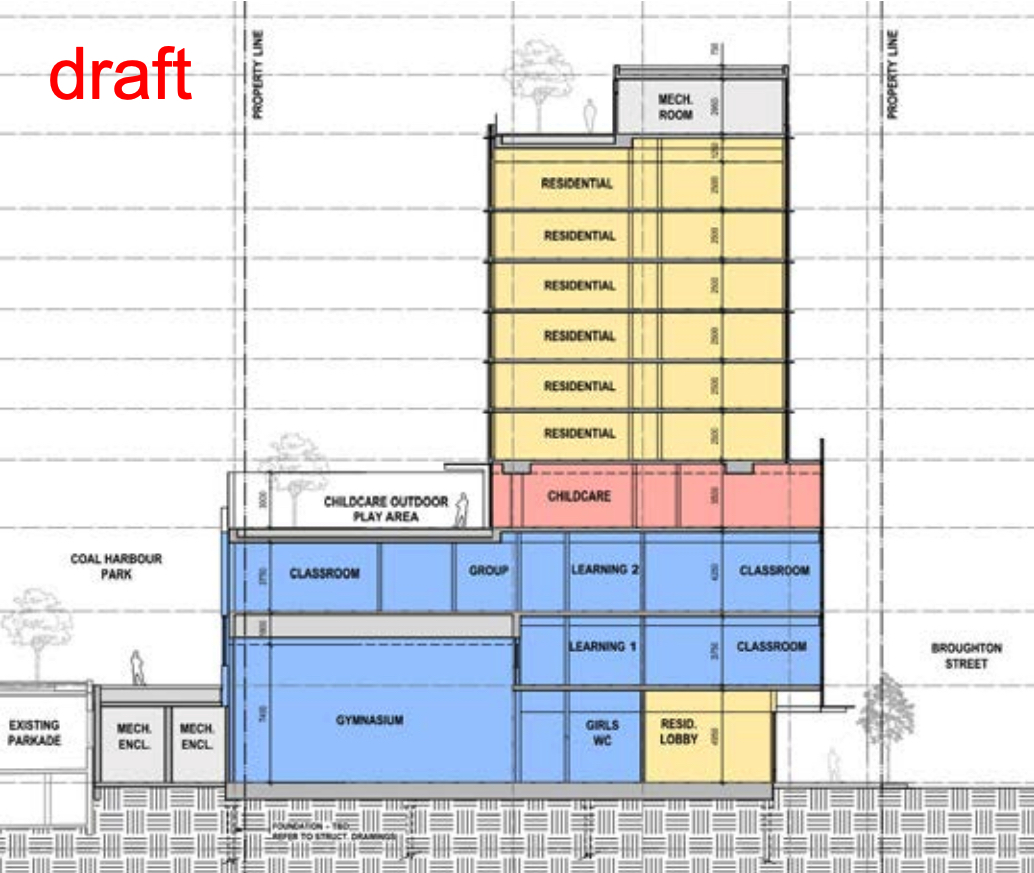 2020 draft layout of the planned Coal Harbour elementary school building with a childcare facility and non-market housing. (City of Vancouver)

There are also plans by both the municipal government and Vancouver School Board to build a 10-storey, mixed-use public building next to Coal Harbour with a new elementary school. This potentially includes a 320-student capacity elementary school within the lower three levels, a 69-space childcare facility on the fourth level, and about 60 units of non-market housing within the upper levels.

Construction on the Coal Harbour location could begin in June 2021 for a completion by the fall of 2023, but it will be a few more years before the new elementary school creates any additional capacity, as it will act as the temporary new school for students at the West End’s Lord Roberts Annex site, which will be demolished for a new underground BC Hydro substation. A new replacement school will be built over the utility infrastructure.