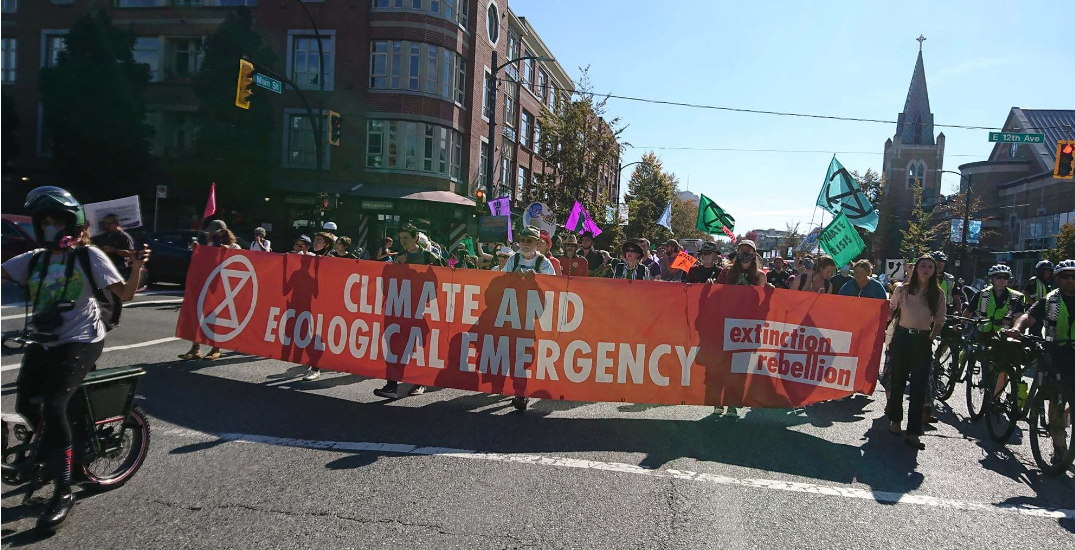 One person has been arrested after climate protestors blocked a major intersection in Vancouver’s Mount Pleasant neighbourhood on Saturday afternoon.

According to Vancouver Police Constable Tania Visintin, approximately 75 people marched to the intersection of Main Street and East Broadway around 2:30 pm on Saturday.

The group placed banners in the middle of the intersection, and disrupted traffic for several hours. VPD asked drivers to avoid the area.

Police said they gave the protestors “time to express their views” before asking the group to disperse.

The majority of the crowd left the area, and the intersection reopened around 7:30 pm. However, police said one 26-year-old woman refused to leave.

Officers arrested the woman for mischief. She has been released pending a future court appearance.

In a release, Extinction Rebellion Vancouver said that one of its members was arrested. The group held a climate action protest yesterday that began at Prince Edward Park.

“There will be civil disobedience and arrests are expected,” the group said earlier this week.

“The government has failed to act on the climate crisis and provide a safe and livable future for future generations, and so it is a moral imperative we act.”