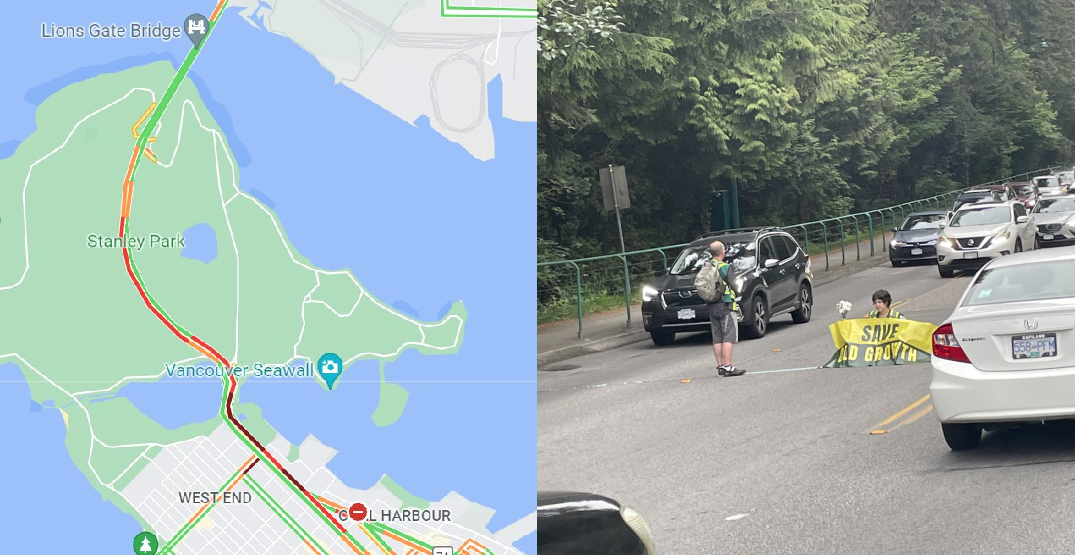 After returning from their long weekend, commuters between the downtown core and the North Shore were brought to a halt due to climate protesters.

Demonstrators with Save Old Growth set up the blockade Tuesday morning across the Stanley Park Causeway, leading to heavy delays for the Lions Gate Bridge.

A photo shared by the group on Twitter shows a protester sitting in the middle of the lane in front of traffic with a yellow and black sign that reads, “Save Old Growth.”

The Ministry of Transportation said the bridge cleared around 8:15 but “major delays” for both directions should still be expected.

CLEAR – #BCHwy99 Traffic was affected in both directions by protest activity in the #StanleyParkCauseway, just after the #LionsGateBridge now cleared. Expect major delays in both directions. #Vancouver #NorthVan #WestVan pic.twitter.com/5b1OlieRX1

Tuesday’s protest was short-lived and according to the group no arrests were made.

The group has caused a number of major disruptions across BC for months, leading to more than a dozen arrests.

A few weeks ago, Save Old Growth leaders said the group would stop disrupting highways.

But this weekend demonstrators vandalized popular tourist landmarks with their message, indicating they’re back in action.

“BC old growth forests are being clear cut as politicians enjoy summer vacation. We’re here to remind them of their broken promises,” the group said in a news release. 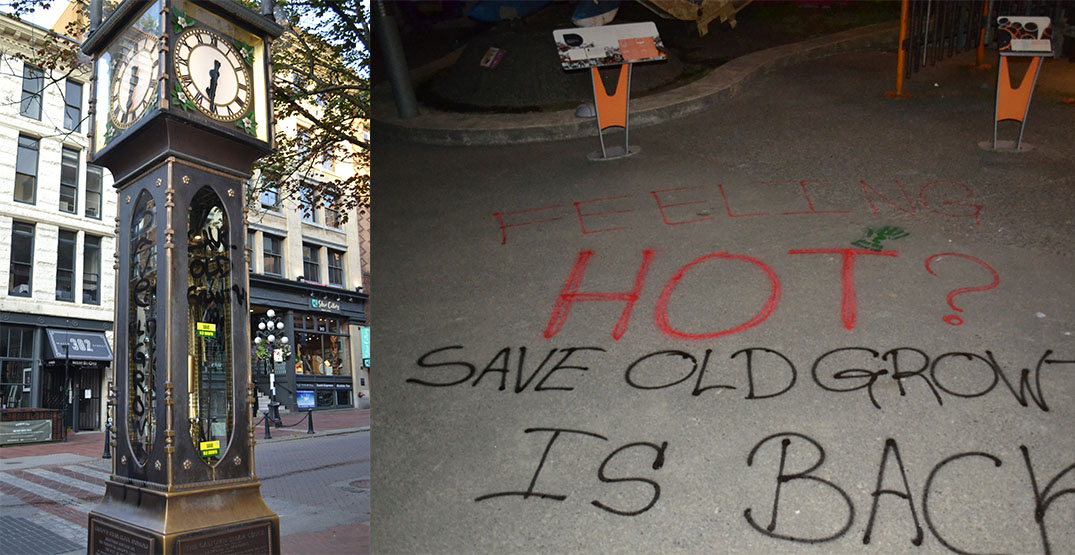 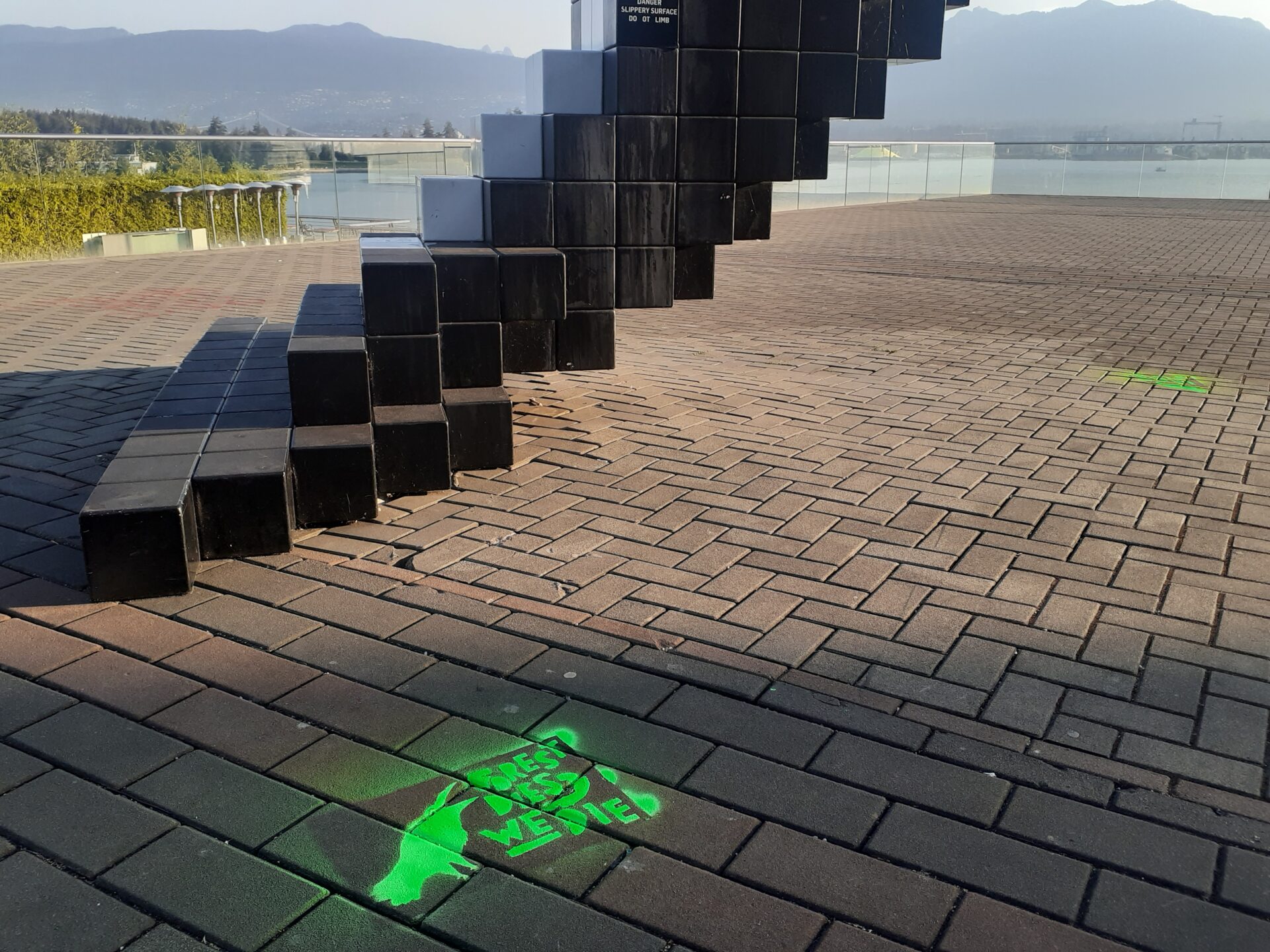 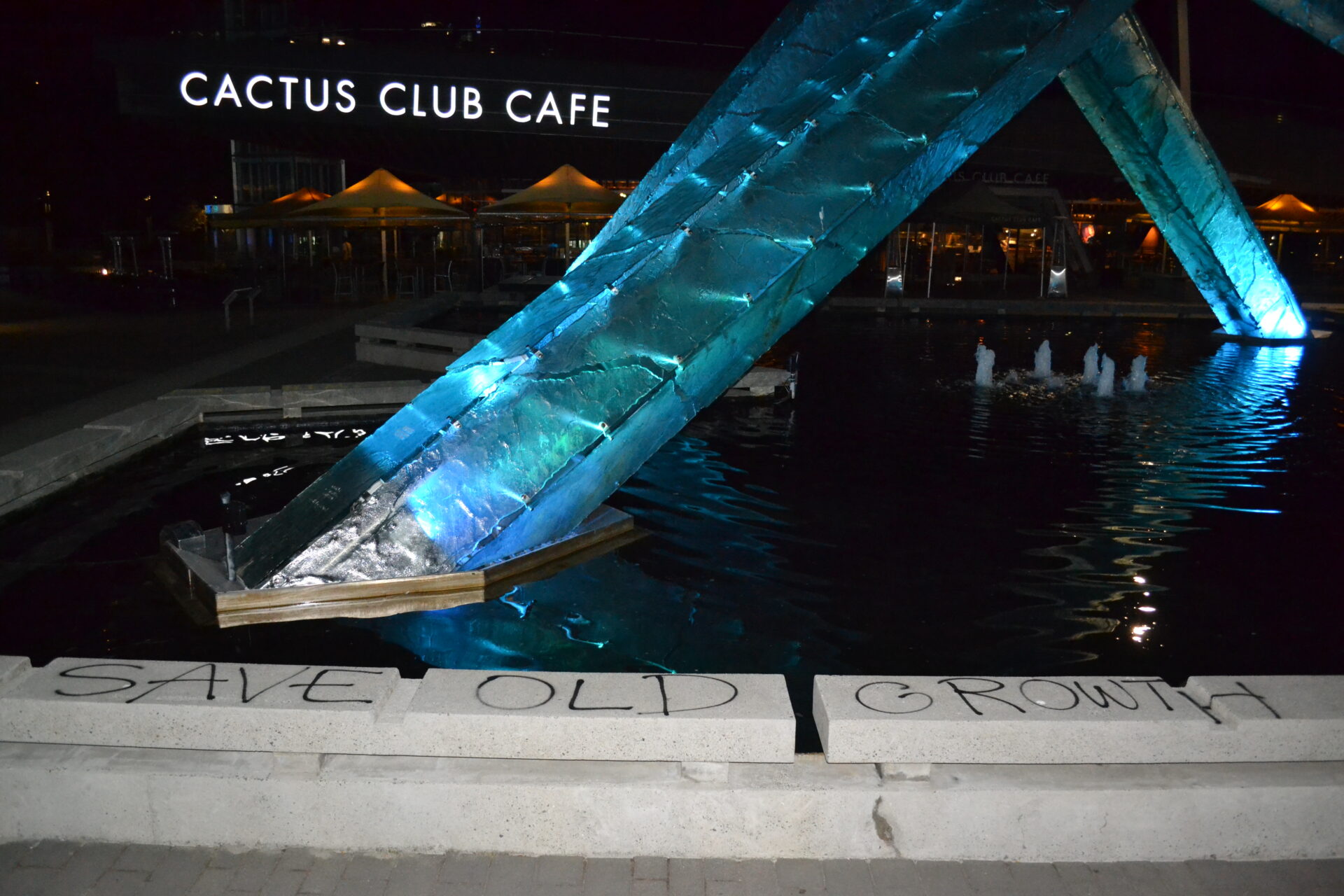 “No tourism without justice,” the group tweeted.

Save Old Growth unveiled these messages on July 28 in conjunction with Overshoot Day — the date when humans are estimated to have used up all the biological resources the earth can produce for the entire year.