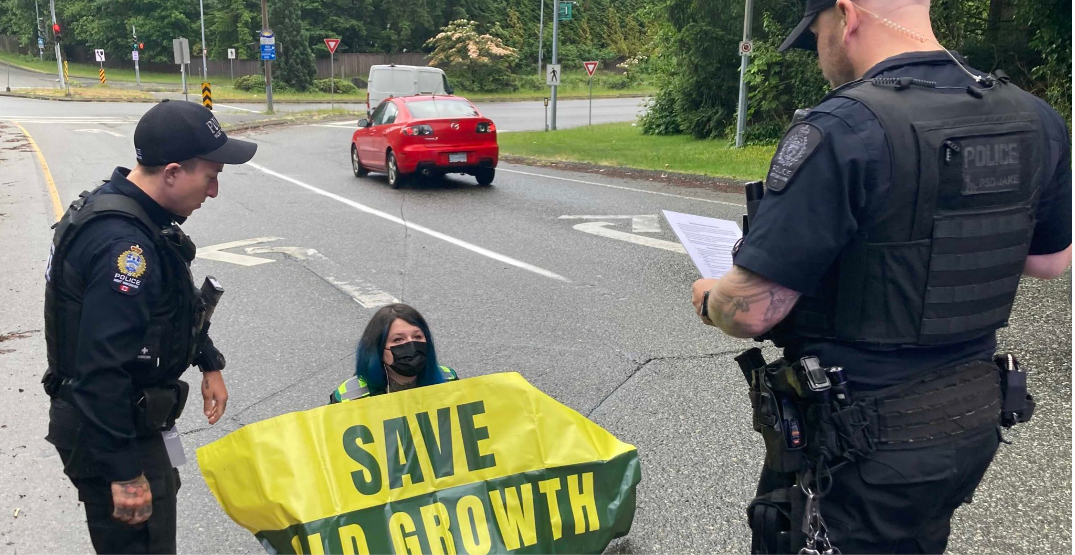 In some good news for BC drivers, Save Old Growth has stated that it will no longer be doing actions on critical infrastructure in the province. The group says the move amounts to a de-escalation of disruptive actions.

Protesters have made headlines in recent weeks for blocking key roadways around BC, which has led to several arrests and even some injuries.

It seems like the pressure from all sides has been enough to dissuade Save Old Growth from further traffic blockades. The environmental activist group will instead turn to other strategies that don’t involve stopping traffic, like public outreach.

In recent weeks, protests at critical infrastructure locations in BC have reached a breaking point, even leading to physical confrontations.

Daily Hive reported about a blockade that ended up with a protester being injured with a shattered pelvis.

A group that calls itself Clear the Road in BC launched a campaign, asking drivers how they’ve been impacted by the blockades on major roadways. They also propsed the idea of a lawsuit against Save Old Growth due to what they called “extremely dangerous” tactics.

It remains to be seen what new strategies Save Old Growth protesters will employ to fight for old growth forests in the province, but at least you won’t have to worry about being late to work because of them anymore.