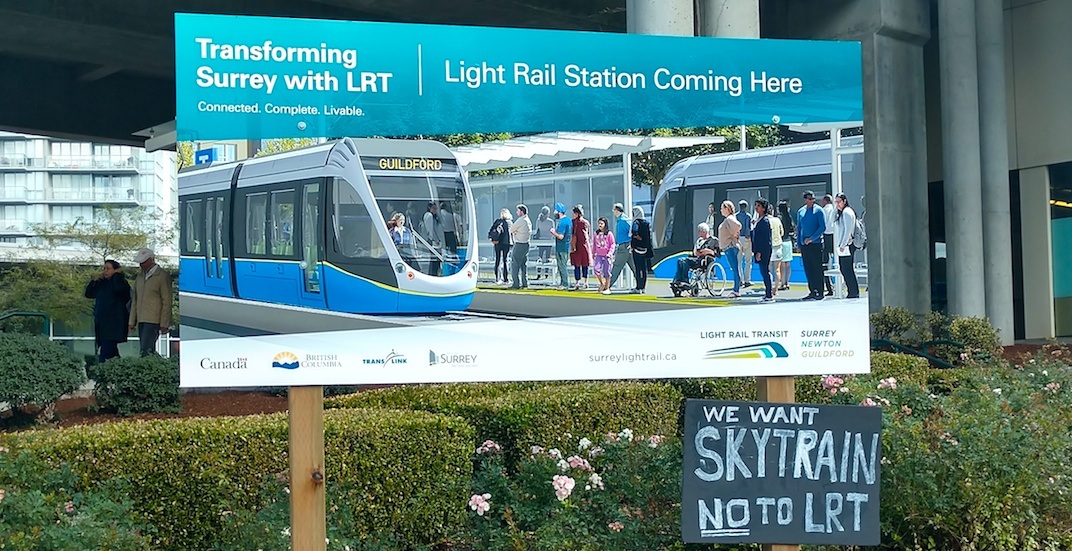 Signs erected by the municipal government in Surrey that promote the Surrey Newton-Guildford Light Rail Project (SNG LRT) started coming down on Friday after an Elections BC order.

Crews with the City of Surrey removed the signs as they violated third-party elections rules under the local elections campaign financing act, which includes restrictions on both candidate and issue-based advertising.

Over the last few weeks, the debate over LRT vs. SkyTrain technology has quickly evolved into one of the top issues within the Surrey municipal election race, with various candidates and parties siding one technology over the other.

The signs were erected shortly after Prime Minister Justin Trudeau and other local leaders made a funding announcement about SNG LRT and the Broadway Extension early this month.

It was a part of the municipal government’s 60-day communications plan throughout September and October to “build support, excitement, consensus, and social license for the Project,” according to an internal memo by the General Manager of Engineering in late-August.