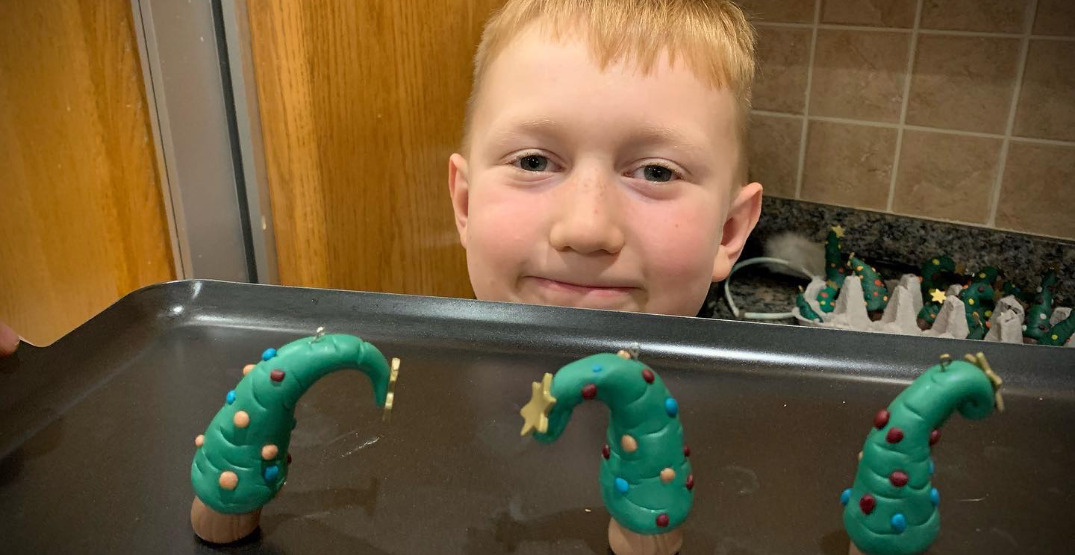 Many parts of BC are still recovering from extreme weather events as another atmospheric river bears down, but one eight-year-old boy is trying to make a difference for flood victims, and he’s doing it through arts and crafts.

Gavin’s initial idea was to set up a table in front of his house to sell his whimsical, handmade clay Christmas trees. His mom figured that it would only go as far as the neighbours, so she decided to post his venture on Facebook Marketplace.

Gavin frequently crafts with his mom, which is how this effort came to light.

“He crafted a really cute tree and said, ‘I could sell these for the floods,'” Aimee King told Daily Hive.

The effort started with deliveries to Metro Vancouver, but due to the demand, King joked that they might have to switch to pickup only. 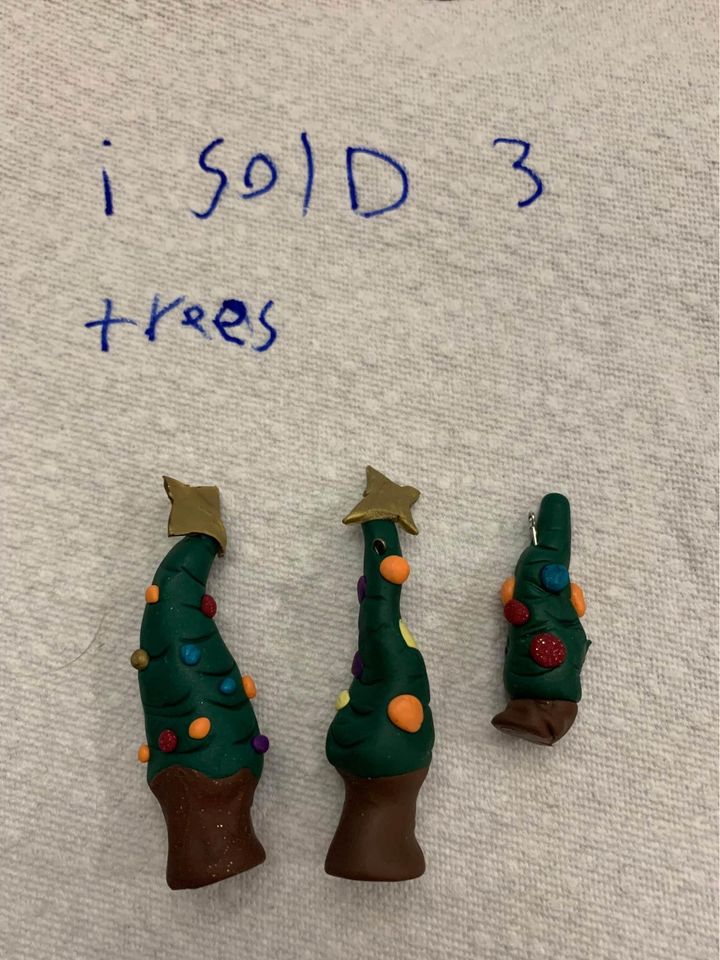 “Now he works in the evenings when he’s not busy with hockey, soccer, or scouts and makes all of them on his own.” 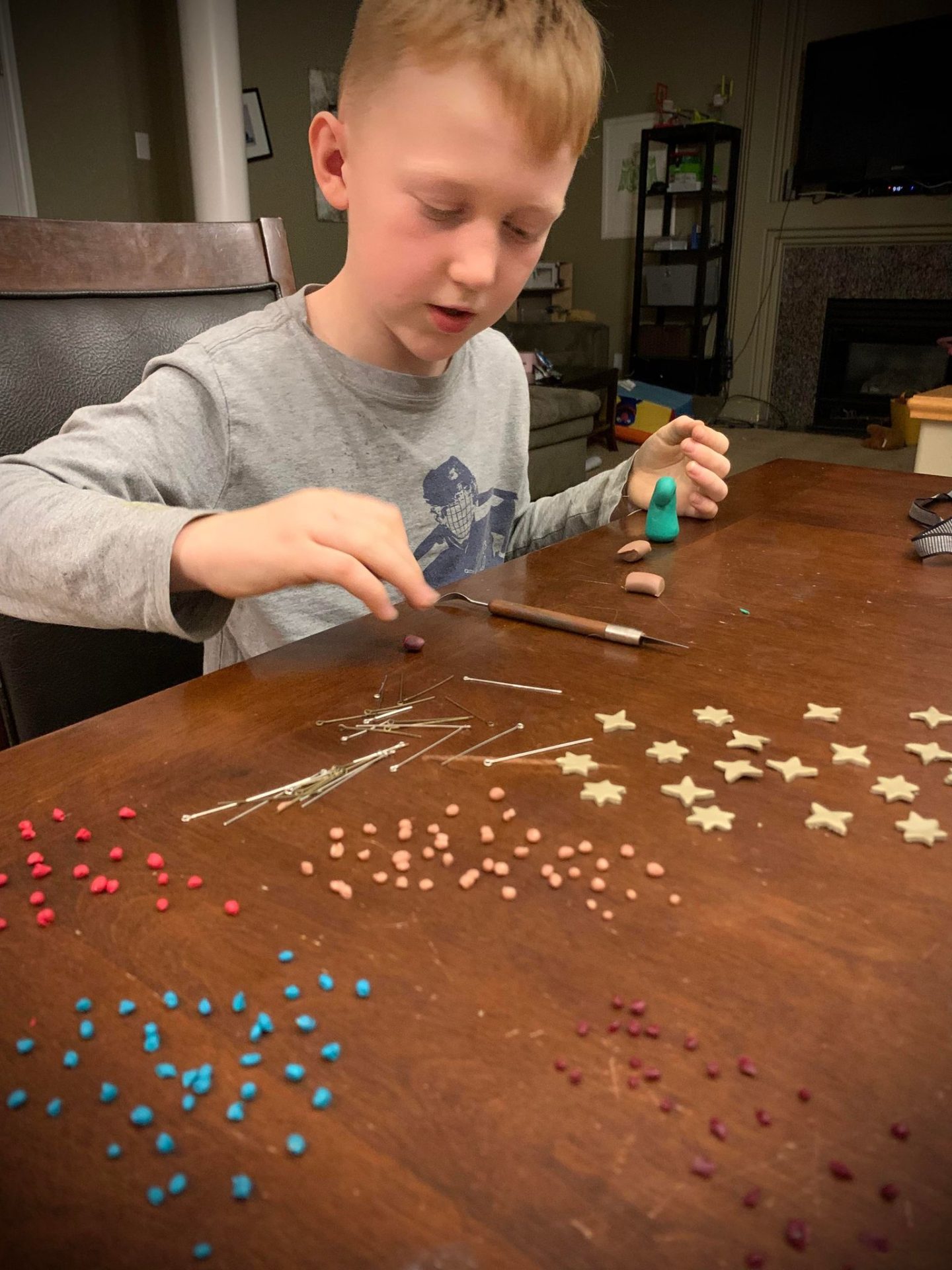 Proceeds from Gavin’s whimsical art are going to Central Fraser Valley Search and Rescue (CFVSAR), a group of volunteers making an effort to keep people safe.

Tim Skidmore, a volunteer with CFVSAR, told Daily Hive how blown away the group was with Gavin’s effort. 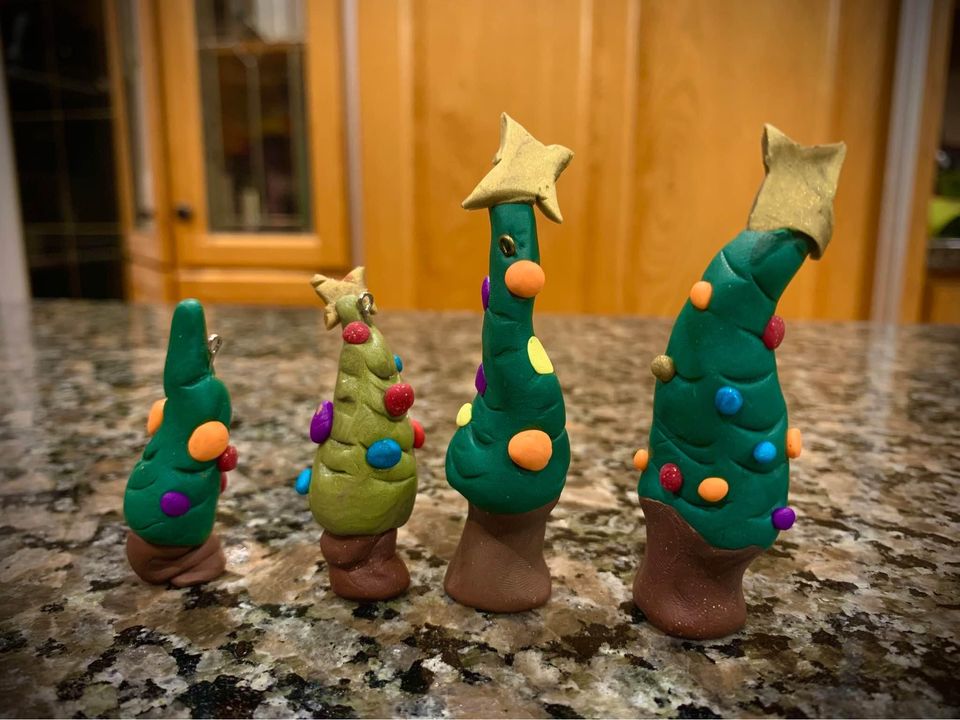 “The whole team was floored. I had reached out and thanked Aimee as well. When we have time, we are going to visit the boy in some of our SAR trucks (lights flashing) to say thank you,” he said. 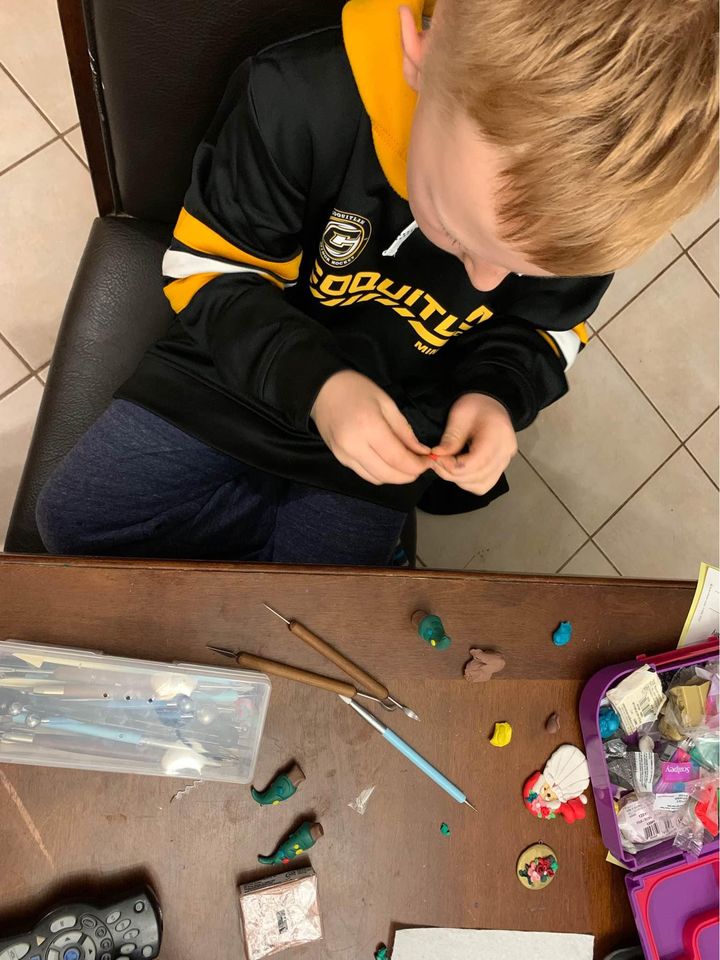 CFVSAR has been working around the clock handing out evacuation notices, performing rescues, and doing wellness checks in the Sumas Prairie area, according to Skidmore. It’s a team of just 28 volunteers.

“We’ve had our water crew taking shifts, basically sleeping at the base, ready to go out for every call that comes in. The first week of the rain and flood, we put in over 2,000 volunteer hours over the whole team.”

“No catch. Just make a donation and let a kiddo know he has the power to help others,” reads the Marketplace post.

Also, if you have any dark green polymer clay handy, Gavin is running a little low.