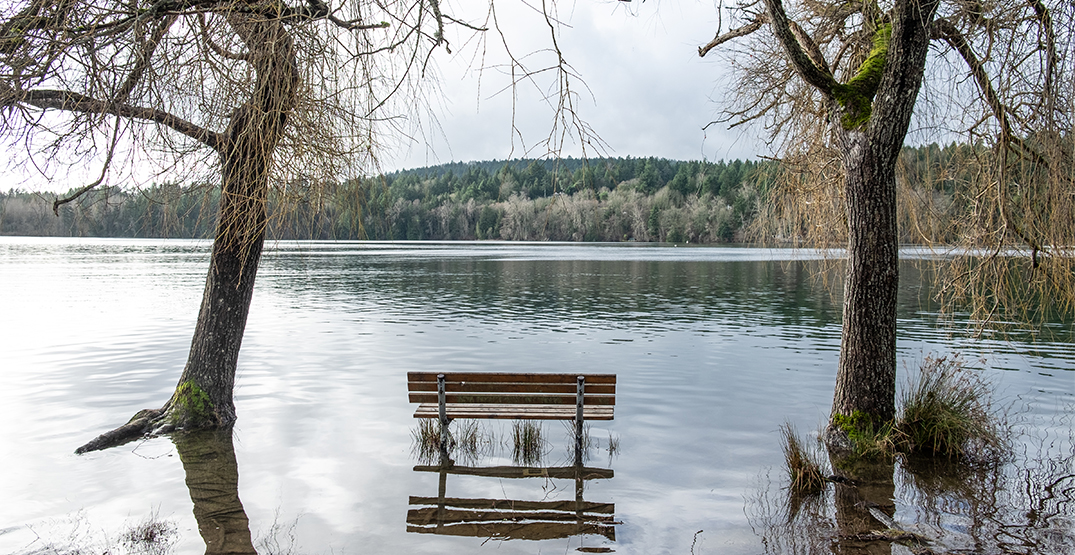 BC’s rainiest autumn on record is set to get even wetter before winter officially kicks off, according to one long-term forecasting agency.

Accuweather said in a November 30 forecast that many areas of the Pacific Northwest aren’t out of the woods yet when it comes to fall rainstorms. Another atmospheric river will hit Metro Vancouver Tuesday, adding a finishing punch to the wettest November many communities have ever recorded.

An Accuweather map predicts Metro Vancouver, most of Vancouver Island, part of the Olympic Peninsula, and much of the North Coast will see heavy rainfall. Slightly north and inland, the atmospheric river could hit as a mixture of rain and snow.

Further east over the Rockies, the moisture-laden system will likely fall as snow. 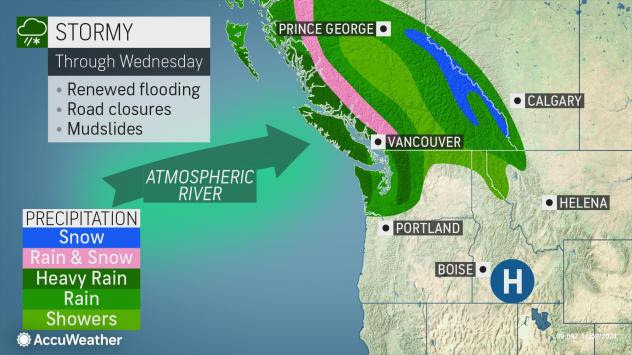 Vancouver has had 515 millimetres of rain so far this fall, and Abbotsford has topped the whole province 821 millimetres.

South of the border, Seattle Tacoma Airport also recorded its rainiest fall season on record, with 481 millimetres of precipitation.

In addition to soaking the region, the atmospheric rivers have caused existing snow on mountaintops to melt and flow downwards which has worsened flooding and mudslides in much of the province.

In a media briefing Tuesday, Environment Canada detailed what residents should expect from the latest powerful storm.