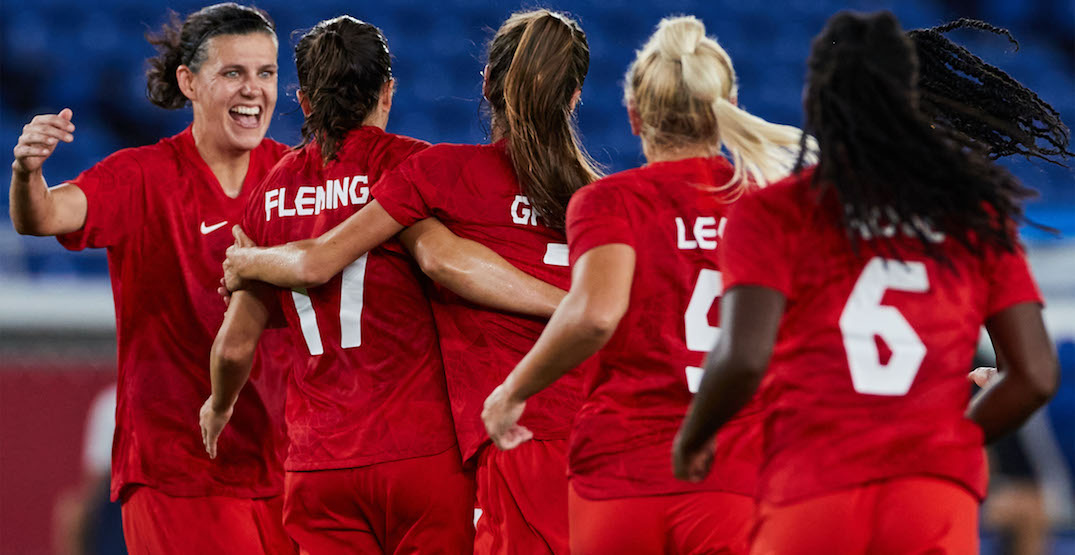 There was a time when Canada’s success at international tournaments was totally dependent on Christine Sinclair putting the team on her back.

The all-time international goals record holder in women’s soccer, Sinclair rose to greatness long before the rest of her team. Even as Canada began to reach the podium at the Olympic Games in London and Rio, Sinclair led the charge.

She famously scored a hat trick against the United States in the semi-final at London 2012 — one of the greatest Canadian Olympic performances of all time — but that wasn’t enough to earn a win for her country.

Through her achievements, Sinclair inspired a generation. It was in the Tokyo Olympics, with Sinclair now 38 years of age, that the new generation helped get Canada over the hump to win gold.

The Burnaby native debuted for the national team on March 12, 2000, before 20-year-old PK winning-goal scorer Julia Grosso was born.

Sinclair accepted a different role with this team, dropping into an attacking midfield position instead of her usual spot at striker. She scored just one goal in the tournament, in Canada’s opening match against Japan.

That doesn’t mean she was ineffective, though. Sinclair drew the foul that led to Jessie Fleming’s goal in the 68th minute in the gold medal match. Without that critical play, Team Canada players would likely have a silver medal around their necks right now.

“With this group of players, deep down, I think the whole lot of them have done it for Christine Sinclair to get that gold medal that she truly deserves,” said Canada head coach Bev Priestman. “She’s a special human being. She shows the values of Canadians — humility. She does anything it takes to make her country proud, and she deserves this special moment.”

Sinclair put her country before her pride by electing to let others take penalties — which used to be exclusively her job. She handed the ball to the right player in the semi-final and final, as the 23-year-old Fleming was clinical with a pair of PK goals.

“I’m so proud of this team because we had a goal to change the colour of the medal, and we landed on the top of the podium,” said Sinclair. “We didn’t make it easy on ourselves, but we fought and clawed and scratched our way to the top. It’s an honour to be a part of this group.”

Canada is the only country to stand on the podium in each of the last three Olympics.

“To be a part of this group now standing on the top of the podium, honestly I never thought I’d be part of that group,” Sinclair added. “I thought that Canada was capable of it at some point, but it happened fast. We won three Olympic medals after John [Herdman] came in and changed everything for us. He changed the trajectory of the program, and I think a lot is owed to him.”

If Sinclair’s individual accolades inspired a generation, certainly the team effort to capture gold will do the same.

“We wanted to create a moment in Canadian history that can change the game forever,” said Priestman. “We knew that we were going to get gold, and we were going to do anything in our power to make Canada proud, and the players absolutely did that. It went right to the very end, but when this group faces adversity, they step up.”