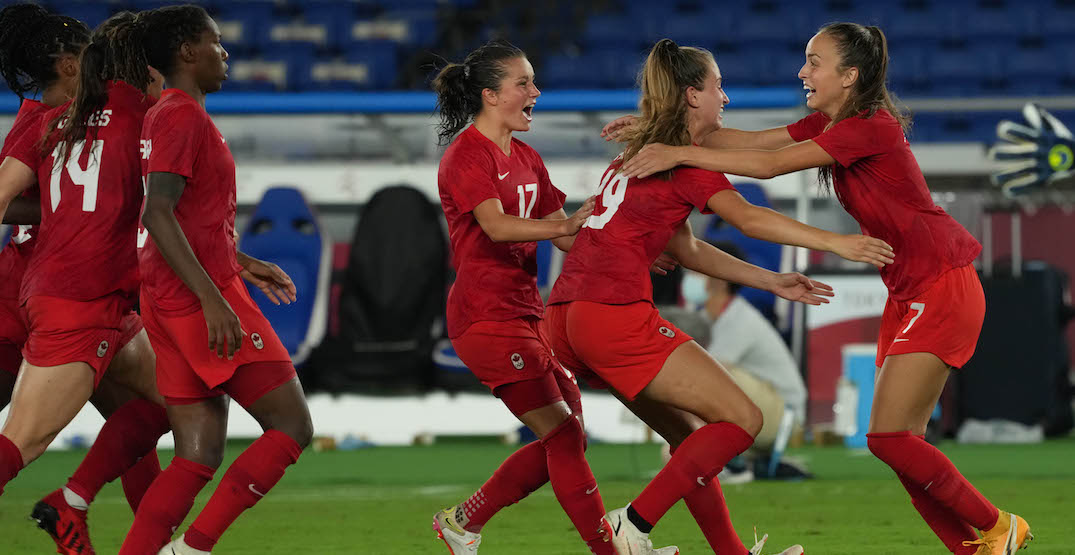 At just 20 years old, Julia Grosso has scored the goal of her life.

After goalkeeper Stephanie Labbe kept Canada alive by allowing just two goals on six shots in the penalty shootout of the Olympic gold medal match against Sweden, Grosso had a chance to win the game for her country.

She made no mistake.

The sixth player picked for Canada, the Vancouver native delivered the winning goal.

Grosso was an unlikely hero of sorts for her country. Known more for her strong play in midfield, she’s never scored a goal for her country at the highest level in 29 appearances — though she did have a good shot on goal in extra time. She came on as a second half substitute, but wasn’t one of the first five players asked to kick in the shootout.

But when a sixth shooter was needed, Grosso powered the ball by the Swedish goalkeeper, clinching the win for Canada before getting mobbed by her teammates.

CANADA YOU ARE FINALLY GOLDEN 🇨🇦🥇

Grosso began playing soccer at four years old for the Italian Canadian Sports Federation in East Vancouver. She went to Vancouver Technical Secondary School, before transferring to Burnaby Central, where she played with the Whitecaps FC Girls Elite REX program in partnership with BC Soccer.

Like many of her teammates, Grosso grew up idolizing Christine Sinclair, so clearly it’s a thrill to be playing with her now.

“Still to this day, I’m like, oh my gosh, I identify with this legend and she’s amazing,” Grosso told Karin Larsen of CBC last month. “It’s crazy … but it’s still really cool.”

Not only does she identify with Sinclair now, she stood at the top of the podium with her.