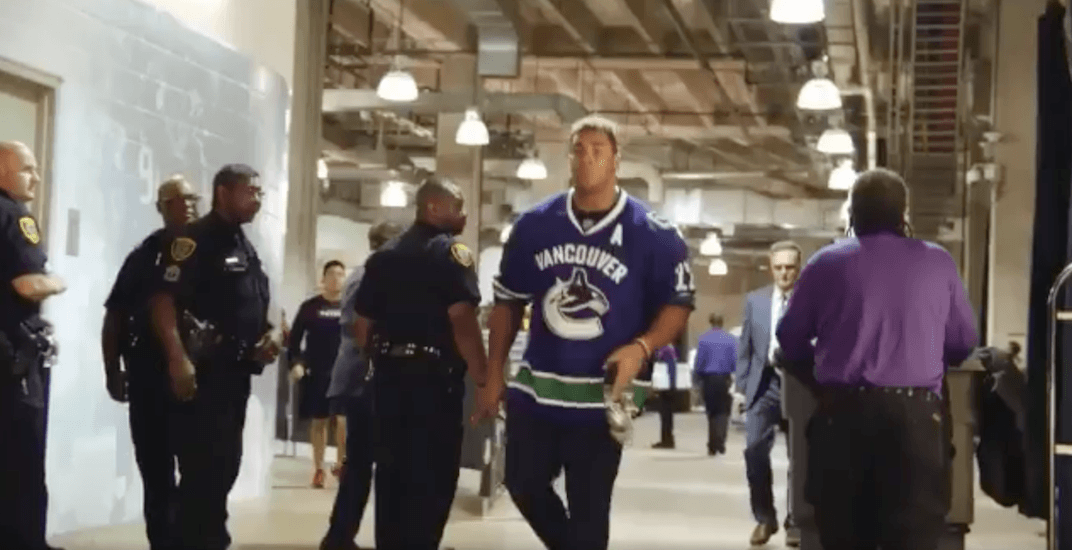 The 24-year-old Vancouver native made a fashion statement before his team’s game in Week 3 against the New York Giants. No, he didn’t show up with a big hat, a gold chain, or a LeBron James short-suit.

He rolled in wearing a Daniel Sedin Canucks jersey.

Not only is that something you don’t often see on NFL Sunday, it might be the only Daniel Sedin jersey in circulation in the city of Houston.

A 6-foot-2, 305-pound lineman, Covington played high school football at Vancouver College, and is a BC Lions draft pick. The son of Canadian Football Hall of Famer Grover Covington, Christian is currently in his fourth NFL season with the Texans.