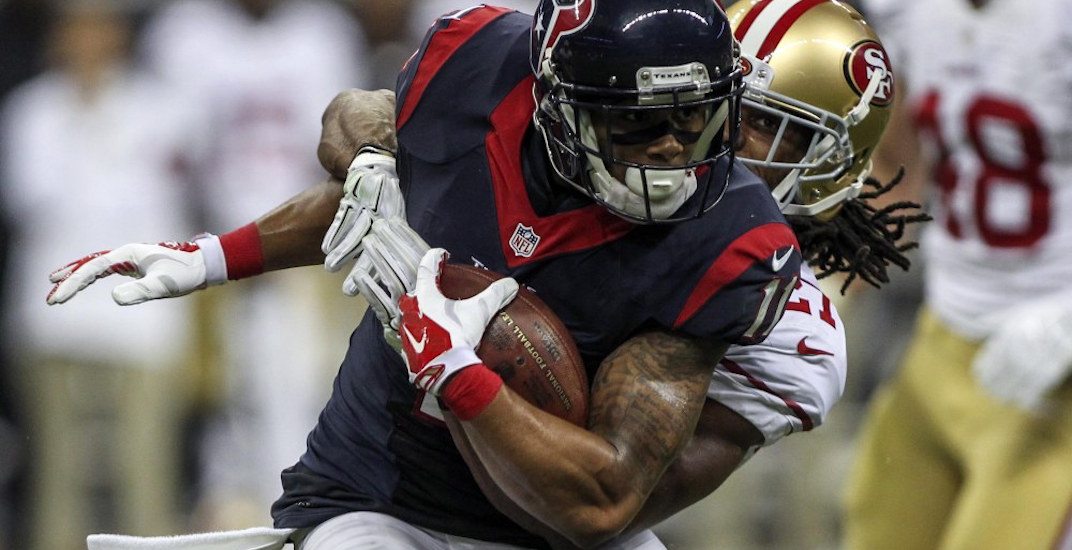 The BC Lions have added to their aerial attack, inking the MVP of last year’s Grey Cup, DeVier Posey.

Posey left the Toronto Argonauts earlier this year to pursue the NFL with the Baltimore Ravens. Needless to say, it didn’t go as planned for the 28-year-old, who’s back in Canada.

A third-round draft pick by the Houston Texans in 2012, Posey appeared in 26 games over three seasons, racking up 272 yards on 22 catches before being traded to the New York Jets in 2015.

In 16 regular season games over the past two seasons, he made 65 receptions for 905 yards. With top receiver Manny Arceneaux currently injured, DeVier is undoubtedly a welcome addition.

“DeVier will definitely help our offence heading into a very critical part of our schedule,” said GM Ed Hervey. “He’s demonstrated the ability to make game-changing plays and he will be a significant addition to the talented group of receivers we have now.”

Posey had one heck of a game last November, making seven catches for 175 yards to lead the Argos to a surprise Grey Cup win, that included a CFL-record 100-yard touchdown catch.

The 6′ 2″, 210-pound receiver will join his new team at practice on Monday, as the Lions prepare for their next game, on the road against the Montreal Alouettes this Friday.

BC trails the final playoff spot by just two points, and have two games in hand on the team they’re chasing, the Winnipeg Blue Bombers. With four straight games upcoming against lowly Eastern Division teams, now is the time for BC to start making up ground before they head into the stretch drive.