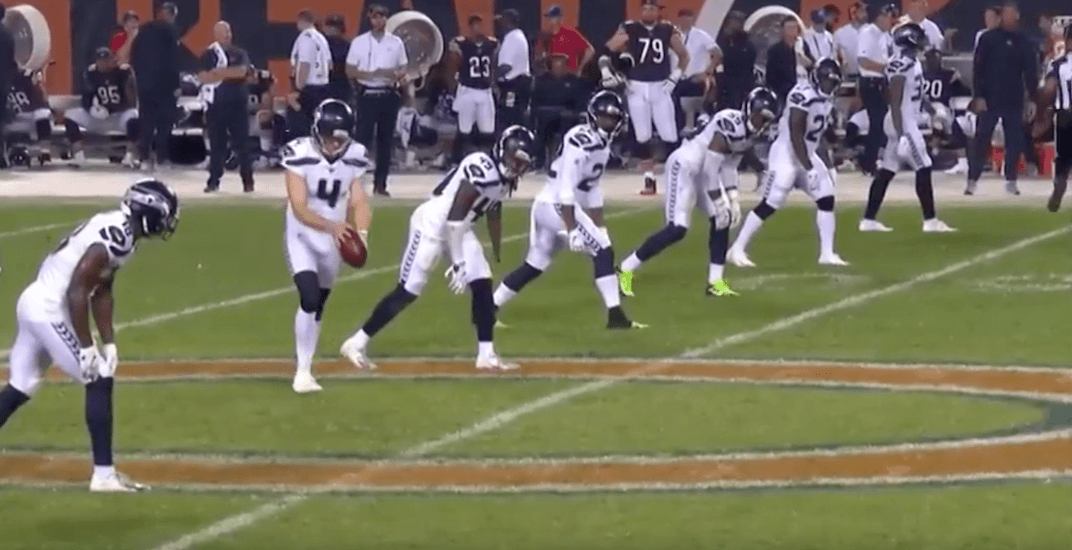 Not since Crocodile Dundee has an Australian caused this many Americans to do a double-take.

Rookie Seattle Seahawks punter Michael Dickson was entrusted to perform kickoffs for his team this week, using a technique that’s rarely – if ever – been seen in the modern game.

Rather than kick off a tee, the Sydney native used the dropkick technique, to the amazement of Monday Night Football commentators Joe Tessitore and Jason Witten.

“I don’t know if it ever happened Joe,” Witten replied.

Late in the game, Dickson even attempted a drop-kick onside kick.

Dickson, 22, grew up playing Australian Rules Football, where the dropkick is more commonly used – although it’s going out of style in that sport too. The drop kick is also used in rugby – another sport that’s hugely popular Down Under.

Dickson moved to the United States in 2015 to try his hand at American football in the NCAA for the University of Texas. He was drafted by the Seahawks in the fifth round last April, and won the starting punter job over Canadian Jon Ryan last month.

The Seahawks lost to the Chicago Bears 24-17, dropping their record to 0-2, but Dickson has been a bright spot. The Aussie currently who leads the NFL in net punting yards this season.