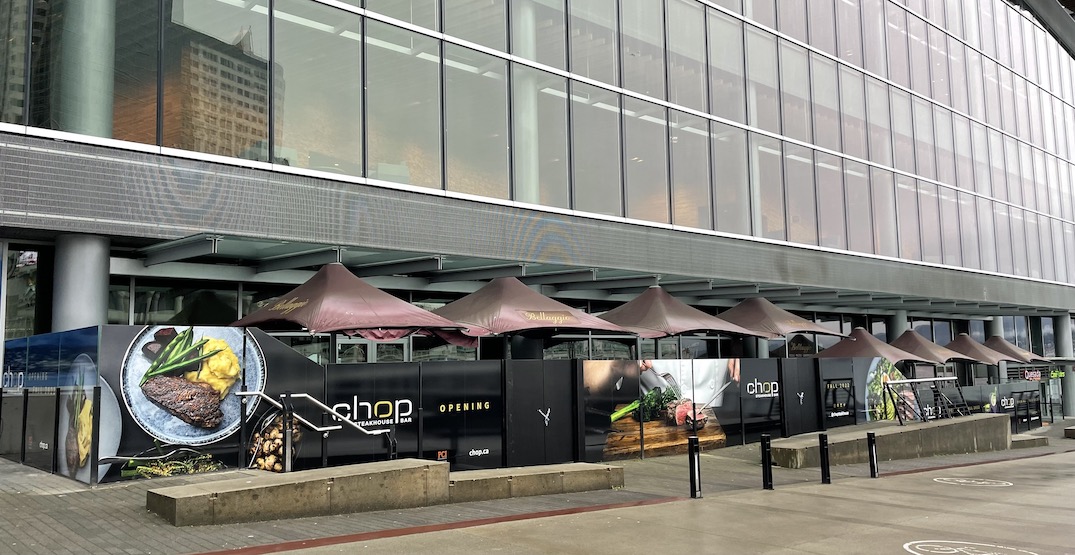 One of Canada’s steakhouse chains looks to have set its sights on Vancouver, Chop Steakhouse & Bar has put up signage at the Convention Centre West Building, signalling an opening is imminent.

The company, which coins itself as offering “Canada’s ultimate steak experience,” has branded boarding up around 1055 Canada Place Suite 26, the former location of a Bellaggio Cafe.

Chop operates one other BC location in Richmond as well as over a dozen outposts in Alberta, Saskatchewan, Manitoba, Ontario, and Nova Scotia.

The chain is known for its large menu of appetizers and mains but of course, it’s most recognized for its steak offerings.

Chop’s steaks are seasoned with Old Chicago steak spice and seared in a 1800°F infrared grill to create a “perfect crust.”

Dished Vancouver has reached out to Chop for more details on this opening. Stay tuned!