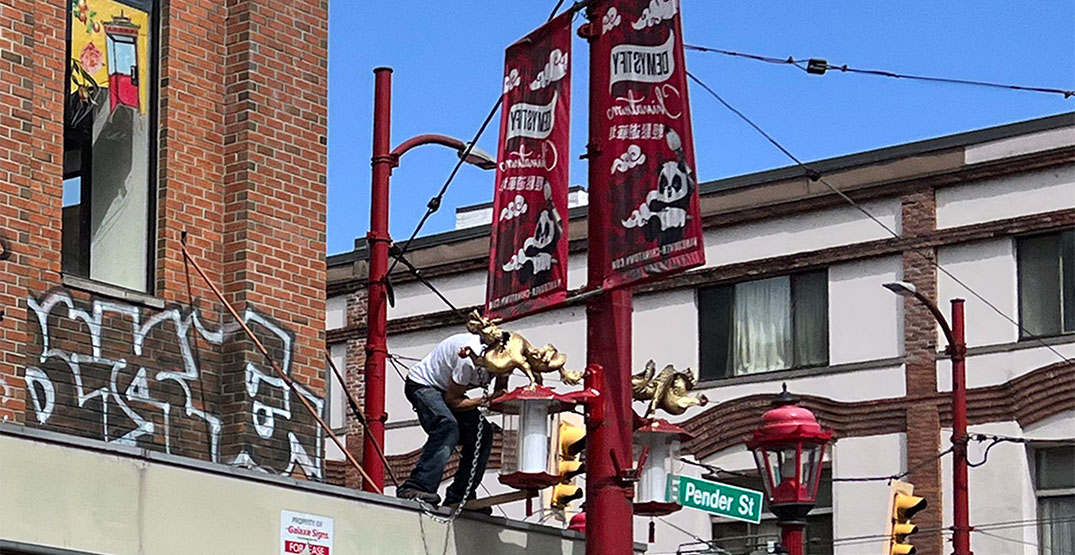 Two men used a distraction technique to steal a decorative dragon off a lamp post in Chinatown on Sunday.

Photographer Norman Eric Fox witnessed the antics at Pender and Columbia Streets while driving by and snapped several photos. He said one man was on the ground with a leaf blower, and the noise covered up the sound of the second man’s hacksaw. 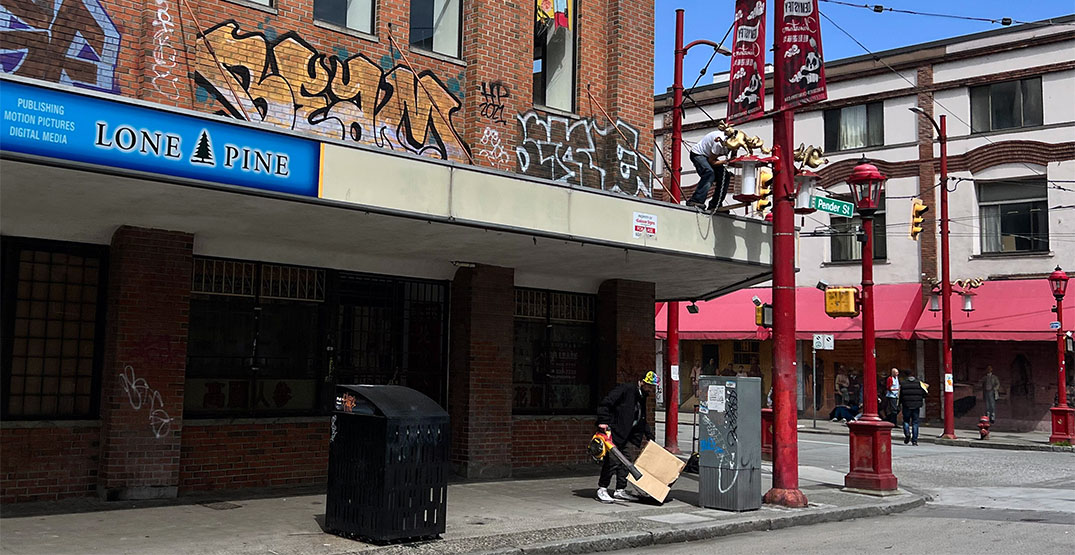 The second man was crouched on top of the red lamp post and looked like he was trying to dislodge one of the dragons. Fox also saw what appeared to be a duffel bag nearby — perhaps to hold the stolen item. 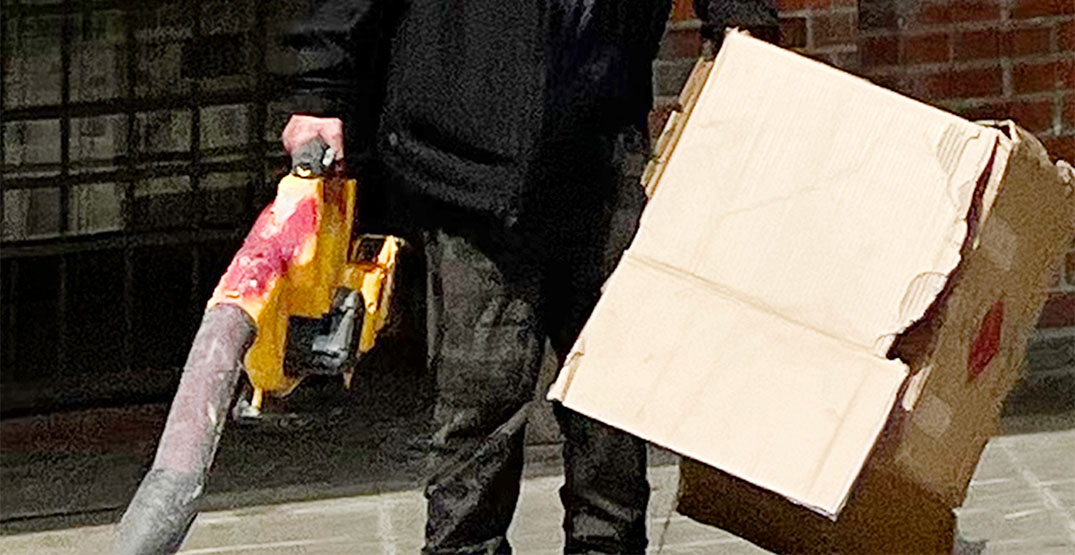 “It was totally brazen,” Fox told Daily Hive. “We’ve got lots of problems in the Downtown Eastside, but these guys aren’t a problem of drug abuse or mental health or anything. This is just pure criminal behaviour.”

Fox added that he lived and worked in the Downtown Eastside for many years and that these men getting away with the theft shows the lack of care the City of Vancouver has for the neighbourhood.

The Vancouver Police Department said it’s aware of the incident and is investigating.

“You can’t make this stuff up, right?” she told Daily Hive. “You’ve got to give them credit for being original.”

Lowe, an outspoken advocate for the neighbourhood, says stunts like this are just the tip of the iceberg. Increasing crime and a lack of solutions from policymakers are having a negative impact on seniors who live there and are leading to high business vacancy rates in the neighbourhood.

“Chinatowns… we usually we put our heads down, we don’t make waves. But this sort of thing that’s going on, it’s hurting our neighbourhood,” she said.

She’s spoken at length about issues of Anti-Asian racism, lack of support for homeless individuals, and untreated drug use problems that intersect in the neighbourhood — and solutions won’t be simple.

Increasing police patrols can only do so much, and Lowe said it’s not feasible to station an officer on every corner waiting for people to jump on a lamp post to saw part of it off.

She wants to see more wraparound social supports and better help for local businesses to combat the high commercial vacancy rate — and for the City to scrap its proposed Empty Stores Tax. She also hopes the increased foot traffic that cruise ships bring as they return to Vancouver will help.

A City of Vancouver spokesperson told Daily Hive the lighting unit on the lamp will be removed for repairs Wednesday, and put back into service in about a week. The spokesperson added the dragon is made of cast iron, and wouldn’t be worth much as scrap metal.

The City also said it recognizes Chinatown is facing an increase in graffiti and vandalism, and it’s working with community partners to improve safety and livability.

“We are shocked and dismayed to hear of the attempted destruction of one of the iconic dragon street lights on Pender Street in Chinatown. These lights are compelling and culturally significant design elements in this historic neighbourhood.”