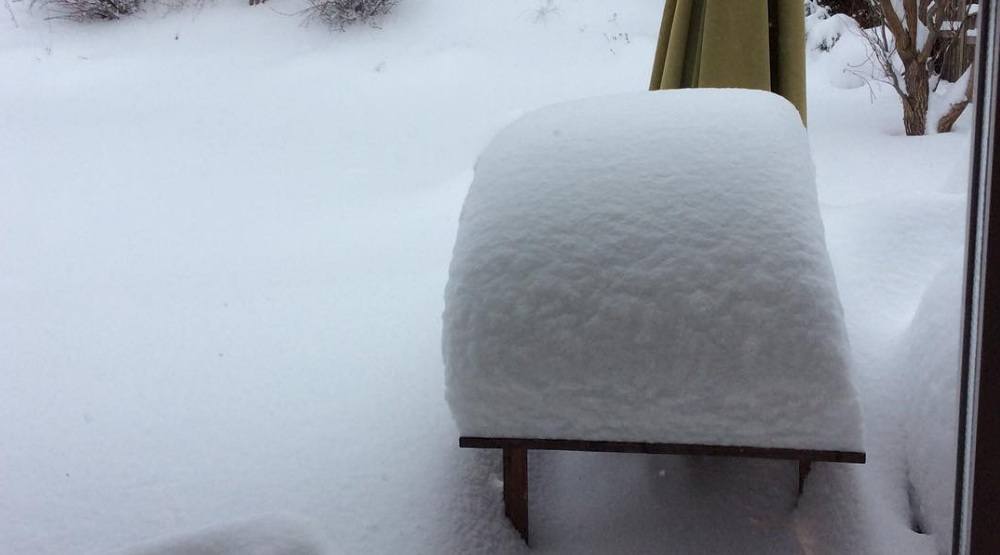 If you thought we had it bad with the white stuff here in Vancouver over the weekend, spare a thought for our Fraser Valley neighbours in Chilliwack.

According to the Weather Network, the city was hit with 77 cm of snow in just 72 hours.

Or, put another way, the city received its yearly snowfall average in just three days.

The storm also caused tens of thousands of outages across the South Coast over the weekend, peaking at 128,000 – athough fewer than 2,000 outages remain Monday morning.

The Alex Fraser Bridge was also closed for a short period of time Sunday afternoon due to poor weather.

Many schools in the Fraser Valley have closed their doors Monday including, the University of the Fraser Valley due to deteriorating road conditions. Langley, Chilliwack, Abbotsford, Hope, Mission and Maple Ridge-Pitt Meadows school districts are closed.

Meanwhile, Chilliwack residents snapped and shared shots of the snow.

What we woke up to in #Chilliwack yesterday. #MEC #misting #Rosedale #Snowpocalypse pic.twitter.com/XjJjoid8AE

My friends car I’m Chilliwack this morning. At least, he thinks it’s his… pic.twitter.com/OiB9pT2w1z

Not something we see often at our Chilliwack Division #mothernaturewins pic.twitter.com/vDNSoeb5Cf

A photo posted by Polymer Clay Miniature Horses (@bemessycreations) on Feb 6, 2017 at 8:02am PST