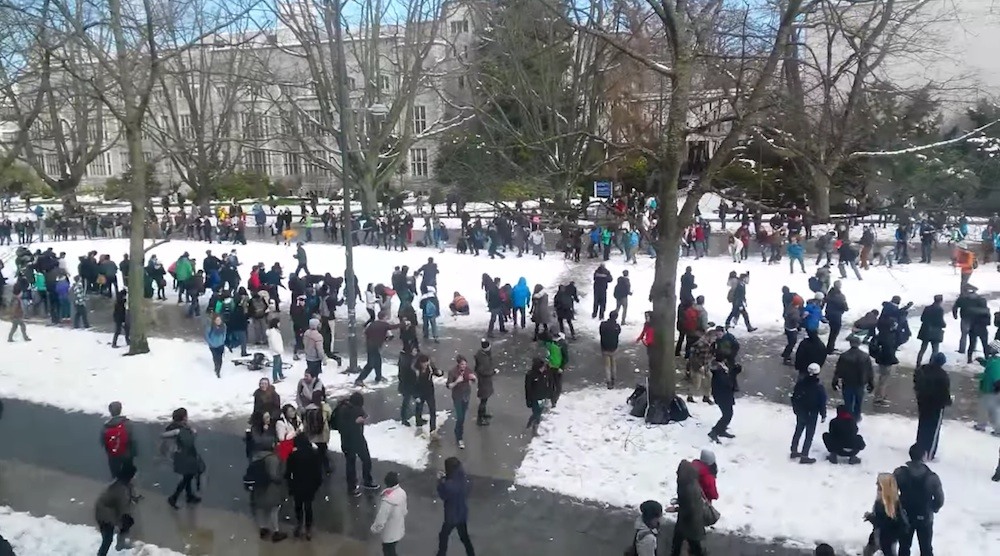 The last time this happened at the University of British Columbia’s Point Grey campus was nearly three years ago.

On Monday just after noon, thousands of students, faculty, staff, and members of the public are slated to participate in a massive campus-wide snowball fight on the Main Mall, between the Sauder School of Business and Chemistry buildings.

The snow flies throwing only after the official countdown at exactly 12:10 pm, but participants may “start secretly collecting [their] artillery” prior to the official start.

“It’s February and we’ve got snow,” event organizers UBC Party Calendar wrote on the event’s Facebook page. “So let’s take advantage and have an amazing, massive, and oh so Canadian campus-wide snowball fight!”

There will be hot chocolate available at approximately 12:30 pm, when the snowball fight ends.

The last time this happened was on February 26, 2014 when the city also saw a major later-winter snowfall.

Where: Main Mall from University Boulevard to Agricultural Road at the University of British Columbia (between the Sauder and Chemistry buildings)