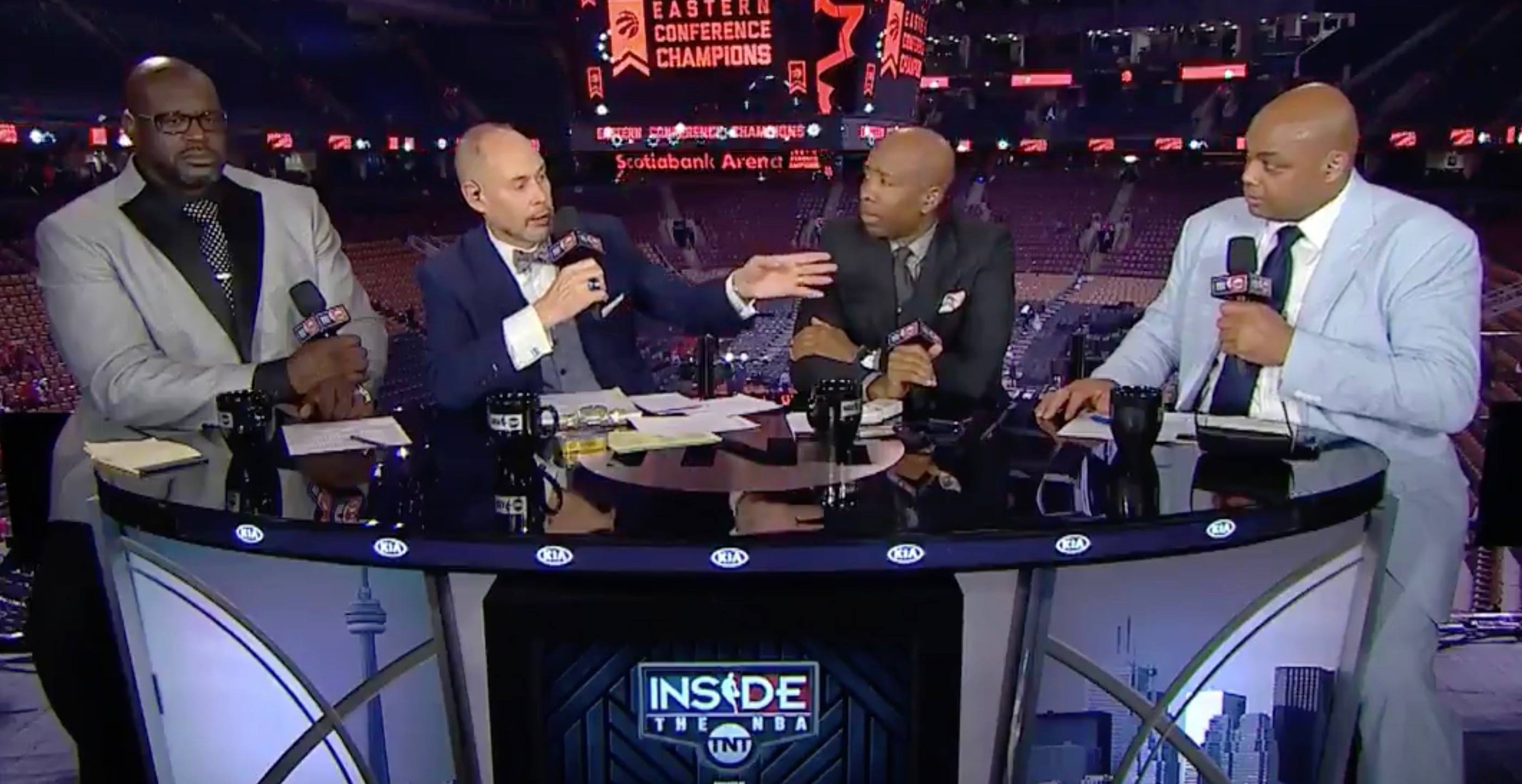 If you’re not already on the Raptors bandwagon, you damn well should be.

For one thing, you’ll be in good company.

Last night, after Toronto’s incredible Game 6 come-from-behind victory against the Milwaukee Bucks, Charles Barkley told the rest of his NBA on TNT team that he is picking the Raptors to beat the Golden State Warriors in this year’s NBA Finals.

“There’s no player in the NBA I’d rather have more than Kawhi Leonard. He’s a drama-free superstar.”

Shaquille O’Neal, Barkley’s co-star on TNT, was also effusive in his praise of the Raptors star forward.

The Inside crew shares their NBA Finals predictions. 👀

Who are you picking? pic.twitter.com/9t6KqWK5Ew

It’s been hard for anyone not to laud the accomplishments of the recently named NBA All-Defensive Second Team member in the playoffs this year.

From ‘the shot’ against Philly, to his MJ-esque series dominance, Leonard has already proven beyond a shadow of a doubt that trading for him during last off-season was more than worth it, despite the opinion of most fans at the time.

Speaking of fans, Barkley himself hasn’t been shy about his love for the 6ix during its 2019 playoff run, even going so far as to declare last week that “My favourite city in the world is Toronto, Canada!”

While last night, a simple, “I’m taking the Toronto Raptors” was all that was needed to solidify his belief in both this city and its team.

We agree on both accounts, Charles.